Chris Myson
The new signing provided a goal and an assist as the Citizens recorded a convincing win at West Ham, earning praise from his manager

Guardiola's men romped to a 4-0 victory at London Stadium, with Jesus grabbing a goal and an assist on his first Premier League start.

Kevin De Bruyne, David Silva and Yaya Toure scored as City won for only the second time in five league matches to move level on points with fourth-placed Liverpool.

Guardiola was thrilled with his front three of Jesus, Leroy Sane and Raheem Sterling, who tormented West Ham with Sergio Aguero controversially left on the substitutes' bench along with regular goalkeeper Claudio Bravo.

"Gabriel Jesus is a fighter with instinct for the goal," Guardiola said to BBC Sport.

"He is good at assists too and I like the fans to be excited.

"We played a front three with an average age of 20. Those players are the future of the club.

"Leroy Sane had some problems at the beginning but now he is settled. They will be important players for the next few years.

"Our high pressing was good and we were so aggressive without the ball." 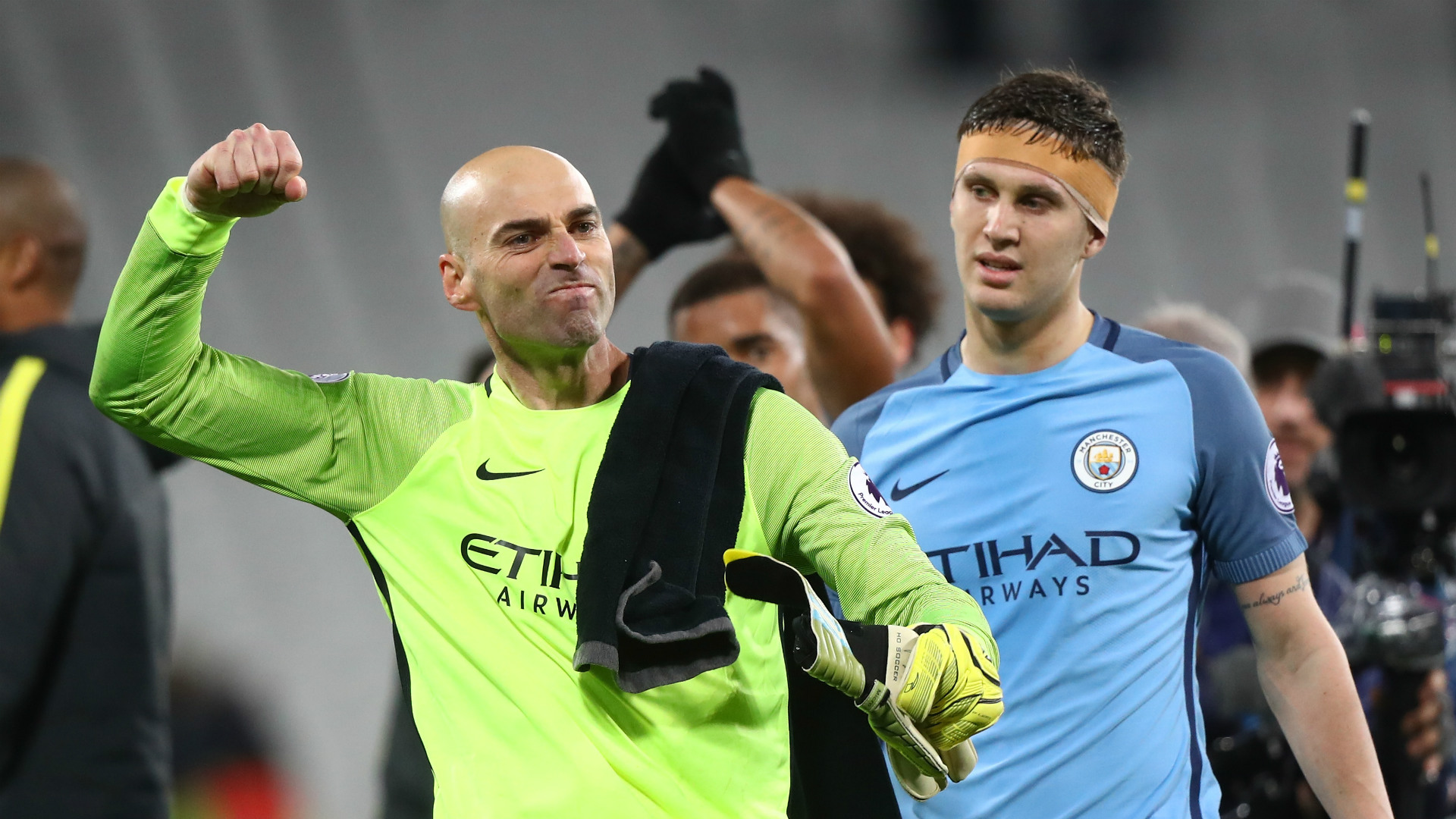 Guardiola insisted he still has confidence in under-fire Bravo, despite opting to select Willy Caballero in the top-flight for the first time since August.

"I have a lot of confidence in both," he said.

"I am going to enjoy our victory and then from Thursday I will think about our next game."

City, who also have a 5-0 FA Cup win at West Ham to their name this year, are back in action at home to Swansea City on Sunday.