Japan hosted the competition for the very first time in 1992 and also went on to secure their first title. Once again 20 countries took part in the qualifiers but the number of teams in the final round decreased from ten to eight with hosts Japan and holders Saudi Arabia qualifying automatically. There were two groups of four with the top two teams from each progressing to the semis. Japan had not even reached the semis of any of the previous editions, so reaching the final was already their best finish. But the ‘Samurai Blue’ was not content with that as they beat Saudi Arabia 1-0 in the final to end the kingdom nation’s domination. The trophy was won by an East Asian nation for the first time since 1960.

The Asian Cup got bigger than ever before in the 1996 edition with as many as 33 nations participating in the qualifying stage and 12 featuring in the main draw. UAE were the hosts and for the very first time there were three groups of four in the group stage. Also for the first time ever there was a quarter-final stage with the top two teams from each group and the two best third placed sides progressing to the last eight. Holders Japan were knocked out from the quarters and the semis comprised of four West Asian teams. The final was contested by hosts UAE and two-time champions Saudi Arabia. For the second time in the competition’s history, the final was decided on penalties. Back in '88, Saudi had beaten South Korea in the shootout and eight years later once again the kingdom nation emerged victorious on penalties to become the second nation after Iran to win the Asian Cup thrice.

Lebanon, who had never featured in any previous edition, hosted the tournament in 2000. 42 countries played in the qualifying stage, with 10 progressing to final rounds along with holders Saudi Arabia and hosts Lebanon. The format was similar to that of the 1996 edition as once again 12 teams were divided into three groups. For the first time ever there were three teams from East Asia in the last four. Saudi Arabia was the only West Asian nation in the semis, where they beat South Korea 2-1 to maintain their record of reaching the final of every edition they participated. The final was a repeat of the 1992 showpiece match as Japan stood in the way of Saudi’s fourth crown. The kingdom nation was looking to become the first team to win the trophy four times but just like in '92, Japan recorded a 1-0 victory to secure their second Asian Cup title. 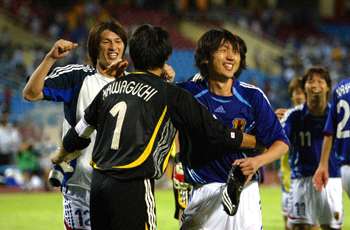 China hosted the 2004 edition, which will remain a landmark edition in the competition’s history as for the first time ever 16 teams were involved in main draw. Fourty-one teams participated in the qualifiers over two separate rounds with 14 progressing to the final rounds to join China and holders Japan. There were four groups of four with the top two teams from each making it to the last eight. The biggest talking point of the group stage was the elimination of three-time winners Saudi Arabia, who had reached the final of each of the previous five editions in which they had participated. Two other former winners Kuwait and UAE also could not make it past the group stage. Japan however maintained their consistency as they reached their third final in four editions after topping their group and recording hard fought wins in the quarters and semis. Bahrain were the biggest surprises of the tournament as they finished fourth but all eyes were on hosts China, who managed to go all the way to the final for the first time. But Japan totally outplayed them in the final and won 3-1 to equal the record of Iran and Saudi Arabia of winning three titles.

The next edition was held in 2007 and not 2008 because the AFC decided to not hold the tournament in the same year as the European Championships and Summer Olympic Games. Australia, who became a part of AFC in 2006, appeared in the Asian Cup for the first time after getting past the qualifiers. 2007 also saw the tournament being co-hosted for the very first time as four South-East Asian nations (Indonesia, Malaysia, Thailand and Vietnam) hosted the competition. Once again 16 teams featured in the group stage, with the format being similar to that of 2004. Also for the first time the defending champions were not given an automatic berth as holders Japan had to go past the qualifying stage.

The Aussies were one of the favourites of the tournament and thus were expected to comfortably top Group A but they were held to a draw by Oman and well beaten by Iraq in their first two matches. A thumping win over Thailand helped them qualify for the quarters as group runners-up behind Iraq. However Australia would eventually bow out in the quarters after losing out on penalties to Japan. 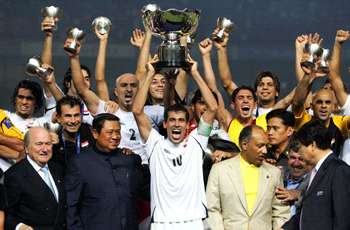 Fairytale | Iraq triumped against a backdrop of war

Vietnam was the only host nation to get past the group stage after finishing second in Group B behind holders Japan. But Vietnam were beaten 2-0 in the quarters by Iraq. Three of the remaining knockout matches of the tournament were decided on penalties. One of them was the semi-final between underdogs Iraq and two-time champions South Korea. Iraq won that to reach their first ever final where they would face Saudi Arabia, who had defeated Japan in a five goal thriller in the other semi. Despite Iraq’s fairytale run to the final, the Saudis were favourites to secure their record fourth title. But against all odds, Iraq captain Younis Mahmoud scored a 72nd minute winner to cause one of the biggest upsets in sport. The unexpected triumph gave the war-torn nation finally something to cheer about as they lifted their first ever Asian Cup crown. Till date, it is surely Iraq's biggest moment in football.
﻿

on our Asian Cup Homepage!
Close