What began as a profitable period in South Korea's football history - and included India's best ever finish at the tournament - turned eventually into an era of West Asian domination.

Two years after the formation of AFC (Asian Football Confederation), Hong Kong hosted the first edition of the Asian Cup back in 1956 which had only four teams featuring in the final round, with 11 teams competing in the qualifying stage. The final round was played in a round robin format. South Korea emerged as champions after winning two of their three matches while Israel, who was at that time part of AFC, finished runners-up. Hosts Hong Kong finished third while South Vietnam stood fourth.

The Koreans retained the trophy four years later in their own country after once again topping a four-team round robin league, this time by winning all their three games. Ten countries took part in the qualifiers including India but only Israel, Republic of China and South Vietnam progressed to the final round. Israel once again was runners-up with China and South Vietnam finishing third and fourth respectively. 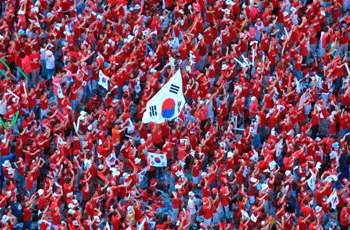 The 1964 edition will remain one of the most memorable competitions in Indian football history as India finished runners-up, which is also their best ever finish in the Asian Cup. Israel hosted the tournament and South Korea qualified as holders. Hong Kong also made it to the final round after finishing top in the qualifying round. India progressed after the withdrawal of Iran and Pakistan and certainly made the most of their participation as they won two of their three matches to finish second behind eventual winners Israel. India defeated holders South Korea 2-0, lost to Israel by the same scoreline and ended the tournament with a 3-1 victory over Hong Kong. Striker Inder Singh also finished joint top scorer of the tournament with two goals.

The next six editions were won by West Asian nations with Iran winning thrice, Kuwait once and Saudi Arabia notching a double. Iran hosted the 1968 edition which had five nations in the final round and was oncee again played in a round-robin format. The hosts emerged champions after winning each of their four matches to win their first ever Asian Cup title.

Thailand hosted the '72 edition and for the first time ever the tournament had separate group and knockout stages with six teams being divided into two groups. The top two teams from each group qualified for the semis. In the final Iran faced South Korea and defeated them 2-1 after extra time to retain the trophy.

Iran became the first nation to host the tournament twice in 1976 and also became the first team to win a hat-trick of Asian Cups. The format was similar to that of '72, with six teams qualifying for the final round with two groups of three. Iran this time faced Kuwait in the final and defeated them 1-0, to secure their third successive continental title. To date no other nation has achieved that. 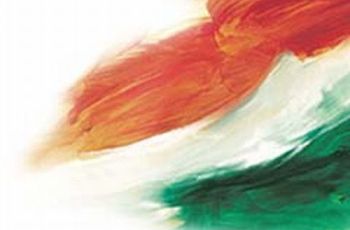 1964 | India managed their best ever finish

Kuwait were the hosts in 1980, which had as many as ten teams participating in the final round. There were two groups of five and Iran were favourites to win their fourth straight title but the morale in their camp got affected midway through the tournament when Iraq invaded Iran and that action was supported by Kuwaiti television as they aired propaganda in favour of the Iraqis. Eventually Iran lost out to Kuwait in the semi-finals, to suffer their first ever defeat in Asian Cup. Kuwait took on South Korea in the final and comprehensively won 3-0 in front of their home fans to win their first ever Asian Cup.

As many as 21 teams participated in the qualifying stage of the 1984 edition with eight nations progressing to the final round to join holders Kuwait and hosts Singapore. Among those eight were India, who qualified for the Asian Cup for the only the second time. However they got knocked out from the group stage after finishing bottom of their group with just one draw and three defeats in four matches. Saudi Arabia and China contested the final and it was won by the former by a 2-0 scoreline to give the kingdom nation their first ever Asian Cup crown.

Qatar, the hosts of the 2011 edition, hosted the competition in 88' also as the competition returned to West Asia. Once again ten countries participated in the final round with 20 teams taking part in the qualifying stage. South Korea reached their third final but once again ended up as runners-up as Saudi Arabia retained the trophy after winning the showpiece match on penalties. It was the first time the final was decided by a penalty shootout.
﻿

on our Asian Cup Homepage!
Close