Chris Myson
Jurgen Klopp named the youngest team in the Reds' history but they were unable to break down the stubborn visitors, who earned a well-deserved replay

A youthful Liverpool team were held to a surprise 0-0 draw by fourth-tier side Plymouth Argyle in the FA Cup third round at Anfield.

The two teams will have to meet in a replay after the Reds, sitting second in the Premier League, failed to break down a team who occupy the same position in League Two.

Jurgen Klopp made 10 changes to his team as Liverpool fielded the youngest starting line-up in their history and the German now has an extra fixture to negotiate.

The hosts dominated possession and chances in the first half but struggled to create clear openings after the break, with the late introductions of Roberto Firmino, Adam Lallana and Daniel Sturridge failing to have the desired effect.

Liverpool were first to threaten, Sheyi Ojo's close-range header lacking power after Emre Can – the only player to keep his place from the draw at Sunderland – had headed into his path.

Ben Woodburn almost marked his full debut with a goal when he collected Can's pass, twisted past Yann Songo'o and drew a low save from goalkeeper Luke McCormick.

Divock Origi had a goal ruled out when referee Paul Tierney adjudged he had fouled defender Gary Miller prior to firing past McCormick from inside the penalty area. 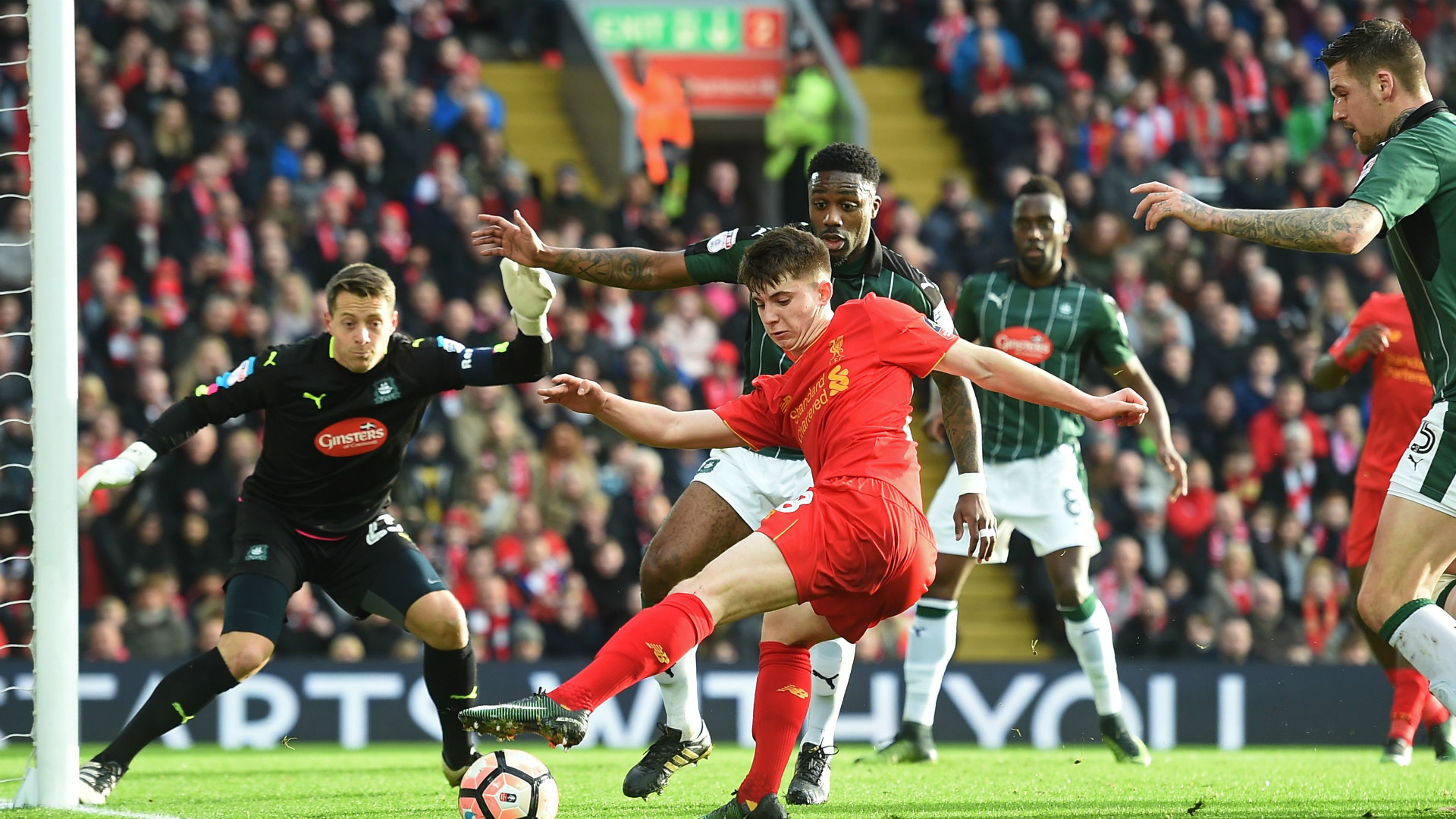 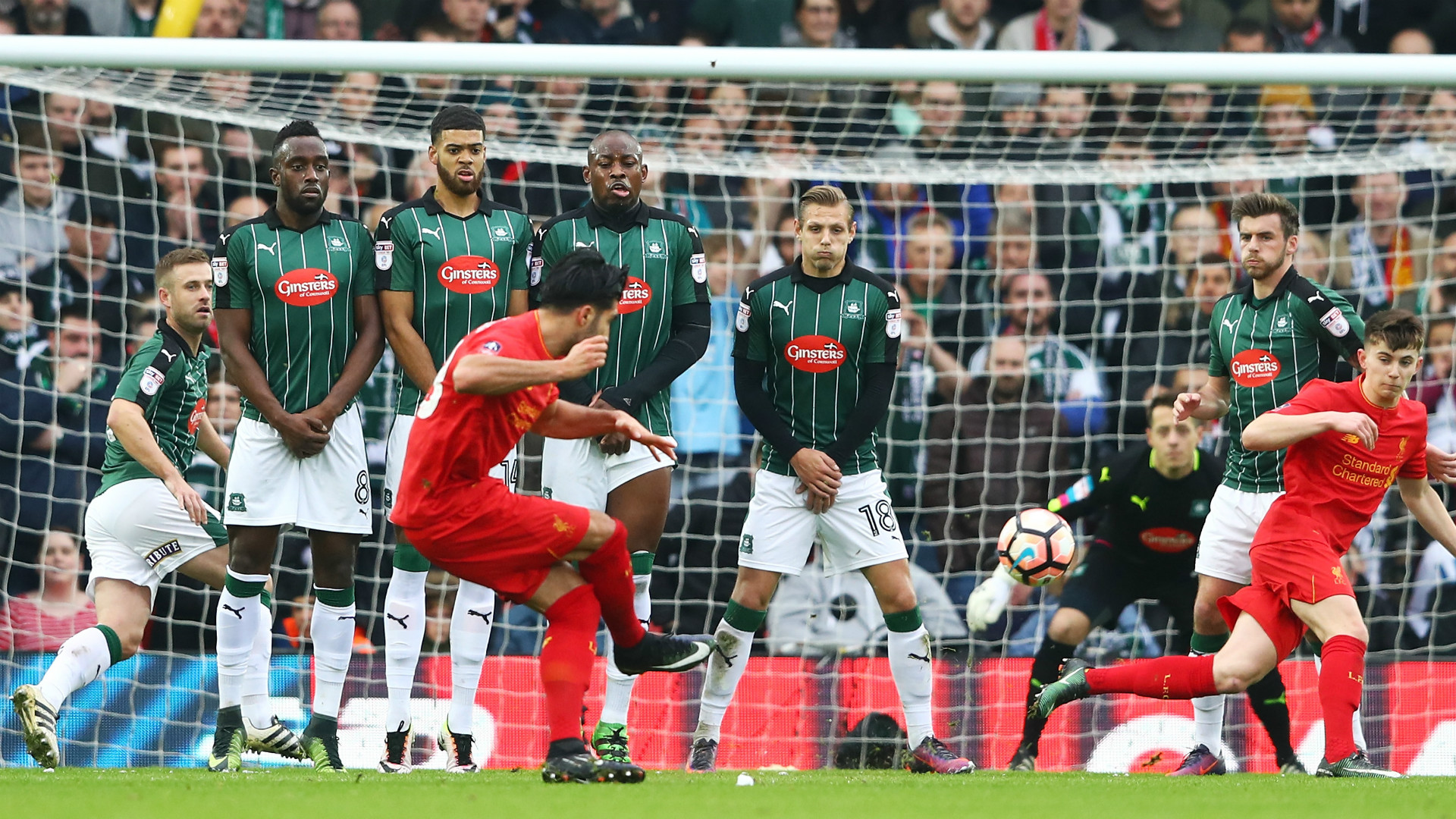 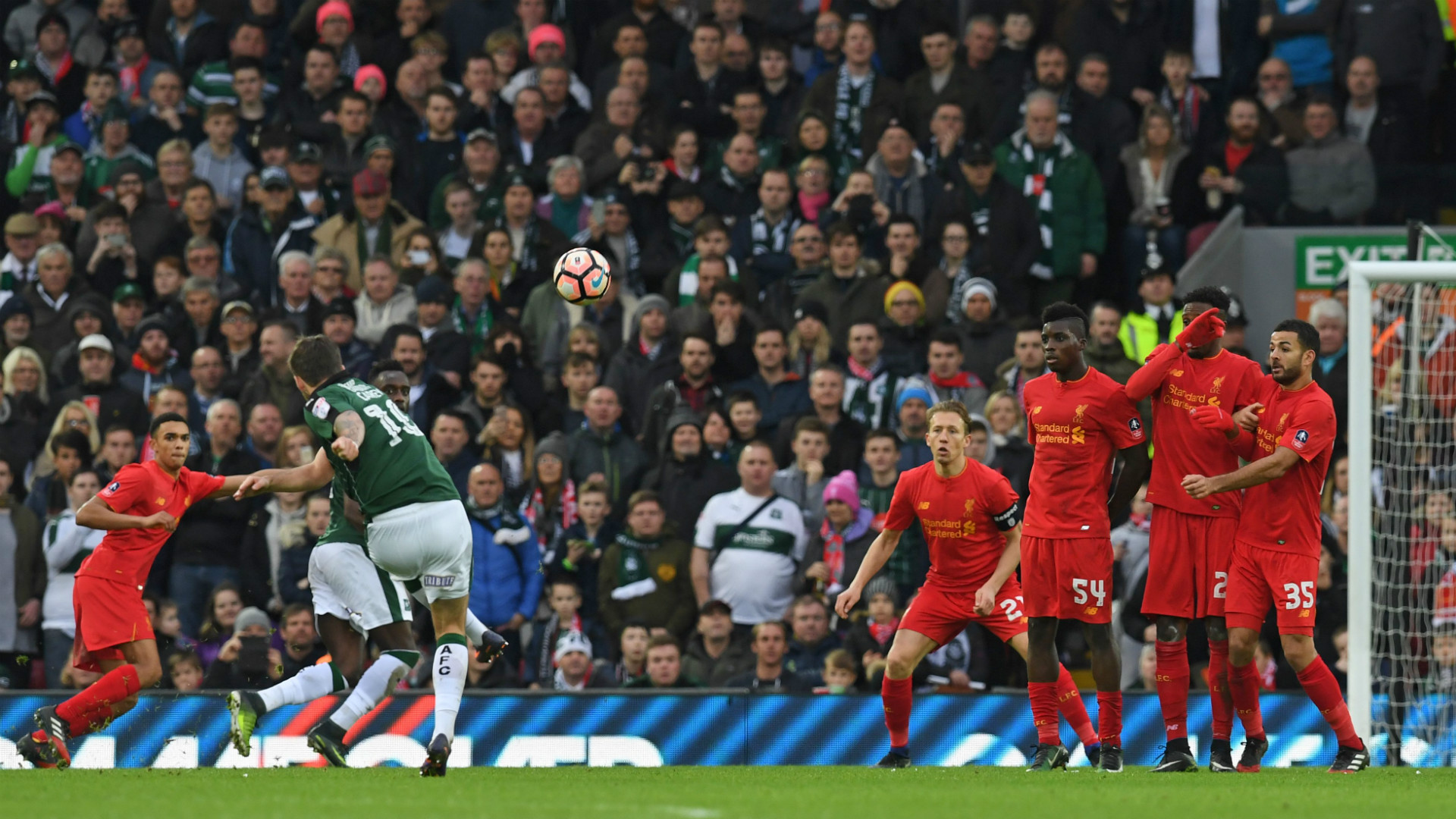 Plymouth worked Loris Karius for the first time with Graham Carey's ambitious 30-yard free-kick early in the second half.

Lucas Leiva's drive from 25 yards was kept out by McCormick at the other end, but Liverpool were not creating many clear opportunities.

That prompted Klopp to bring on Sturridge for Can in the 63rd minute and the England striker immediately came close, shooting just wide from the edge of the box.

Firmino and Lallana were also introduced for the final quarter of an hour as Liverpool sought to avoid a replay, but the hosts needed Kevin Stewart to make a timely intervention to stop a breakaway from Derek Adams' men.

Sturridge's header from Firmino's cross looped onto the roof of the net and he then dragged another effort wide in the closing stages, as did Jake Jervis for the Pilgrims.

The delighted visitors and their supporters realised the draw was theirs after overcoming one last scare, McCormick getting down quickly to prevent an own goal from Connor Smith during six minutes of stoppage-time.