Juventus boss Massimiliano Allegri says it would be disrespectful to praise just Dani Alves or any other single player following the team's Coppa Italia triumph.

The Serie A leaders won Italy's top cup competition for a record third season in succession thanks to Wednesday's 2-0 victory over Lazio in Rome.

Alves opened the scoring with his sixth goal of the campaign to continue his excellent run of form, with Leonardo Bonucci netting the second before half-time.

Allegri, however, was eager to credit his entire squad after they took their first step towards winning a treble of Serie A, Coppa Italia and Champions League. 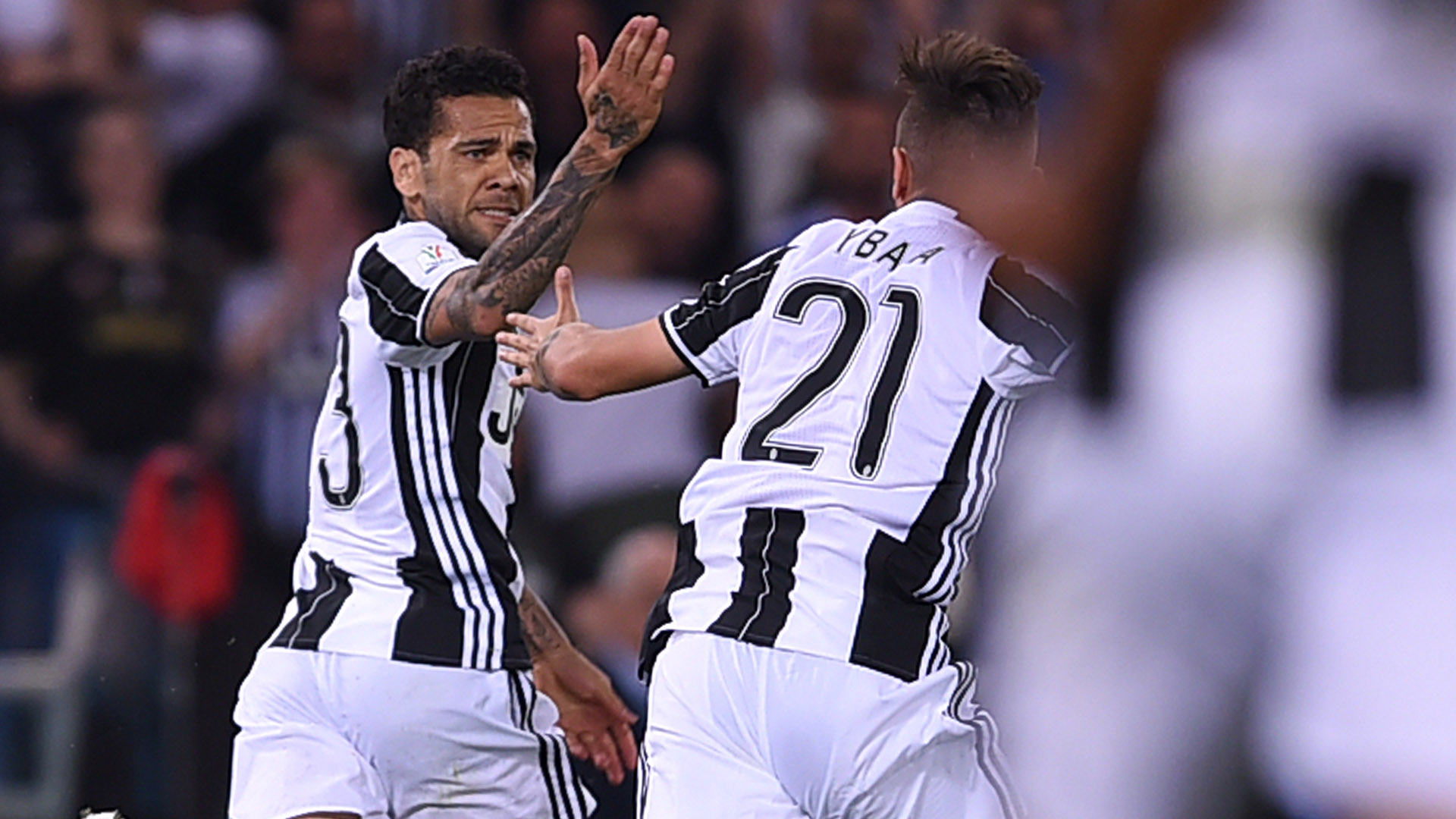 "To talk about a single player would be disrespectful to the others. It's down to everyone that we got this, our first objective," he told Rai Sport.

"Congratulations to the boys, because they were amazing. I congratulate Lazio, too.

"We redeemed the performance on Sunday [a 3-1 loss to Roma]. We were good defensively again. We had a couple of favourable moments but Lazio played a great game."

Lazio coach Simone Inzaghi felt his side paid the price when a possible handball by Andrea Barzagli went unpunished in the early stages.

Balde Keita raced into the area on the break and saw a shot deflect off the defender's hand and hit the base of the post, only six minutes before Alves opened the scoring.

"We're talking about the Champions League finalists but they were up against a Lazio side that was unlucky," he said.

"In the first half, there was a handball to turn it on to the upright and that could have changed the game. A final is decided by incidents and the incidents did not go our way."

Juve now switch their focus to Sunday's league game with Crotone, knowing that a win will guarantee a sixth title in a row.

"It'll be tough against Crotone," Allegri said. "We need one victory and this will be the decisive match of the season, so we need all our fans there. We have to play with the same determination we showed [against Lazio]."