Patric Ridge
The Argentine settled the game with an impressive goal in the first-half, stretching the home side's lead at the top of the table to seven points

Gonzalo Higuain's thunderous strike ensured that Juventus opened up a seven-point lead at the top of the table and equalled their own record for the longest home winning streak in Serie A history with a 1-0 victory over nearest title rivals Roma.

Former Napoli forward Higuain moved to 10 league goals for the campaign 14 minutes into an enthralling clash at Juventus Stadium, blasting in from the edge of the area.

That made it 25 home league wins in a row for the Bianconeri, a feat they also achieved between August 2013 and November 2014.

Higuain's goal came after a full-throttle start from Massimiliano Allegri's side, with Roma fortunate to head into the interval with just a one-goal deficit.

And though Luciano Spalletti's men came into the fixture knowing that a win would move them within one point of the champions, Roma could not manage to find a way through Juve's resilient defence.

The victory is a vital one for Juve, who now have a comprehensive points cushion to build on heading into the second half of the season as they signed off for 2016 in Serie A ahead of their Supercoppa Italiana showdown with AC Milan next Friday, while Roma remain in second.

Kostas Manolas wasted no time in setting the tone, as his full-blooded challenge sent Mario Mandzukic crashing over the advertising hoardings 20 seconds in.

In response, Juve created the first opportunity, Higuain's effort forcing Wojciech Szczesny into an instinctive save.

Juve's forward duo combined excellently 10 minutes later - Mandzukic picking out his strike partner with a precise cross, but Szczesny was well-placed to hold onto Higuain's volley.

Higuain, however, made no mistake from Juve's next attack, slaloming around Daniele De Rossi and Manolas before thumping an unerringly accurate finish in off the left-hand upright.

Roma improved, but Radja Nainggolan, who netted a stunning winner against Milan last time out, could only find the side-netting as the visitors finally managed to muster an attempt.

Despite Roma's resurgence, Juve went close to a second prior to half-time when Higuain's strike was saved by Szczesny, although the Argentine had been flagged offside.

Manolas could have levelled at the other end a few moments later, but Daniele Rugani was on hand to block the defender's close-range effort. 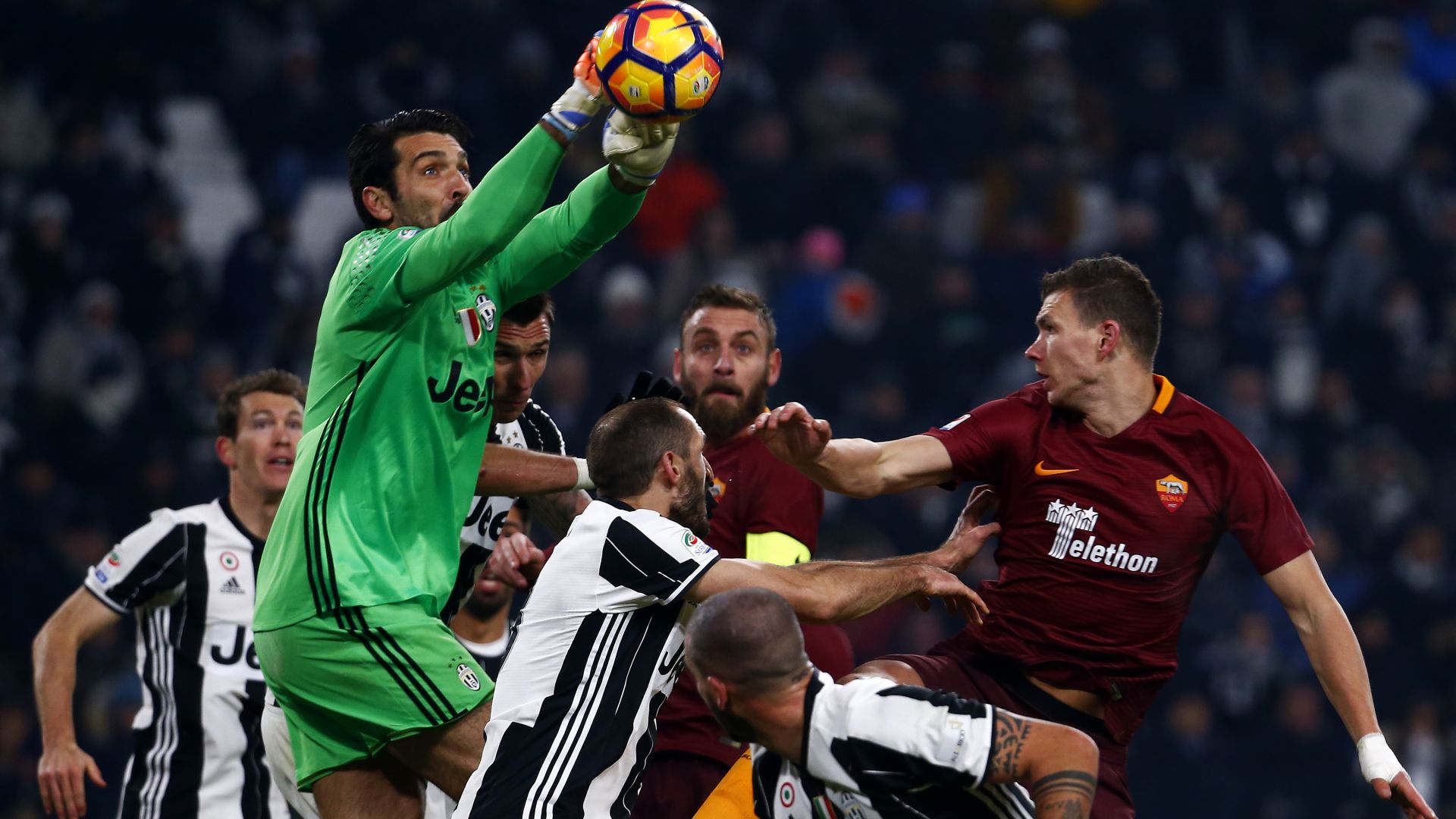 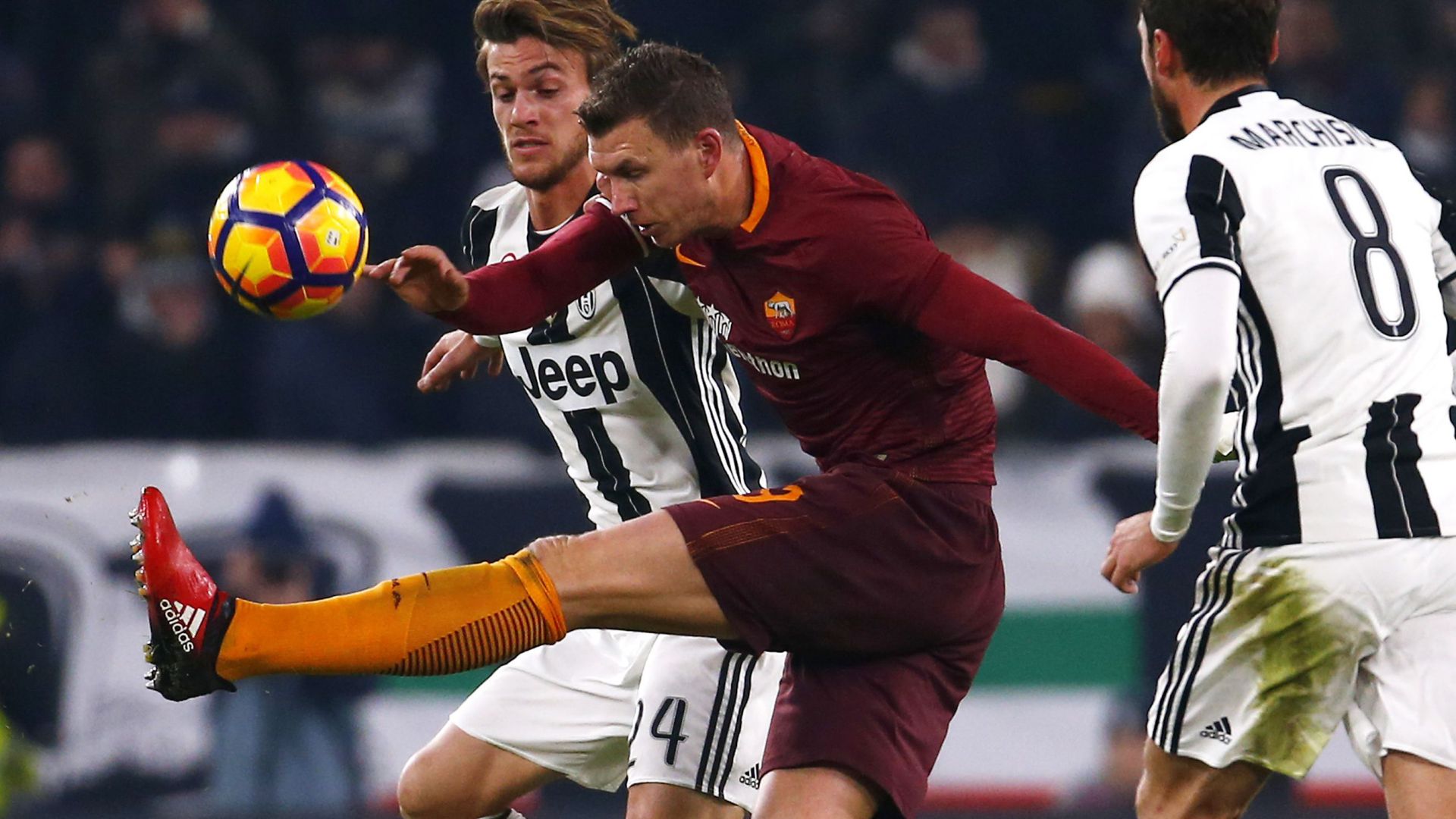 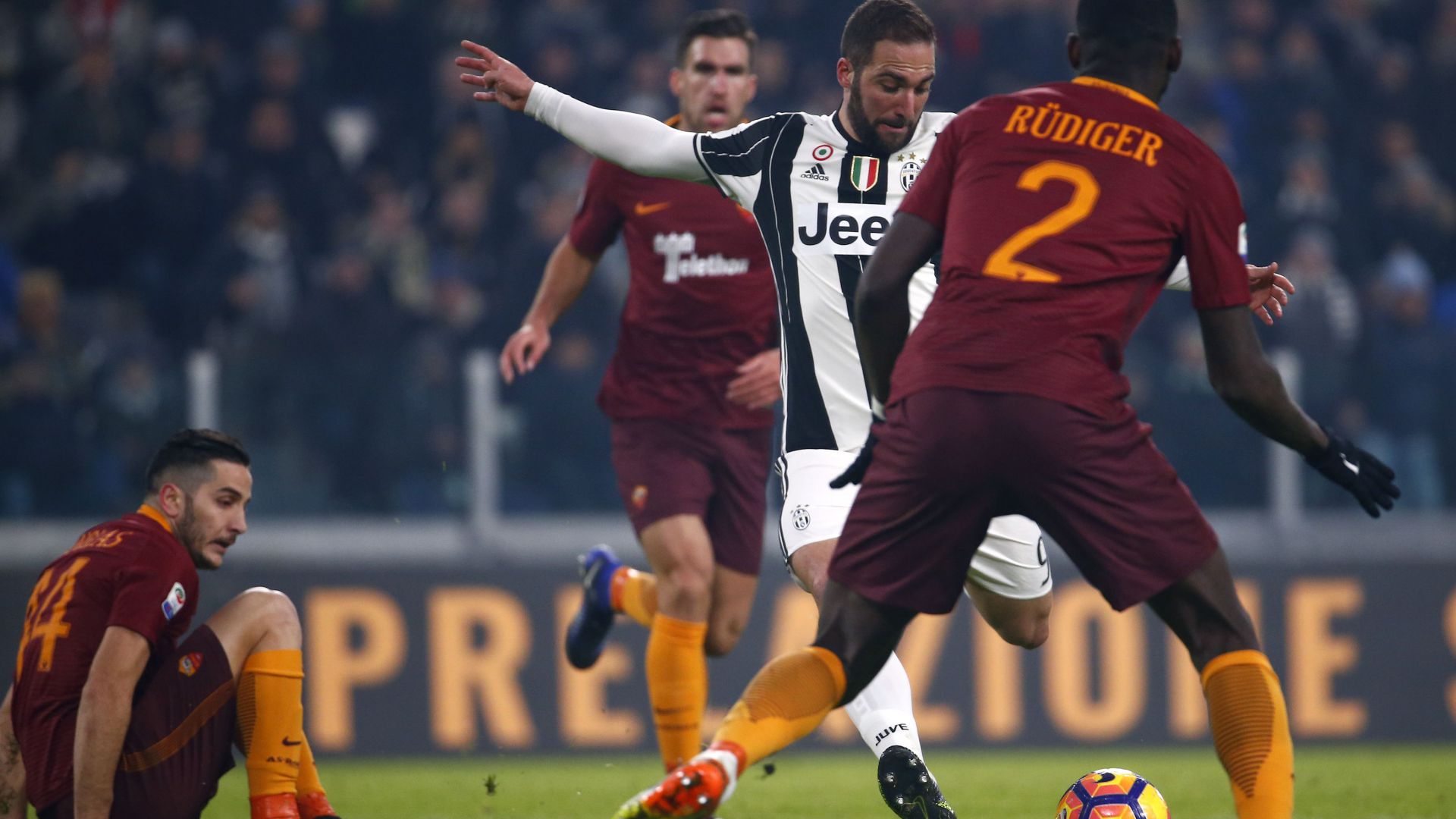 Spalletti did not hesitate in shaking things up at the interval, bringing on Mohamed Salah - recently back from injury - in place of the inexperienced Gerson.

Juve were forced into a change themselves soon after the restart, former Roma player Miralem Pjanic hobbling off clutching his hip - Juan Cuadrado replacing the stricken playmaker.

Szczesny came to Roma's rescue once again with 20 minutes remaining, getting down low to his right to deny Stefano Sturaro at the culmination of an exquisite counter-attack.

But despite a late glut of pressure, in which Manolas again went close, Juve held firm, and almost extended their lead through another Sturaro effort as Roma's five-match unbeaten streak in all competitions came to a halt