Andrea Belotti had to fight back the tears whenever he went to bed early during his teenage years, while his friends headed out clubbing on a Saturday night. "I always had to play the next day," the Torino striker explained. However, even then, Belotti knew well that nothing comes easy in this world. His father, Roberto, had taught him the importance of self-sacrifice from a very young age.

"When he was a builder in Milan, he’d go out at 7am and return at 7pm with his knees wrecked, but would still start playing football with us," the Italy international told Gazetta dello Sport .

"My father told me: 'If you don’t leave the pitch absolutely exhausted, it means you haven’t given it your all.' I like to work hard."

Anyone who has watched Belotti play would know that these are not empty words. There are few more committed No.9s in the game today. There are also few more complete. 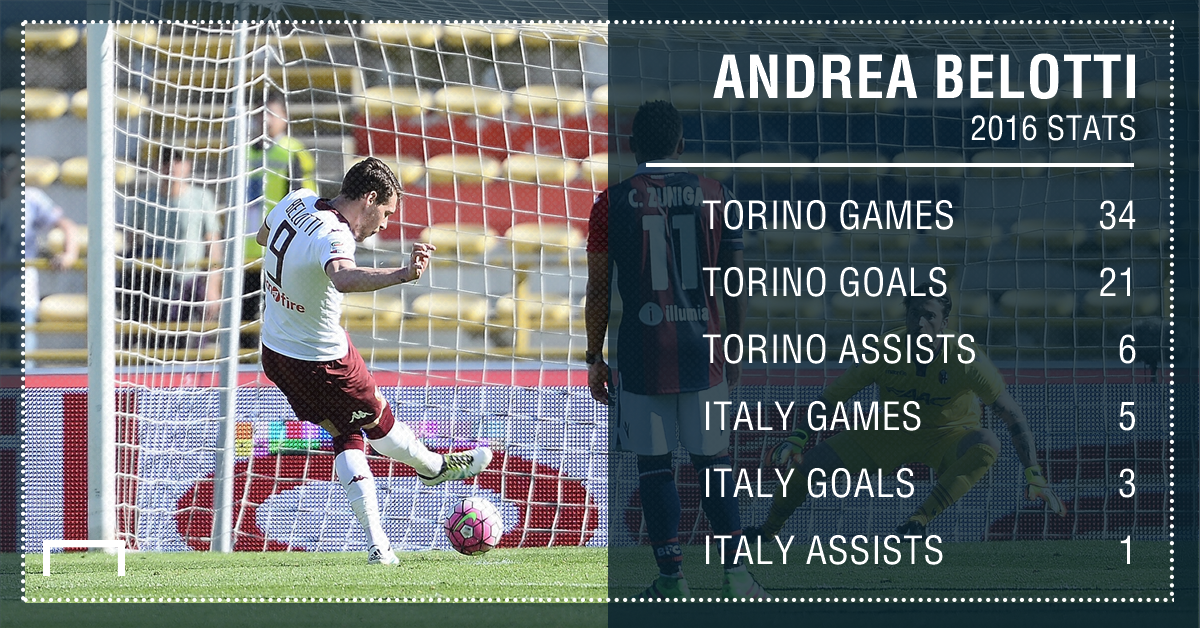 However, Belotti is simply picking up from where he left off last season. Of the 12 goals he racked up during Torino's 2015-16 Serie A campaign, 11 arrived after the winter break. In short, 2016 has been Belotti's breakout year.

Manchester United and Liverpool have both been linked with the striker, while Arsenal have had a bid turned down according to the club's sporting director. Belotti recently signed a new contract which includes a €100 million (£85.7m) release clause, and Gianluca Petrachi is holding out until a bid of at least that amount is offered,

"Yes, we received the offer, but it does not reflect the value of the player," Petrachi replied when asked about Arsenal's interest.

Tying him down to a larger release clause was a shrewd move on Torino's part. Pippo Inzaghi says that the 22-year-old is "ready for a big club", while Fabio Capello thinks that the Granata have unearthed another Ciccio Graziani. Oliver Bierhoff, for his part, was so taken by Belotti's performance for Italy in Milan last week that he described him as the kind of forward that Germany have been lacking "for a while". 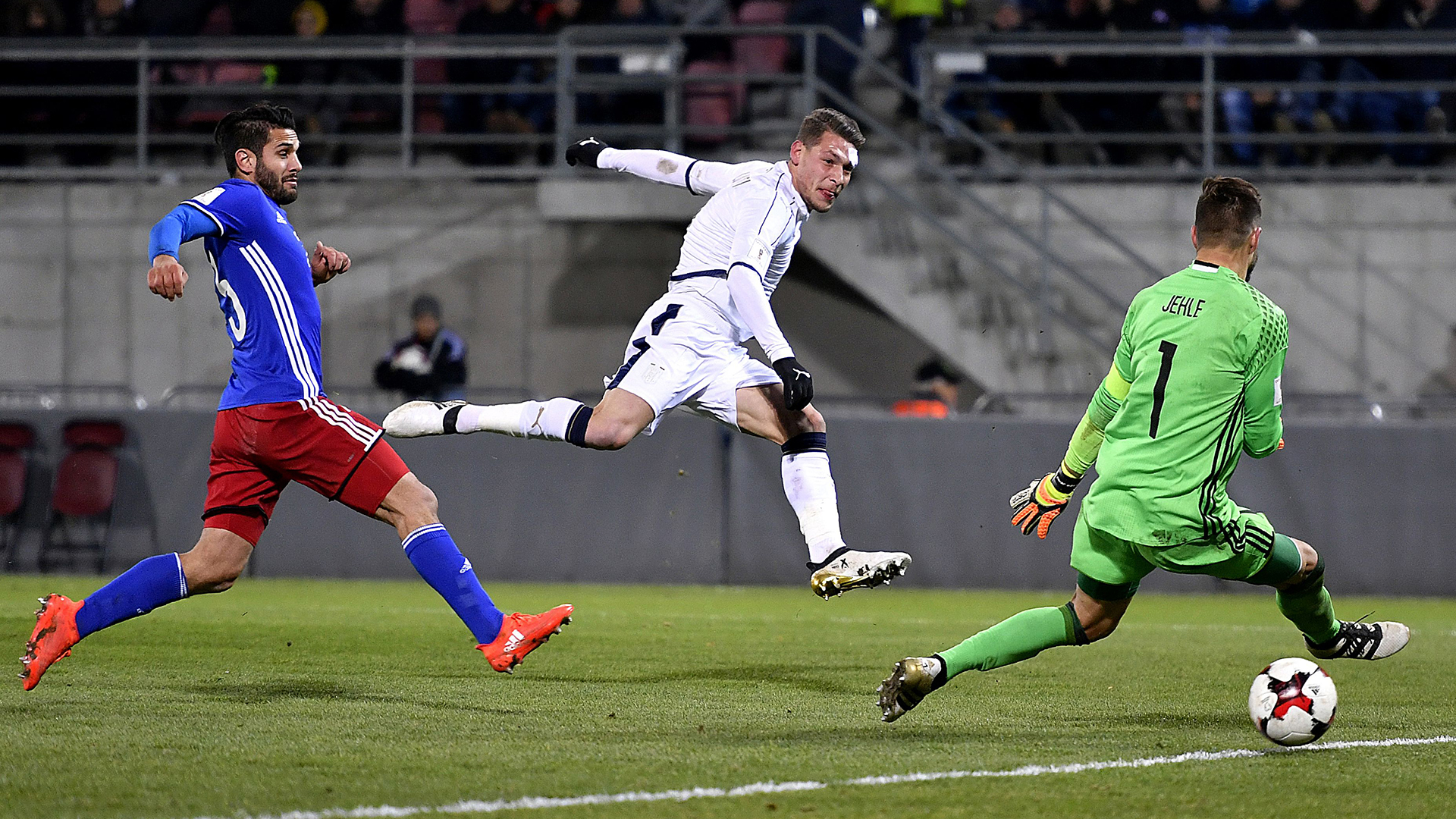 Of course, Italy's need for a world-class striker is even greater. It is arguable that they have not possessed one since Christian Vieri's heyday. Encouragingly for the Azzurri, Fabio Cannavaro sees shades of his former team-mate in Belotti.

"Belotti has his own style," the World Cup winner mused. "He strikes the ball well with his right and his left. He's very powerful physically. He can seem like Bobo Vieri in full flight. But he's a player who runs and fights for 90 minutes. Everyone likes him, coaches and fans, because he never gives an inch."

And that is key, as it's certainly difficult to remember Vieri ever exhibiting the same endeavour on the pitch - or imagine him going to bed early at any point during his playing days.

Indeed, off the field, the Belotti and ‘Bobo’ could not be more different. Vieiri went through nearly as many clubs as he did women. Belotti, meanwhile, is motivated neither by fame nor fortune. He took a wage cut of €400,000 in order to make his move to Palermo happen, while he has already found the woman with whom he wants to spend the rest of life, Giorgia, with the pair set to wed in her native Sicily next summer. 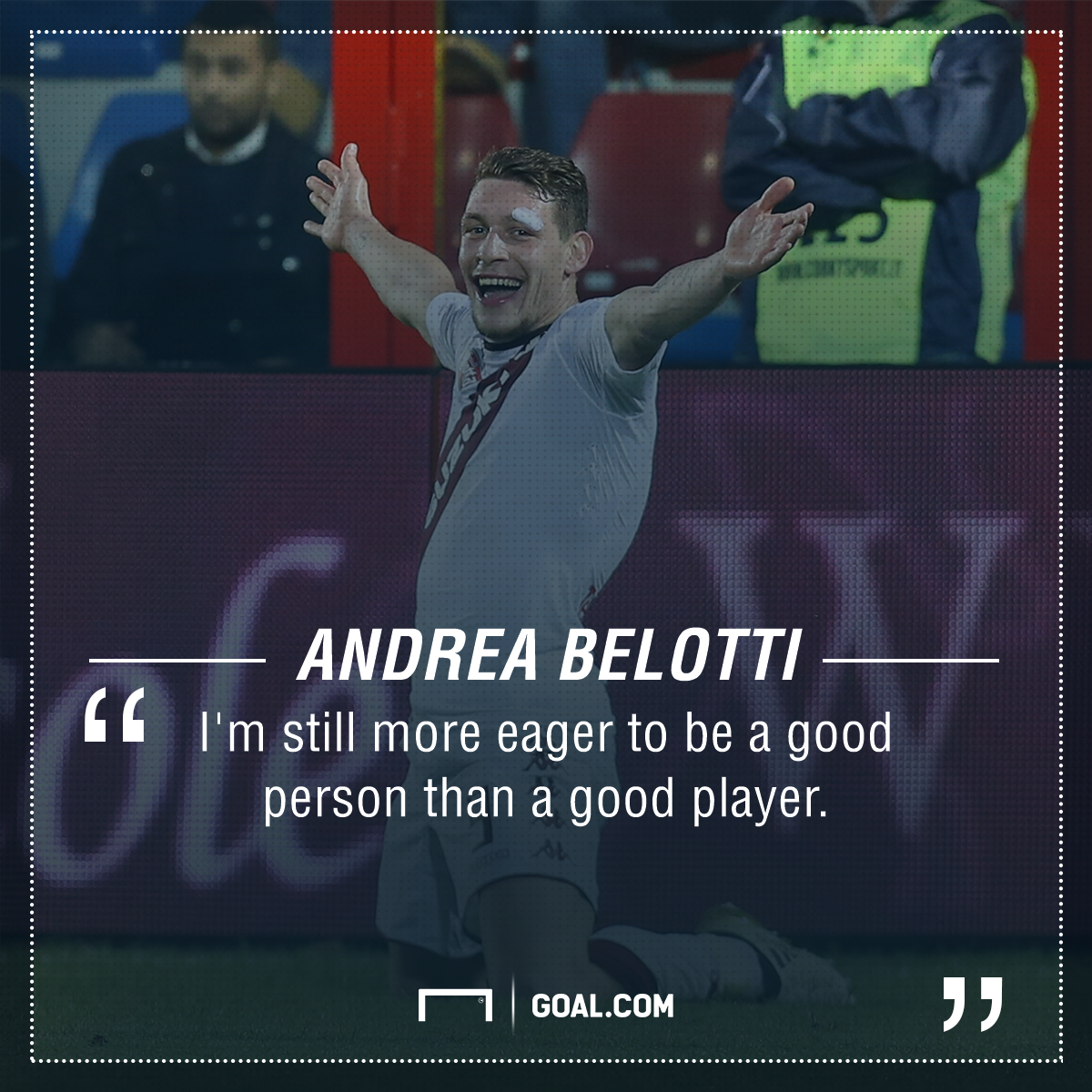 Belotti does certainly not lack ambition, believing that he can achieve great things in his career. His motto is, 'Limits, like fears, are often illusions', a famous Michael Jordan quote that he has tattooed on his arm.

"A lifetime founded on the presumption of your ‘status’ creates nothing but false relationships,” he says.

However, more than anything else, he is driven by the desire to look after those who have looked after him, by making the most of the ability with which he has been blessed. That is why studies the movement of Sergio Aguero. That is why he works so hard on the pitch. That is why he saves so much of the money that he makes in order to provide for his loved ones. That is why he says he'll never let success go to his head.

"I want people to still see the Andrea of my hometown of Gorlago because I haven’t changed a bit.

"I'm still more eager to be a good person rather than a good player."

He is already both.