The Croatian popped up with a diving header right before half time to seal another vital three points for the Bianconeri in the Serie A title race
Juventus squeezed past Empoli 1-0 on Saturday night thanks to Mario Manzdukic's winner as they extended their run of unbeaten games to 21 in Serie A.

The Italian champions extended their lead at the top of the Serie A table to six points but were made to work hard by the minnows.

Massimiliano Allegri's men had Mandzukic to thank for the winner and another three points, after he turned Paul Pogba's delivery past Lorenzo Skorupski.

The Bianconeri had multiple chances to double their lead after finding the breakthrough but were thwarted each time by the visitors' custodian. 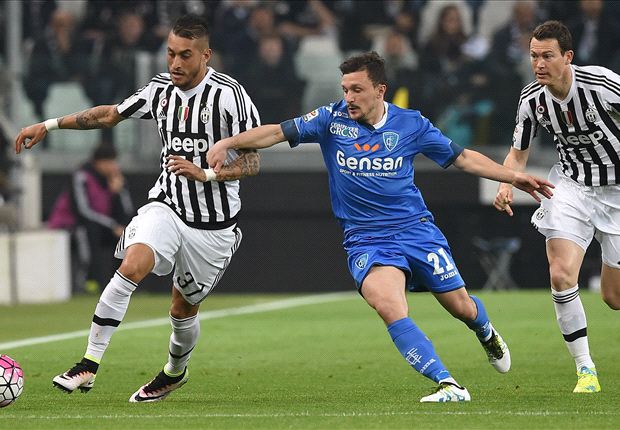 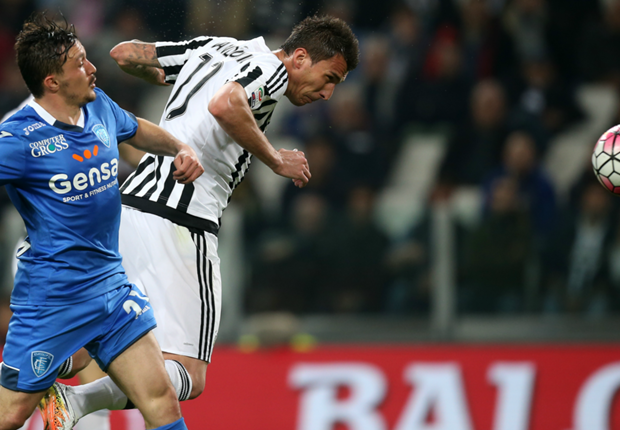 Despite that, the Turin giants still picked straight up from where they left off before the international break, recording a seventh successive home win and 12th straight clean sheet in Serie A.

They barely missed a beat despite being without Leonardo Bonucci, Alex Sandro and Sami Khedira through suspension, while forward Paulo Dybala was missing from the squad due to a muscular injury.

The champions now sit six points clear at the summit, although nearest rivals Napoli can cut the gap in half with victory away at Udinese on Sunday.

Empoli, meanwhile, have now failed to register a win in their last 12 league outings, a worrying run that has seen them slip into the bottom half of the table.

They had their opportunities to strike first in a lively opening half that could easily have contained more than one goal.

Mandzukic had fired a left-footed drive too close to goalkeeper Lukasz Skorupski after being set free by a beautifully disguised reverse pass from Pogba, but the same duo combined again to break the deadlock just before the break.

Pogba’s clever footwork on the left created enough space for him to drift over a teasing cross that Mandzukic gratefully steered into the net.

Alvaro Morata also hit the woodwork with a curling attempt from outside the area, but Empoli were not without opportunities at the other end.

Riccardo Saponara wasted their best opening, the midfielder blazing over from close range after the ball had dropped perfectly into his path at a corner.

Massimo Maccarone – who scored his side's goal in the 3-1 loss in the reverse fixture – also failed to get a header on target against a Juventus defence that included Empoli old boy Daniele Rugani.

Morata was denied early in the second half by Skorupski, although the goalkeeper nearly gifted Juventus a second goal with an air shot when trying to make a clearance outside his area. He was fortunate no opposing player was close enough to seize on the mistake.

Juventus should have made sure of the win in injury time, only for Skorupski to somehow block substitute Kwadwo Asamoah's point-blank effort after Morata's low drive had been parried.

Pogba and Simone Zaza also went close to settling any late nerves for the home side, yet one goal proved enough for Allegri's shorthanded squad to clinch the points.