Matthew Scott
The Brazilian's tricks were hailed by his Barcelona team-mate, saying players like him "are great for football"

Gerard Pique laughed off criticism of "magical" Neymar after the Brazilian played a starring role in Barcelona's 4-1 in over Villarreal on Saturday.

Neymar opened the scoring at Camp Nou, but his contribution to the final goal was arguably more memorable as he nonchalantly flicked the ball over Mario's head before crossing for Luis Suarez, who was denied by the arm of Jaume Costa, allowing Lionel Messi to score from the spot.

Neymar's act of showboating clearly annoyed Villarreal's players, and the forward has previously attracted criticism for a similar act when Barca beat Athletic Bilbao in the 2015 Copa del Rey final.

However, Pique says Neymar's box of tricks ought to be lauded, as the game is all about entertainment.

"[But] it seems the magic is somehow penalised and that it's better to criticise rather than to enjoy the spectacle. 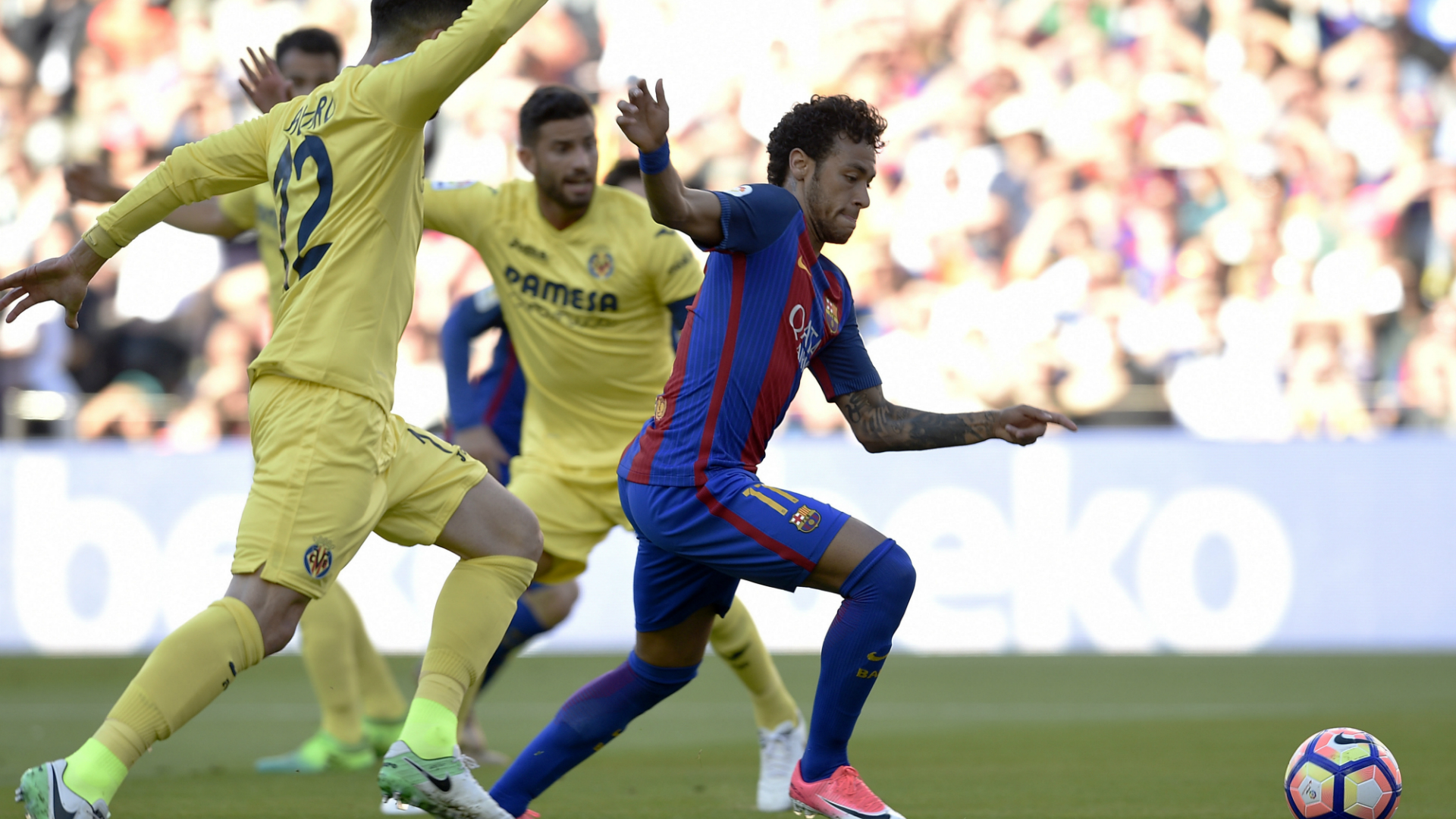 Messi's first of two goals on Saturday was the Argentina captain's 50th of the season and the 100th netted by the MSN strikeforce.

It also put Barca 2-1 up on the stroke of half-time, a fact Pique credited as key in helping them to the ultimately comfortable margin of victory.

"Scoring in the last minute of the first half affected everything psychologically," Pique said.

"Villarreal conceded four goals and we could have scored even more, but we must be happy.

"All of our remaining games are difficult. If you do not press well against Las Palmas they can punish you. But, in terms of status, Villarreal was the most difficult."