Jamie Smith
Andres Iniesta wants to play more minutes but he should appreciate what it means to grow old at Barcelona, Luis Enrique says.

Luis Enrique described Andres Iniesta as a "football artist" after the Barcelona captain made his 700th appearance for the club in Wednesday's La Liga demolition of Sevilla.

Lionel Messi was instrumental as Barca thrashed Sevilla thanks to three goals in eight first-half minutes, setting up Luis Suarez for the opener before adding a quickfire brace himself.

Iniesta has been in and out of the team this season, but the 32-year-old playmaker's landmark appearance was hailed by Luis Enrique as his side maintained the pressure on Real Madrid in the title race.

Barca ship has sailed for Sampaoli

"Everyone has highlighted this, but it's just wonderful to see him play, his movements, he knows where the opposition players are," Luis Enrique said.

"He is a football artist, a genius, he turns a sometimes rough sport into something subtle, like a painter. An example for all children in the world, for all people. Never a bad gesture, never bad attitude.

"And I know that he wants to play more minutes, I know, but I also want him to acknowledge what it means to grow older at a club like this." 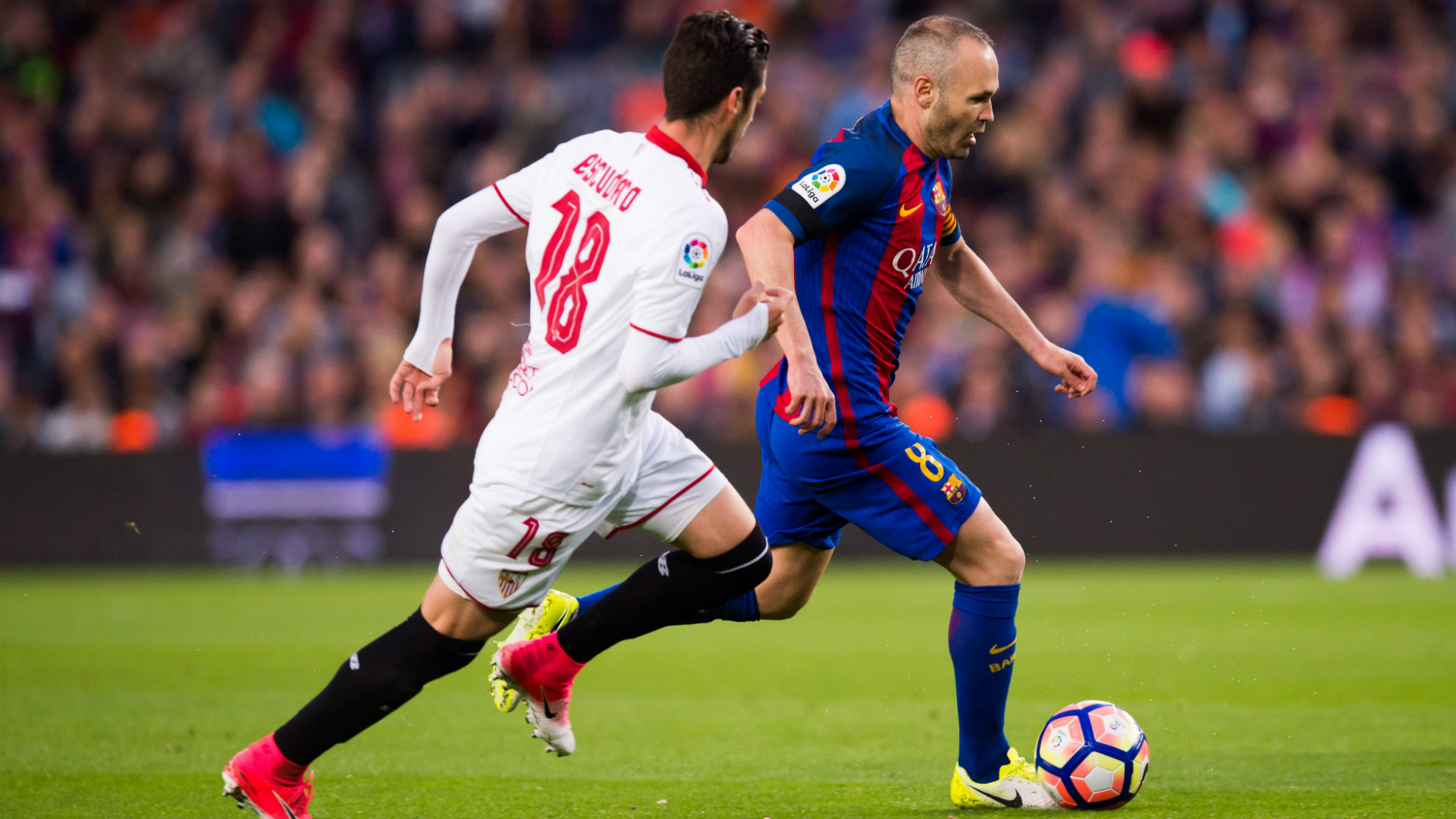 Iniesta's milestone includes friendly appearances and the captain suggested his side are in good shape ahead of decisive matches such as their upcoming Champions League quarter-final against Bayern Munich and a Clasico clash with Real Madrid.

"It is never easy but this section, this month of April where everything is decided we are playing well and that is the important thing," Iniesta said.

"We are in everything and we can be in nothing if we do not do things right. It can be a great end to the season.

"I think we have to think about the next game. This has been demonstrated in previous days. [Real Madrid] drew with Las Palmas and we lost to Deportivo La Coruna.

"We have to treat the games as finals and see how we got there. If we want to win the Liga we have to win at the Bernabeu."