Ben Hayward
The Argentine attacker put on an exhibition as the Spain midfielder pulled the strings further back. This was a special show - and Espanyol could only sit back and watch

Sunday was Real Madrid's day. Barcelona's biggest rivals sealed the Club World Cup out in Japan and finish 2016 on top of La Liga. But back at Camp Nou, Lionel Messi and Andres Iniesta showed that there is more to football than winning titles - and every fan should enjoy them.

The pair put on a masterclass in the derby against an in-form Espanyol to win 4-1 in a performance that featured some of the most spectacular skills on a pitch in some time - a combination of perfect passing, link-up play, dribbling, assists and goals. It was simply breathtaking.

Barca's best football was on display as soon as Iniesta stepped off the bench in the second half of the Clasico clash against Real Madrid earlier in December. And it was on show again in this clash, from the moment the midfielder picked out Luis Suarez with a glorious long pass that set the Blaugrana on their way to a memorable victory.

With one subtle swing of his right boot, Iniesta had changed everything. The magic emanating from his feet shows no sign of diminishing, even as he approaches the age of 33, but he will be extremely difficult - if not impossible - to replace once he is gone. 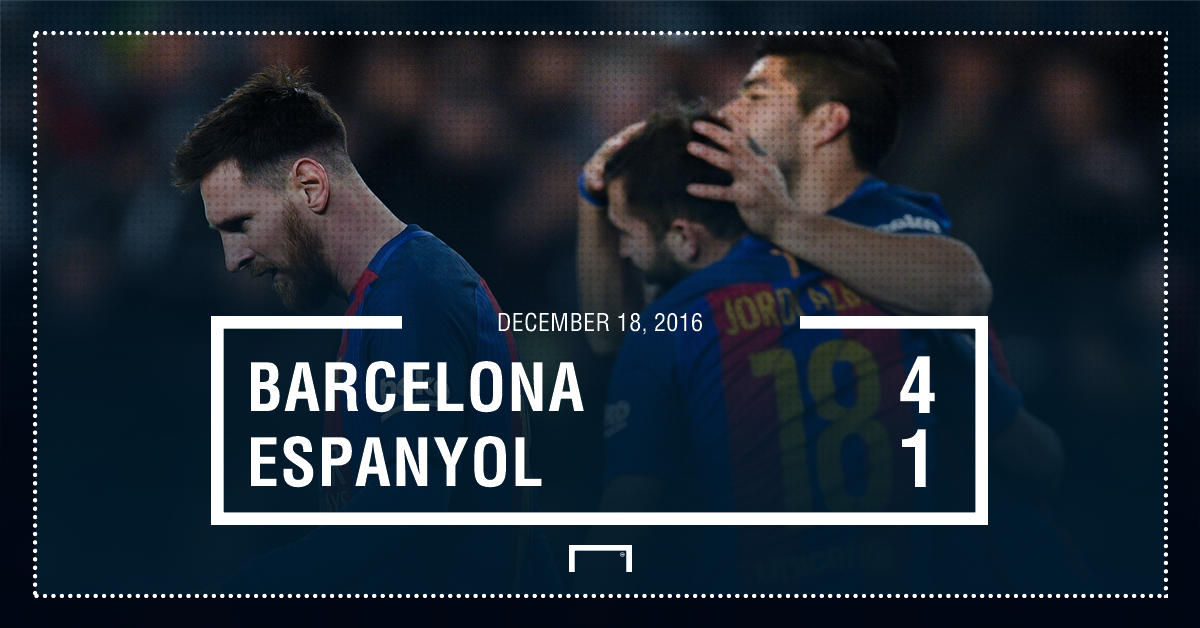 So too will Messi. The Argentine conjured up a mesmerising run that only he can produce for Barca's second goal, scored by Suarez from close range after his shot had been parried by Espanyol goalkeeper Roberto Jimenez, who had earlier replaced the injured Diego Lopez.