The Spanish giants made a fine gesture with the use of the ecological material, although heavy rain left some players rather exposed

It was business as usual on Saturday at the Santiago Bernabeu, with Cristiano Ronaldo netting two goals in Real Madrid's 2-1 victory over Sporting Gijon.

But if the result did not cause much of a stir, the home team's apparel certainly invited comment!

Real Madrid took to the pitch in a shirt that looked almost transparent, an effect that was exacerbated by the downpour that hit the Spanish capital during play.

And the reasons behind the switch are more than laudable, as the Champions League holders made a fine gesture in favour of the environment - although the rain meant viewers may have got more than they bargained for. 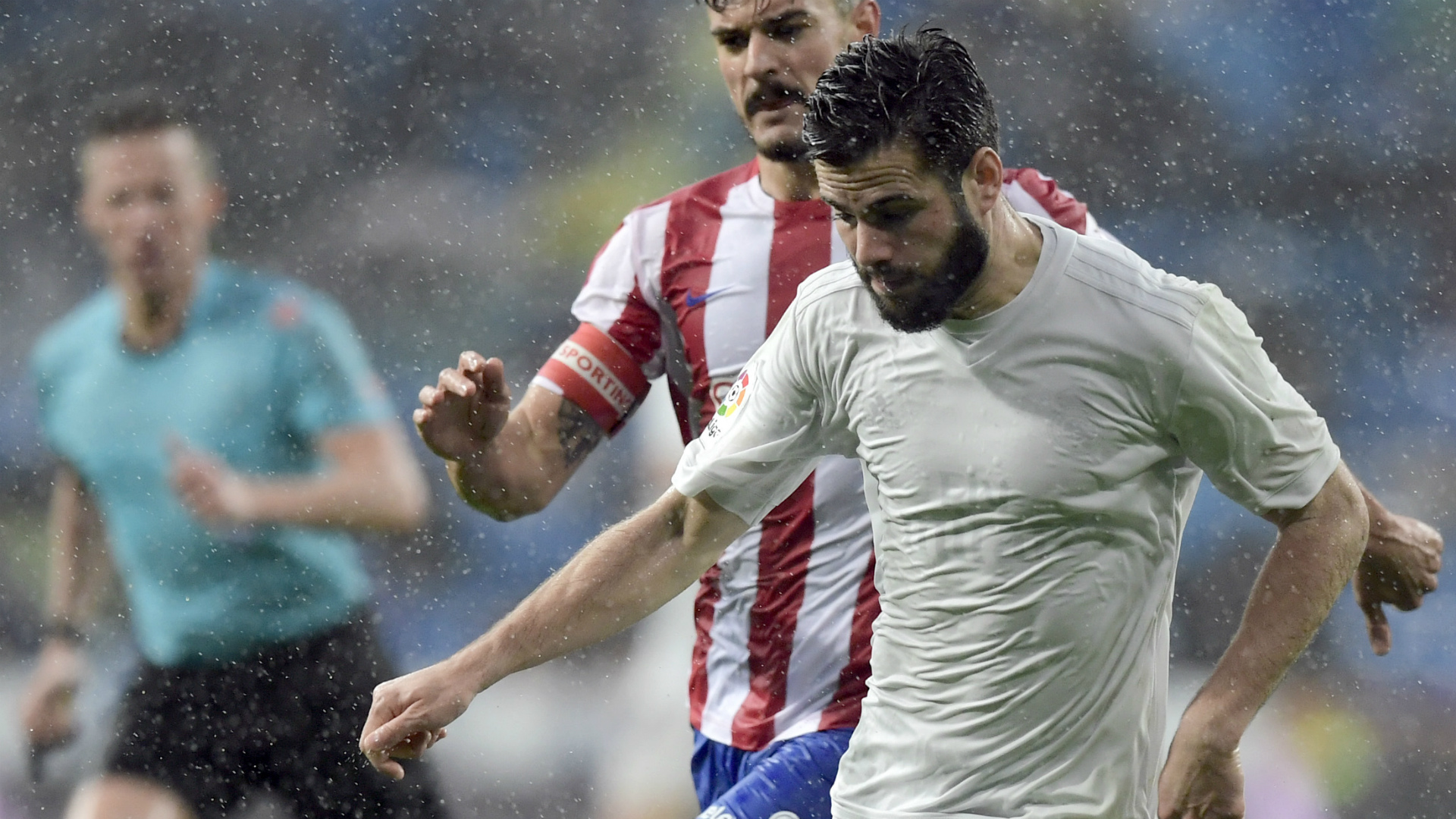 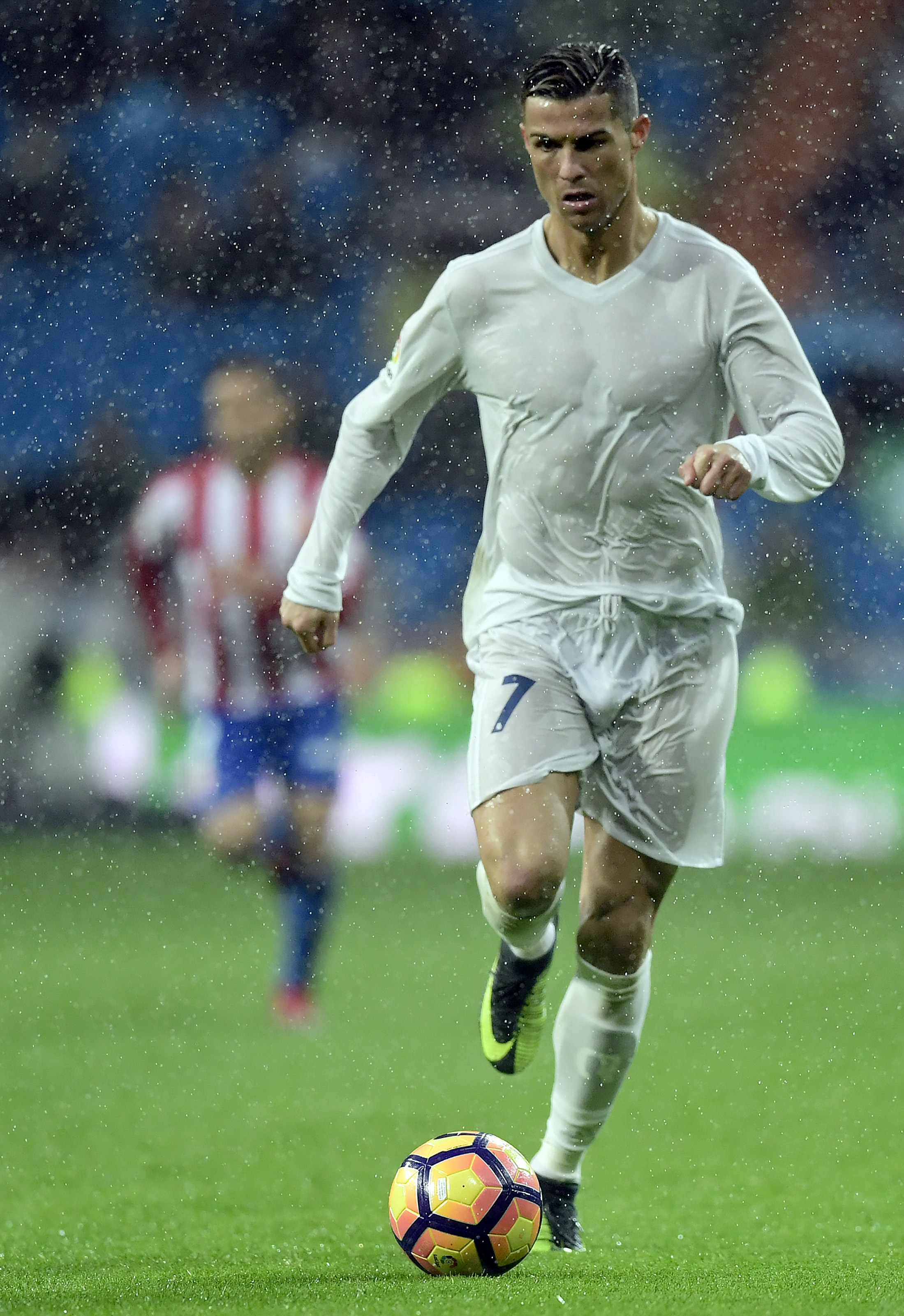 The shirts were in fact made of a thin plastic formed from bottles disposed of in the Indian Ocean, and recycled for use by kit supplier Adidas.

Each shirt uses 28 discarded bottles: and eagle-eyed observers would have been able to see the legend 'For the Ocean' stitched into the collar.

Adidas are working alongside activists Parley for the Ocean, who aim to raise consciousness for the world's principal water bodies that suffer unimaginable levels of contamination each year from human neglect.

The German suppliers previously designed a recycled kit for Bayern Munich, although it must be said that the Bavarians' black away colours left a little more to the imagination than Madrid's all-white shirt!