By Ben Hayward
The Croatia midfielder popped up with a stunning strike to win the game against Granada and his fantastic form in recent weeks is great news for coach Zinedine Zidane
Real Madrid got out of jail on Sunday night - and they did so thanks so Luka Modric. On what was yet another forgettable evening for Cristiano Ronaldo, the Croatia midfielder came to the rescue with a stunning strike to claim all three points. And on this form, he is the finest footballer at the club.

There is nothing new there. One of the areas improved by Madrid since the arrival of Zinedine Zidane as coach last month has been the midfield - and Modric has benifitted along with Toni Kroos.

In the 1-1 draw at Betis recently, Real really should have won the game. Modric was the standout player with an exhibition in midfield - and it is now becoming the norrm. Following a steady start to the season, the Croatian has been brilliant over the past few weeks.

Earlier in this game, Karim Benzema had given Madrid the lead to maintain his record of scoring in each of Zidane's six games in charge. But the France forward also missed a simple chance in the second half that should have put the match out of Granada's grasp. 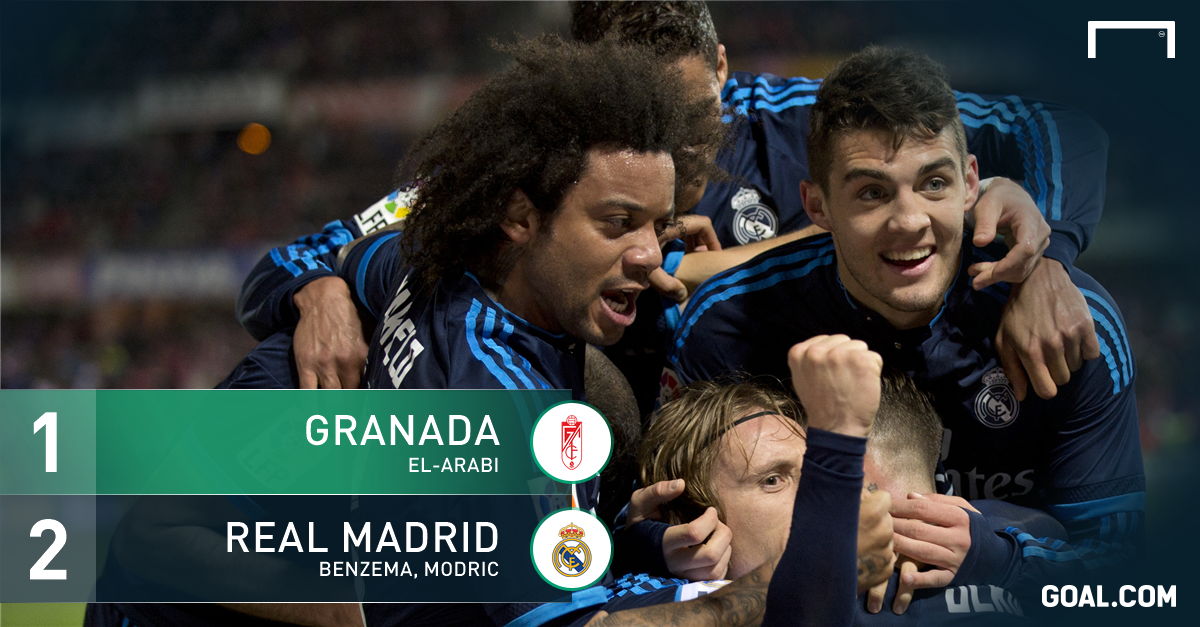 A minute later, the home side were level. Modric took too long on the ball but was unlucky as he lost possession following a clash with the referee. Granada embarked on a quick counter-attack and scored at the other end through Youssef El-Arabi.

Modric was furious and complained to the official, but he stayed calm when others appeared bereft of ideas, continuing to spray superb passes around the pitch. The classy Croat looked like being the best hope Madrid had of levelling the match - and so it proved.

The former Tottenham man does not score many, but with just five minutes left on the clock he unleashed an unstoppable drive from outside the area that nestled into the top corner and gave Andres Fernandez in the Granada goal no chance whatsoever. It was no more than the 30-year-old had deserved - he had been breathtaking. 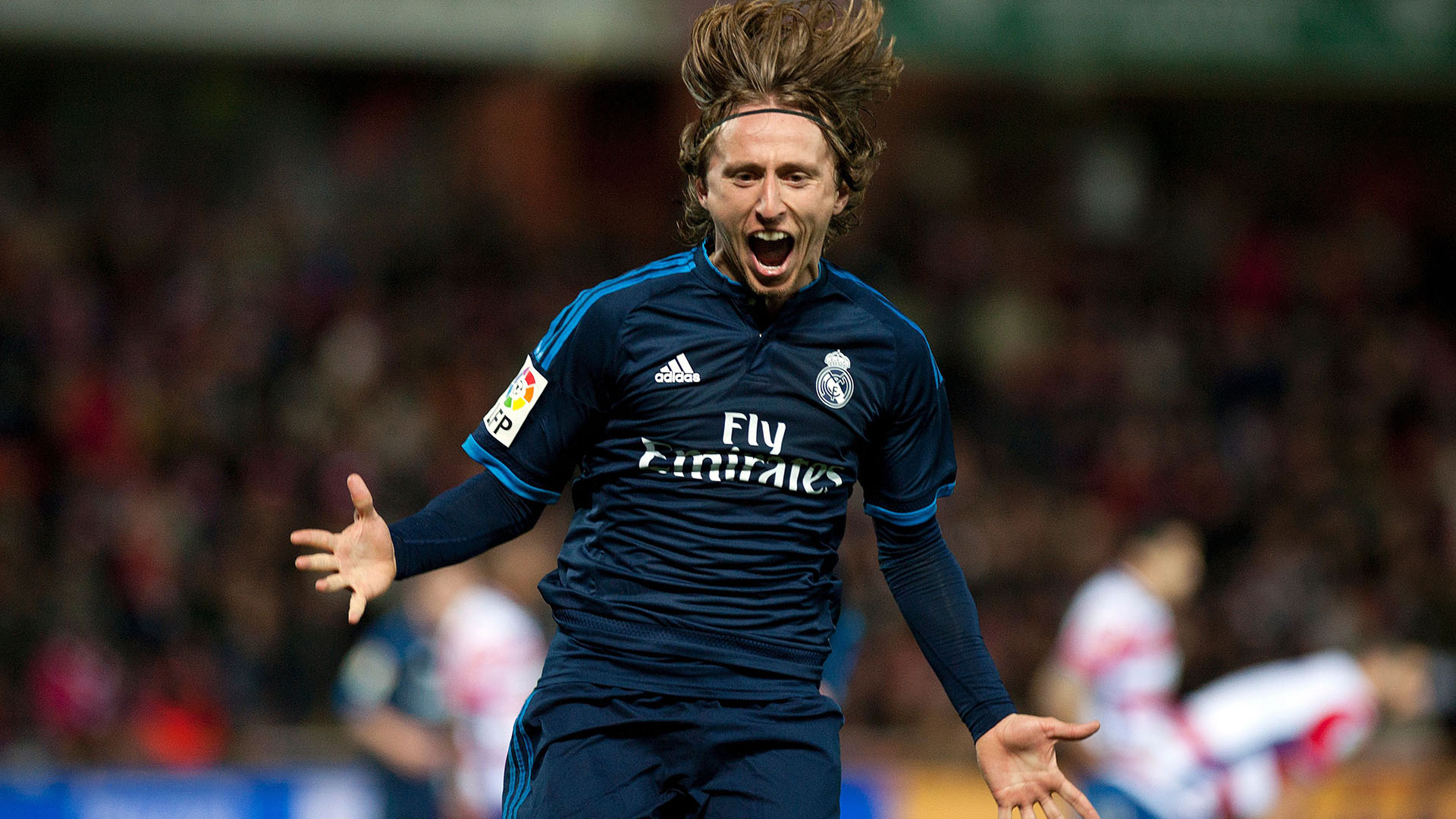 FULL STORY | Modric cracker sees Madrid edge out Granada
"Modric scored a great goal and he gave us life," Zidane said after the match. "Above all, he gave us the three points. I'm happy for him. He should shoot more because he hits the ball well."

Indeed, goals have long been the only thing really missing from Modric's game. When he does score, however, they tend to be memorable. At Tottenham, he never scored more than five in a season and at Madrid he has been even less prolific, netting only eight times prior to his special strike on Sunday.

Many of those at White Hart Lane were lovely long-range efforts and this latest one is another for his collection. And if he can hit the ball so well, Zidane is probably correct in his assessment that the midfielder should attempt them more often. 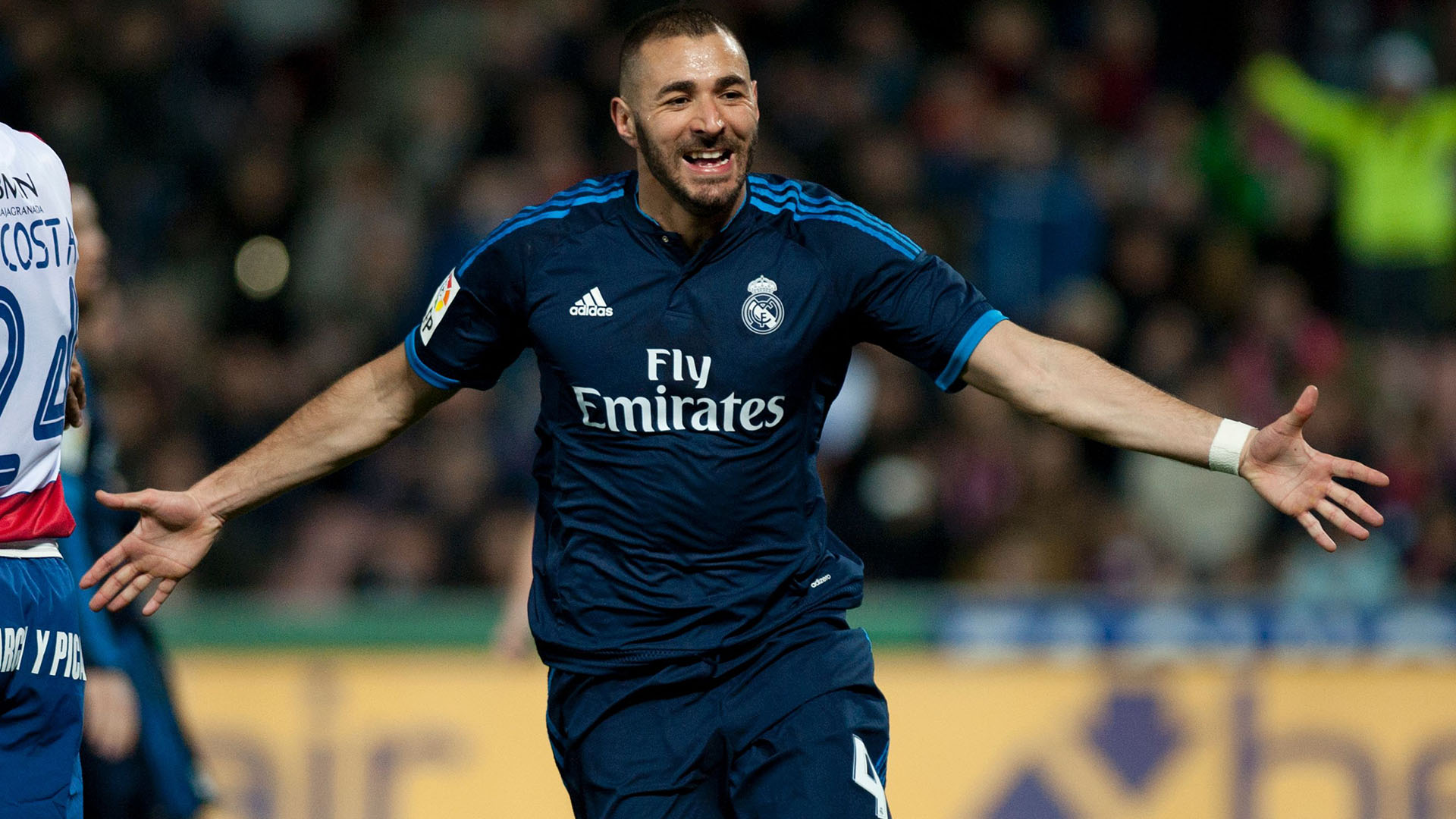 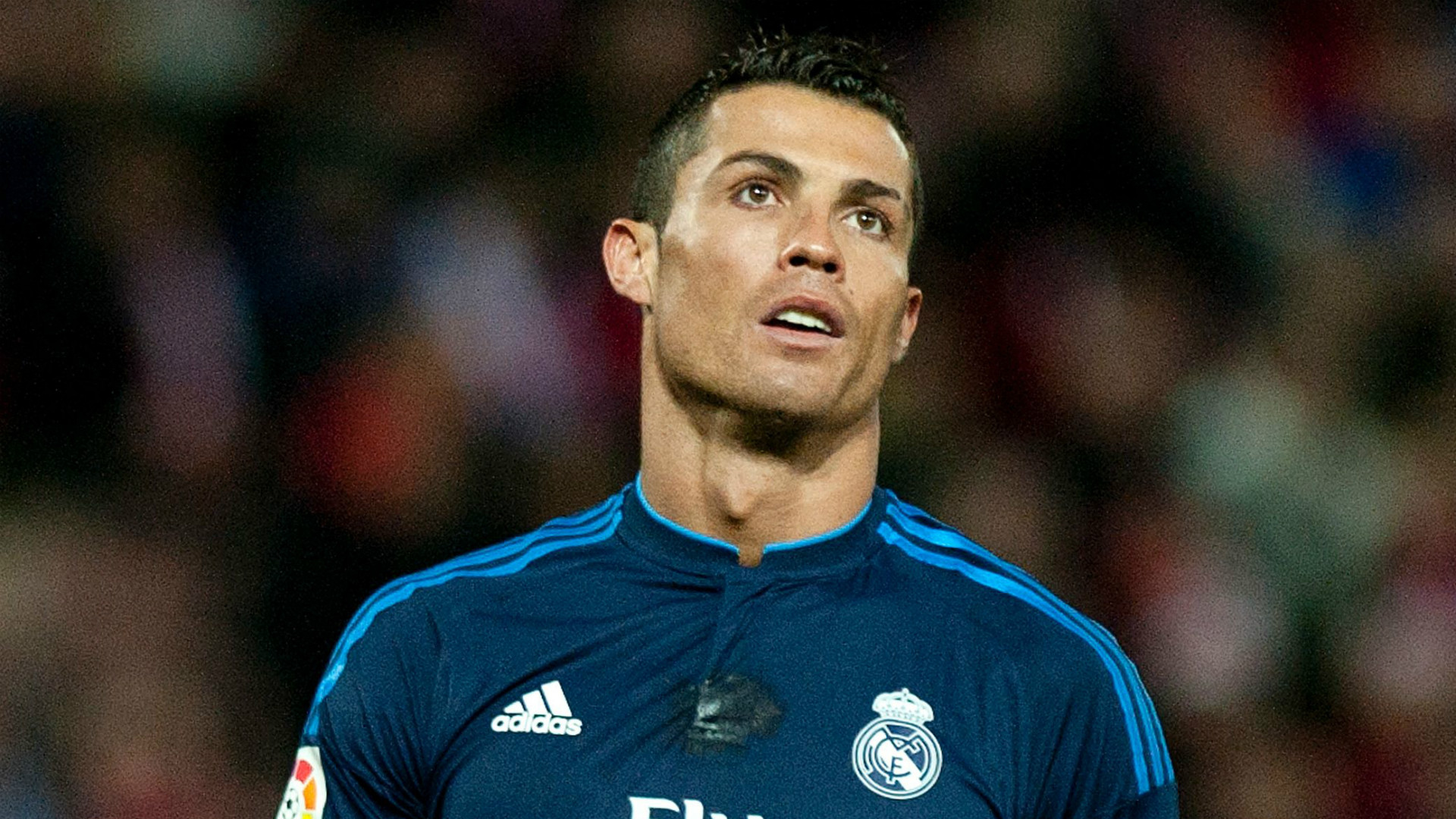 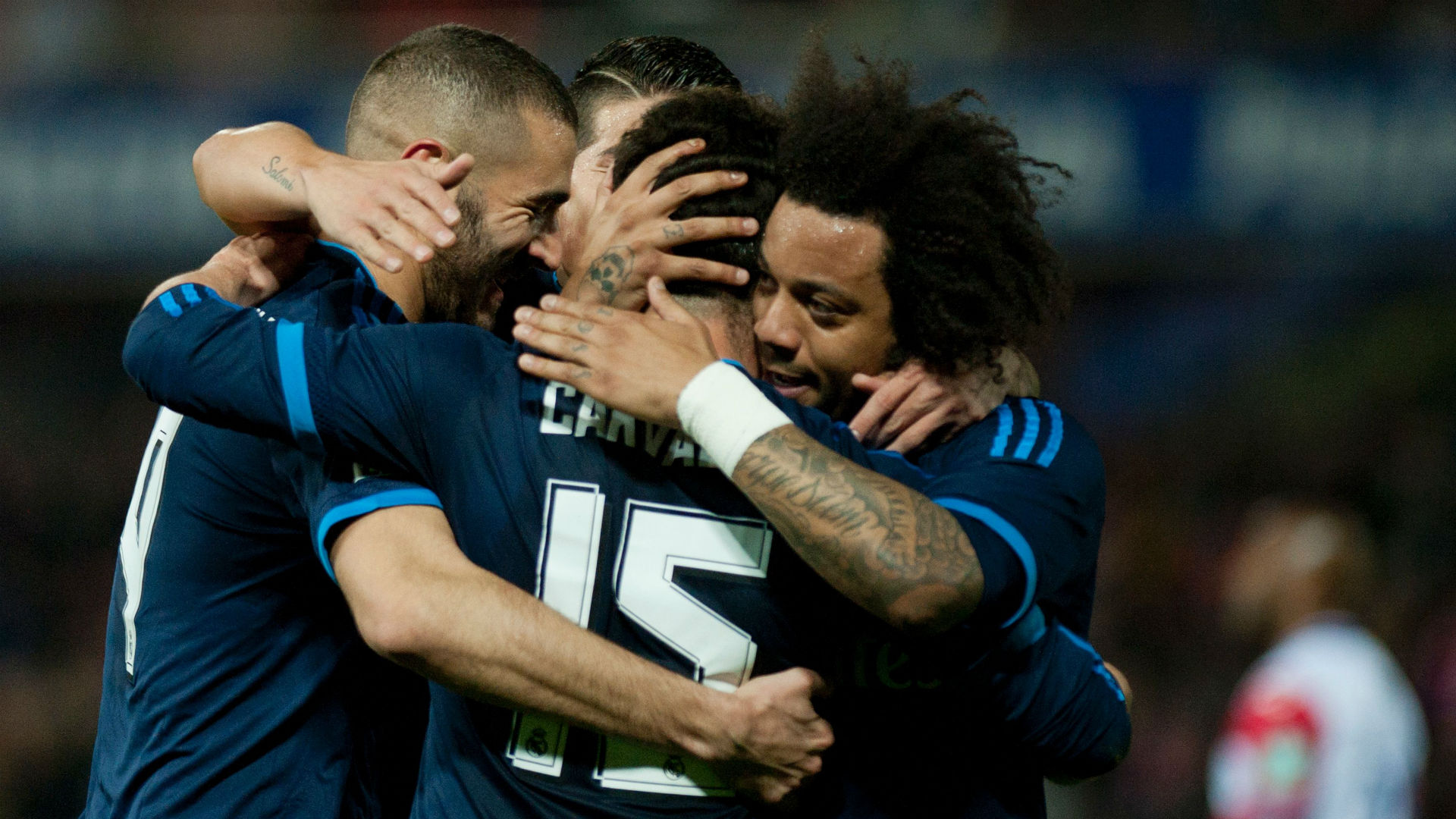 This goal was even more significant as it keeps Madrid hanging on in the Liga title race. A draw at Granada would have seen Real six points adrift of Barcelona, having also played one game more than the Catalan club in the Primera Division and with the remaining Clasico clash at Camp Nou.

Even with the win, things remain difficult for Los Blancos. But a piece of Modric magic has kept them in the race and if he can continue this formidable form, anything is possible for Zidane's side in the rest of the campaign.

"Today with the goal he was even more visible than ever," captain Sergio Ramos said afterwards. "But for me, his play is essential. He is the backbone of this team."

He absolutely is. More than Ronaldo, more than Benzema, more than anyone else. Luka Modric, right now, is Madrid's best by some distance and on his slender shoulders rest Real's hopes of silverware in 2015-16.