The world champions had struggled to find a killer second after Shkodran Mustafi's first-half header put them in front at Stade Pierre-Mauroy, and Manuel Neuer made three strong saves to keep their lead intact.

Schweinsteiger appeared as a 90th-minute substitute to a rapturous reception, and the noise levels among the Germany fans reached a peak when the Manchester United man converted Mesut Ozil's cross with almost the final kick of the match.

And Low was thrilled to see his captain make such an impact after battling a knee ligament problem for much of 2016.

"I'm very happy for Bastian Schweinsteiger - after all the work he's done in recent months, he scored the decisive goal," he said. "It will help him and the team a lot."

Germany came under some heavy pressure late in the first half, with Neuer denying Yevhen Konoplyanka with a good save before Jerome Boateng hooked another chance off the line.

Low conceded his side were not efficient enough on the ball before the break but was happy with the way they assumed control against tiring opposition in the second period. 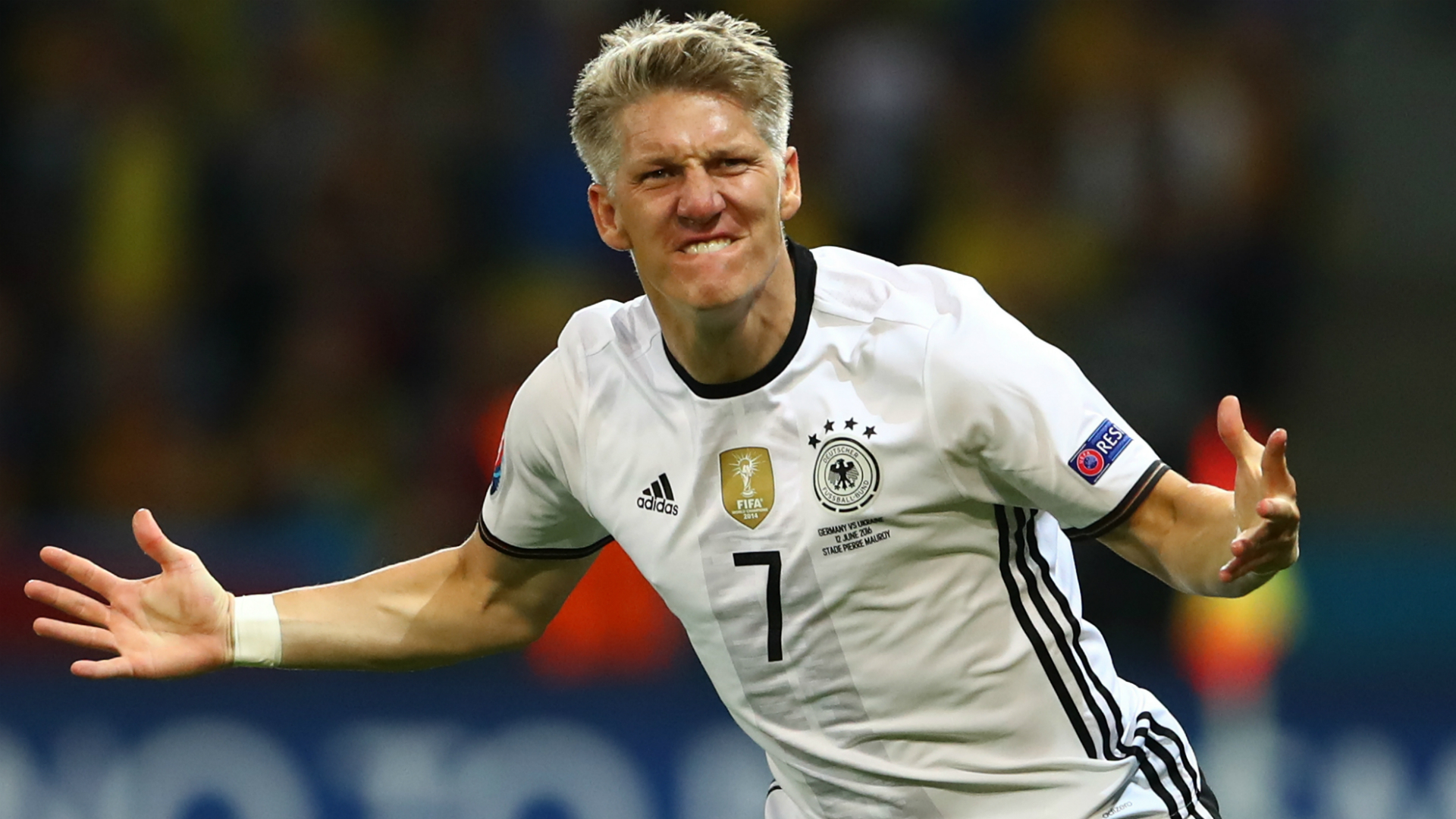 "We ran a lot in the first half but we seemed to have some problems in the transition, we lost a lot of balls," he said.

"We improved that in the second half, passed the ball quickly and dominated the game. But it was not easy against a strong defence and dangerous counter-attacks. But we found a solution in the second half and that's why I'm quite satisfied.

"I was not surprised by Ukraine, because I've seen them over the last two years. It's a better squad than in 2012. They're very strong physically and in the air, and very fast on the wings. They can be dangerous to any opposition.

"[Mats] Hummels and [Antonio] Rudiger were injured so we had to change our defence, but I thought they got stronger during the game, we were more compact and could press against the strikers.

"It was not too easy in the beginning but it got better throughout the game. It's good to have Jerome Boateng as your neighbour in defence."