The 27-year-old has hardly been prolific for Wolfsburg since leaving the Gunners back in 2014 but is set to play a crucial role for Denmark as they aim to qualify for Euro 2016
With two goals in 10 Bundesliga matches in 2015-16, Nicklas Bendtner has been anything but prolific this season. The 27-year-old former Arsenal striker does, however, remain a pivotal part of the Denmark team aiming to qualify for Euro 2016.

The Euro 92 winners surprisingly missed out on automatic qualification from Group I as they were pipped to second place by Albania, and now face Scandinavian rivals Sweden in a play-off for a place at the finals in France.

And despite having the likes of Christian Eriksen in their ranks, it is Bendtner who has been the key for the Danes in recent matches both in scoring goals and laying them on for team-mates... 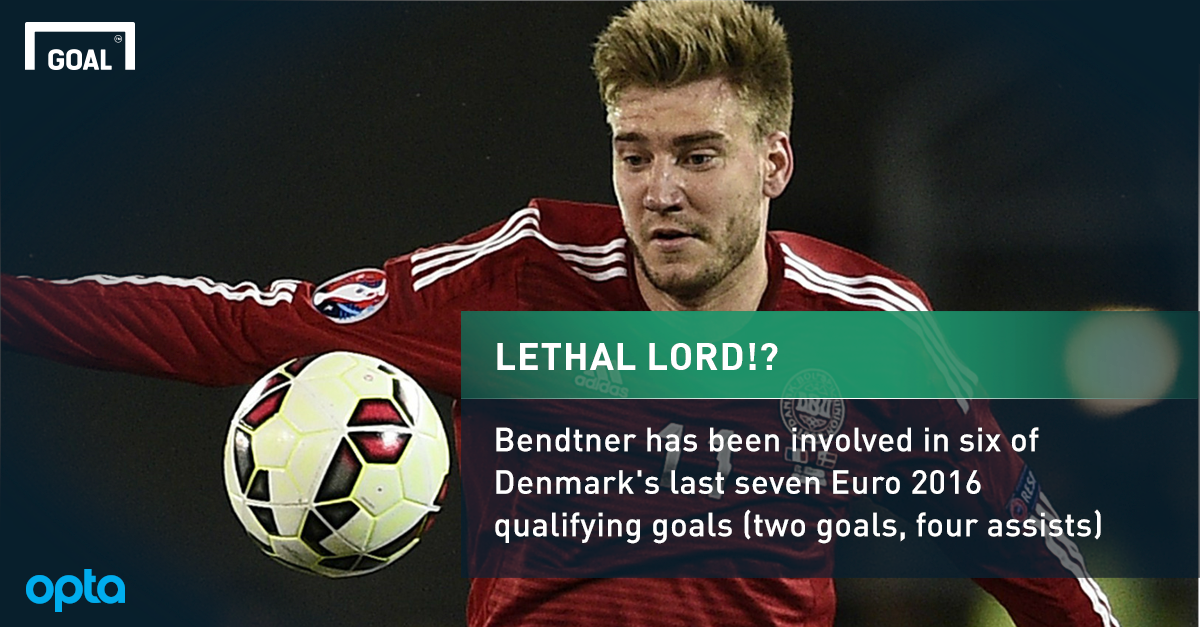