EXCLUSIVE: Spurs have stepped up their interest in the €29 million rated PSV star but Louis Van Gaal remains eager to bring him to Old Trafford in the summer transfer window
By Greg Stobart

Last summer, United manager Louis Van Gaal had urged Depay to stay in the Netherlands for a year with a view to a big-money move at the end of the current season.

Depay, 21, has been in sparkling form in the current campaign and United have been closely monitoring his situation as they prepare a summer bid for the €29 million-rated Netherlands international.

Van Gaal has a strong relationship with Depay after handing him his international debut and taking him to the World Cup, where he scored twice and was shortlisted for the young player of the tournament award.

United executives also have a close ties with Depay’s management group, while Van Gaal will move to allay any fears that the forward will struggle for a starting role at Old Trafford.

The 20-time champions are aware that they will have to fight off interest from several leading clubs for Depay, who is the Eredivisie's top goalscorer this season. 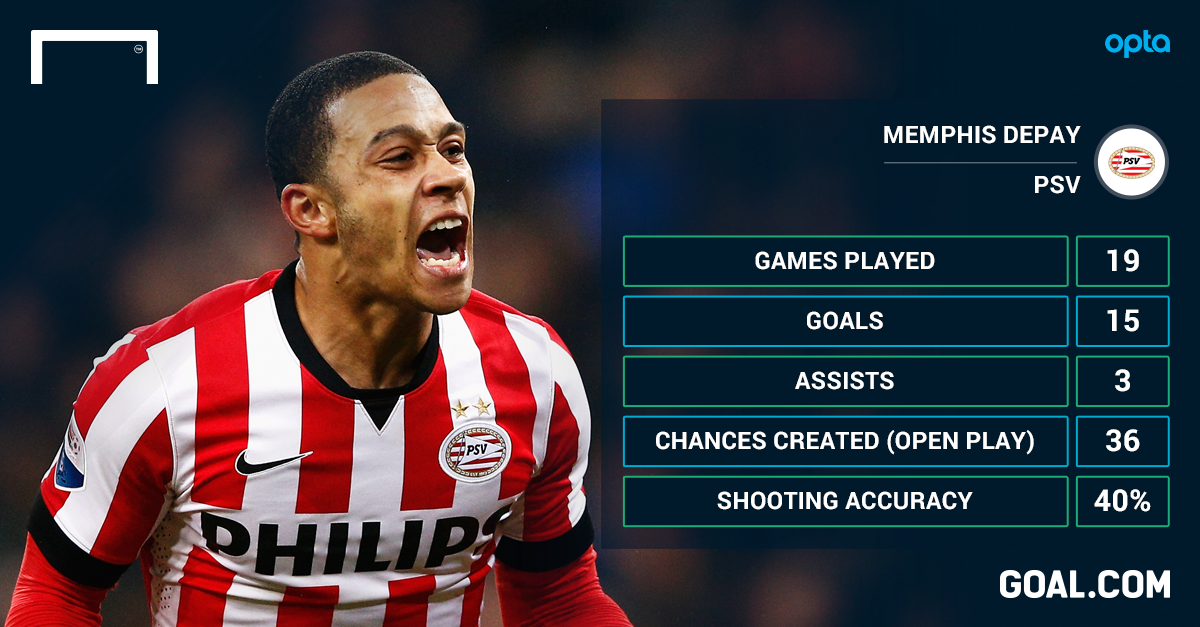 United are particularly concerned that Tottenham may convince Depay to move to north London, where he could play regularly, improve and eventually follow in the footsteps of Luka Modric and Gareth Bale in joining an elite club such as Real Madrid.

Depay rejected the chance to join Tottenham last summer in order to develop for another year at PSV but the Londoners have not given up hope of reaching a deal.

Spurs manager Mauricio Pochettino was in the stands to watch Depay in PSV’s 4-2 victory at AZ last week and Tottenham are looking to attract him to the club.

Pochettino wants top-quality additions to improve his first team this summer and Depay fits the bill having been compared to Bayern Munich star Arjen Robben by his coach, Phillip Cocu.

PSV are currently 12 points clear at the top of the Eredivisie and Cocu admitted this week that the Eidhoven club expect to sell their star man at the end of the season.

"I think he can be as good as Robben," Cocu told reporters. "They are different players but they are both fast and have a good shot and both always have the desire to improve; neither player hides from training, which is a good sign for Depay.

"It's unfortunate that he might leave in the summer but, on the other hand, we must be proud as a club because we have raised him.

"At some point, it becomes clear that he is ready for the next step and, yes, I think he's going to leave PSV after this season."
Close