Romeo Agresti
Bianconeri CEO Beppe Marotta is to sit down with the 16-year-old's agent, Mino Raiola, in the coming weeks to discuss a deal for one of the most exciting young talents in Europe

Juventus are preparing a lucrative contract for Moise Kean in the hope of fending off interest from Manchester City and Arsenal in the teenage sensation.

The Italy Under-17 international, who was born in Vercelli to Ivorian parents, is considered one of the most exciting young prospects in European football, having progressed rapidly through the Bianconeri youth team ranks and notched five times in five appearances for the Primavera this season.

Despite turning 16 in February of this year, Kean has yet to agree professional terms with Juve, but the Italian champions are now confident that a deal will soon be done. 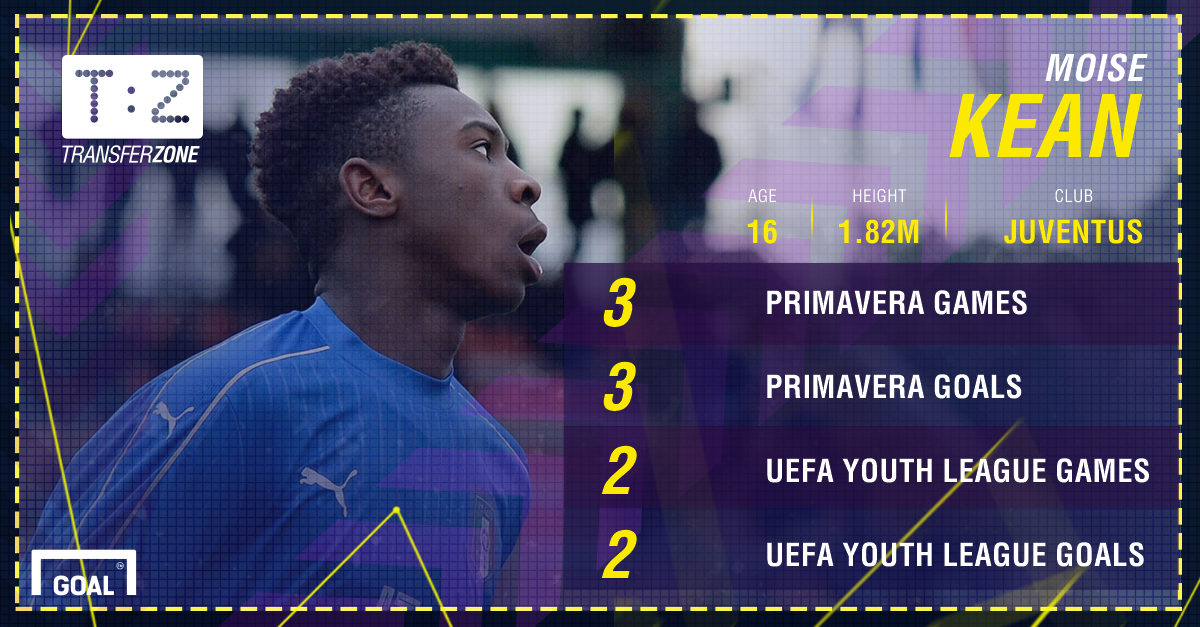 Indeed, Bianconeri CEO Beppe Marotta is set to sit down with the forward's agent, Mino Raiola, in the coming weeks to make a sizeable offer to a player who has just broken into Massimiliano Allegri's senior squad.

The initial delay had been caused by Raiola's insistence that Kean be allowed to go out on loan this season, either to Netherlands or Portugal, to secure regular, first-team football.

However, with Kean having been on the bench for both Saturday's Serie A clash with Udinese and Tuesday's Champions League trip to Lyon, it is now expected that Raiola will advise his client to commit his future to the Old Lady.