The Brazilian has become one of Europe's most sought-after assets and will line for the Dragons in Dublin next week in the Europa League final. Goal.com caught up with Hulk
EXCLUSIVE
By Fabrizio Ponciroli

Hulk has emerged as one of the outstanding players in a Porto team that clinched the Portuguese league title and will take on Braga in the final of the Europa League next week.

The forward has netted over 100 goals in his career and has attracted interest from clubs in Europe's most illustrious leagues.

The 24-year-old has been linked with several Premier League sides, while Italian champions AC Milan have also joined the list of admirers. Goal.com spoke with Hulk about Porto, his plans for the future and playing for Brazil's national side. 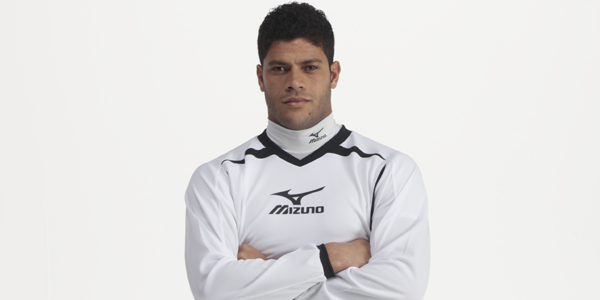 Goal.com: Where does the nickname 'Hulk' come from and who first called you that?

Hulk: I really liked imitating the Hulk when I was a little kid. My dad enjoyed it and always asked me to imitate him and gave me the nickname.

Who was your idol when you were a kid? Is there a player who you still admire now that you are a professional?

My dad has always been my idol. Ronaldo was my favourite footballer. His incredible strength to come back after all the injury problems is like a life lesson to me.

Is it true that you started your career as a defender? And who turned you into an attacker?

It never really mattered to me in which position I played. I just wanted to play football. I was used at left-back when I played for Vitoria and I liked it. When I moved to Japan, my friend and agent Teo told me that I would be a great attacker if I improved some areas of my game. He believed that I could become the strongest of all if I worked hard and this is where it got me.

What is your biggest strength and which area of your game do you want to improve?

I need to improve my aerial skills, even though I have already made some progress since moving to Portugal. My biggest strengths are my power, speed, technique and powerful shot.

What tactical set-up fits your style of play best?

There is not one style in particular that suits me. I think that every formation has its pros and cons. It's crucial to have a coach who understands your strengths and weaknesses. Obviously, I prefer to play up front, close to the opponents. That way I can make use of my strengths in one-on-one situations.

Who is your dream partner in attack? Someone with who you would form an unstoppable duo...

I can only repeat what I said before: Ronaldo, 'Fenomeno'.

If you had to describe yourself to the fans who do not know you yet, what type of player are you?

I would say that I am a professional who always gives his utmost to be the best in what he does. I have already made over 50 appearances this term, so I pay close attention to my body and work hard in training. The team is the most important thing for me. The most important thing in a footballer is his character. I want to be friends with everybody in the dressing room.


La Liga, Premier League, Bundesliga, Serie A: In what league would you like to play and why?

There is not one league in particular that I would like to play in. All the aforementioned leagues have a lot of prestige and have some great players. I really respect those leagues. What's more important than anything else for me is the team: I want to play at a team that fights for the title and has ambition.

What is your opinion on the Italian league? Many say that it is inferior to La Liga, Premier League and Bundesliga, do you agree?

I can only say that Serie A is one of the most important competitions in the world. Like in the fashion industry, the best players play in Italy. The quality of Italian football is clear to see and it is a wonderful country.

Is there an Italian player or someone playing in Serie A who you admire in some way?

I really admire Gennaro Gattuso for his attitude on the pitch. He is a real warrior. I like Andrea Pirlo for his technique. There are so many good players that it would be unfair just to name a few of them. I am also thinking of the Brazilian players: Robinho, Pato, Maicon, Julio Cesar...

The directors of AC Milan have admitted that they are interested in signing you: do you feel you are ready for a big move or do you want to stay at Porto?

I am very pleased with the interest of Milan. They are a great team with a marvellous history. And it is very important for us Brazilians that they have had players like Leonardo, Cafu, Ronaldo, Ronaldinho and lots of other famous players from my country.

I currently have a contract with Porto, though, and I respect that deal. The people here have always been good to me and treated me like family. I became a better player here and feel respected. I will always do my utmost to do a good job at Porto.

Milan already have some great attackers: do you feel confident enough to fight for a starting berth at this stage of your career or do you want the guarantee of first-team football?

I am an important player at Porto and work hard to keep that up. I have never really thought about competition for places and I do not think it is a problem. I even think it is a good thing as it pushes players to play to their maximum.

Someone has said that you would be the perfect alternative to Zlatan Ibrahimovic. Do you think you two are similar players?

Lots of players have similar characteristics, but they are never exactly the same. These differences depend on the style of play and the occasion. The most important thing is to help out your teammates.

Your buy-out clause has been set at €100 million. How much do you think that you are really worth?

Tell us about Andre Villas Boas: What type of coach is he? How is his contact with the players? What are his secrets?

He is a great coach and a good person. He is still young, but he is in absolute control of what happens at the team. He has a lot of authority and really knows what he is doing and saying. He is destined to become one of the best coaches in the world. I do not know his secrets. All I know is that he is a great guy to work with.


What is the key to your successful season with Porto?

We work in perfect harmony at Porto. The collaboration between the technical staff and the directors is excellent. Perhaps that is the secret to our success. The president only cares about Porto, we have a technical director who works 20 hours per day, a coach who knows what he is doing and we all belief in each other.

Do you hope to make it into the Brazil squad for the Copa America?

I work very hard to make it into the team. I would be like a dream come true for me.

Who are the favourites to win the Copa America? And who could be the surprise of the tournament?

I can only think of Brazil.