Inter's magnificent galleon of stars have been mastered, rigged and is ready to sail.

Rafael Benitez is on the look-out, Samuel Eto'o stands up front as topscorer and Inter move majestically forward in their Champions League defence.

That's how it was meant to be against Twente in matchday one a fortnight ago, but Inter's galleon struggled to a draw in choppy waters, causing the sceptics to reconsider the Italians' chances of conquering Europe once more.

The Champions League has become the intense focus in Milan, with bitter rivals the Rossoneri also obsessesed with winning it this term. Their charge is being led by former Inter man Zlatan Ibrahimovic.

Goal.com asked former Inter striker Mazzola his view on the Nerazzurri and whether their new inner workings, changed slightly during the summer, could create a new movement on the European stage.

Mazzola knows what it takes to win the European Cup, having done so in 1965. And he feels many of Inter's current players are feeling the strain from last year's treble as he sums up the current scenario at Appiano Gentile.

"I think Inter are feeling last year's strain. They were great last season, but then some players left the club, and many went to the World Cup without any rest in between," he told Goal.com. 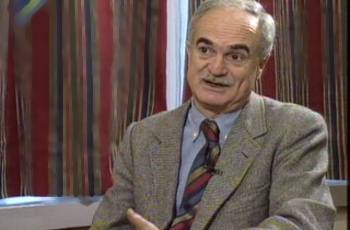 "I think it's a mental question as it is the mind which controls their legs. They need to rediscover the mentality.

"Inter won the treble and they are a team that always wants results, but I think their minds need to recover from a long season."

Coach Benitez is the key element for success. He has become the workhorse and central to the theme of Inter lifting Europe's coveted prize.

"Benitez was the best choice after Jose Mourinho. I have always said this. I don't see other coaches apart from Benitez that could have come in to continue from where Mourinho left," he added.

"He is an excellent coach and I think he will enjoy big success with Inter this season."

The big question is whether Inter can continue to trundle in the Champions League and reflect last season's glory.

"Can Inter defender their Champions League crown? Yes, they have the team to be able to do it," Mazzola said.

"I think they will get through the group and then we have to see what conditions they arrive in in February, but I am sure they can do it. It will be tough though."

Inter welcome Werder Bremen to the San Siro in matchday two on Wednesday.