Panama coach Hernan Dario Gomez called Lionel Messi a "monster" after the Argentina captain came off the bench to score a hat-trick in a 5-0 rout at the Copa America Centenario on Friday.

Messi came on with half an hour to play at Soldier Field in Chicago, with the Albiceleste leading Panama 1-0 courtesy of Nicolas Otamendi's opener.

However, the Barcelona star scored within seven minutes of entering the fray, adding a second 10 minutes later with a stunning free-kick, and completing his hat-trick with three minutes left to play as Argentina booked their place in the quarter-finals of the competition.

Gomez believes Panama - who played with 10 men for almost an hour after Anibal Godoy was shown two yellow cards in the first half - were capable of getting a result, up until Messi's entrance. 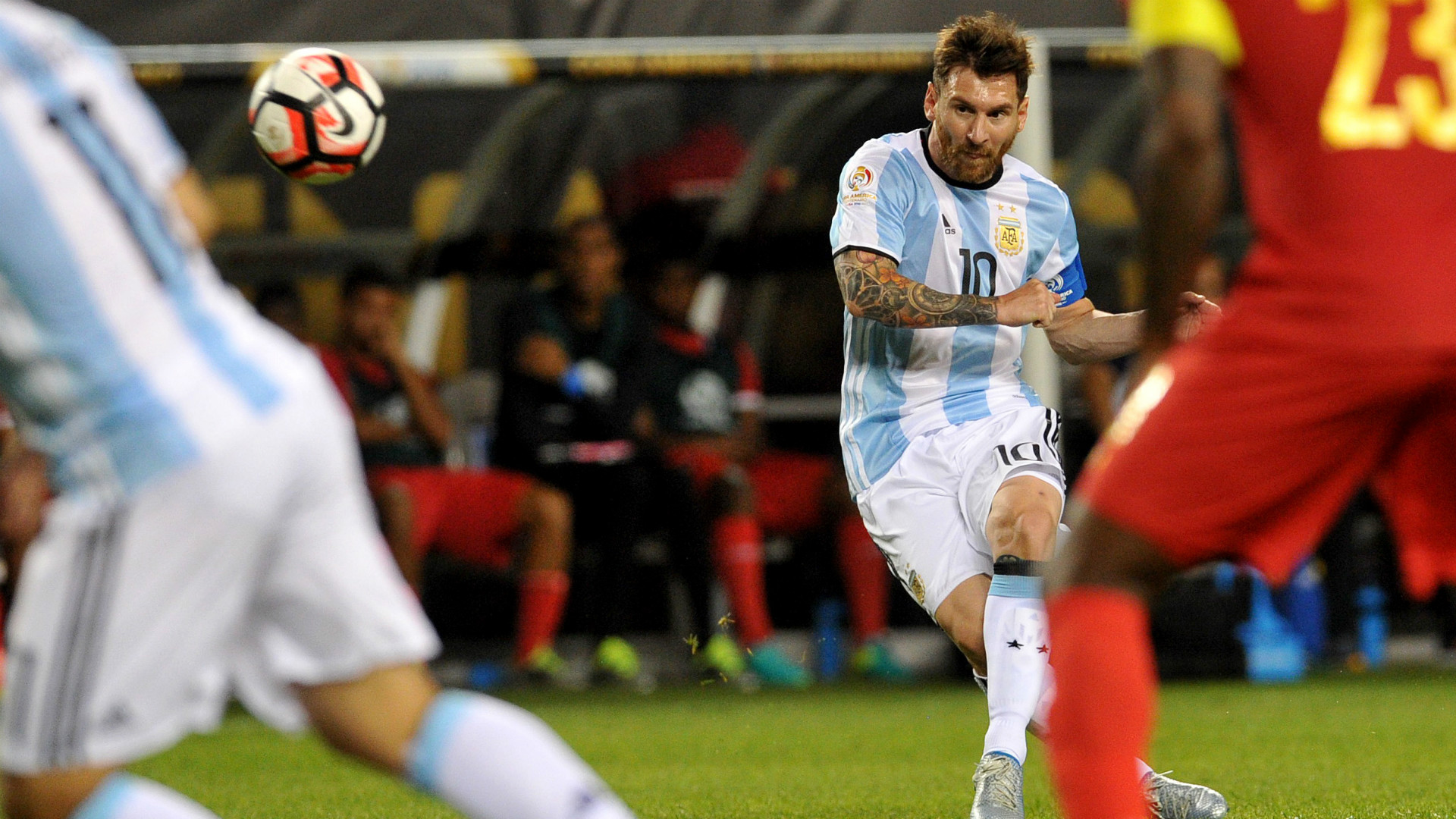 "Before Messi came on, there was no difference in the game," Gomez said. "Messi is a monster. If you make a mistake and Messi is nearby, you pay for it.

The Colombian coach added: "Argentina will beat Panama anywhere. They have more of a squad, with great players and more history.

"I saw important things from Panama in the first half, but after the third goal we collapsed. It was game that we started losing because of doubts in defence.

"But also, I think the margin is a bit bigger than it should have been."

The loss leaves Panama needing a win over defending champions Chile in their final Group D fixture to advance to the quarter-finals of the special-edition centenary tournament.