By Daniel Edwards
Teacher Yohana Fucks' letter made waves across Argentina, as she called on Barcelona star Lionel Messi to reconsider his decision to retire

Lionel Messi's retirement from the Argentina national team has turned the country upside down in the past few days, with an entire nation stunned by the news after Chile beat them in the Copa America final.

Argentina president Mauricio Macri, Buenos Aires mayor Horacio Rodriguez Larreta and football god Diego Maradona have begged for the Barcelona forward to change his mind, but perhaps the most moving message of all has come via Entre Rios teacher Yohana Fucks.

Her passionate plea quickly went viral among the millions of Argentina supporters desperate for Messi to reconsider his international retirement.

The letter in full:

"You will probably never read this letter. But I will write it all the same, not as a football fan but as an Argentine teacher, in this profession that I chose and love as you love your own. 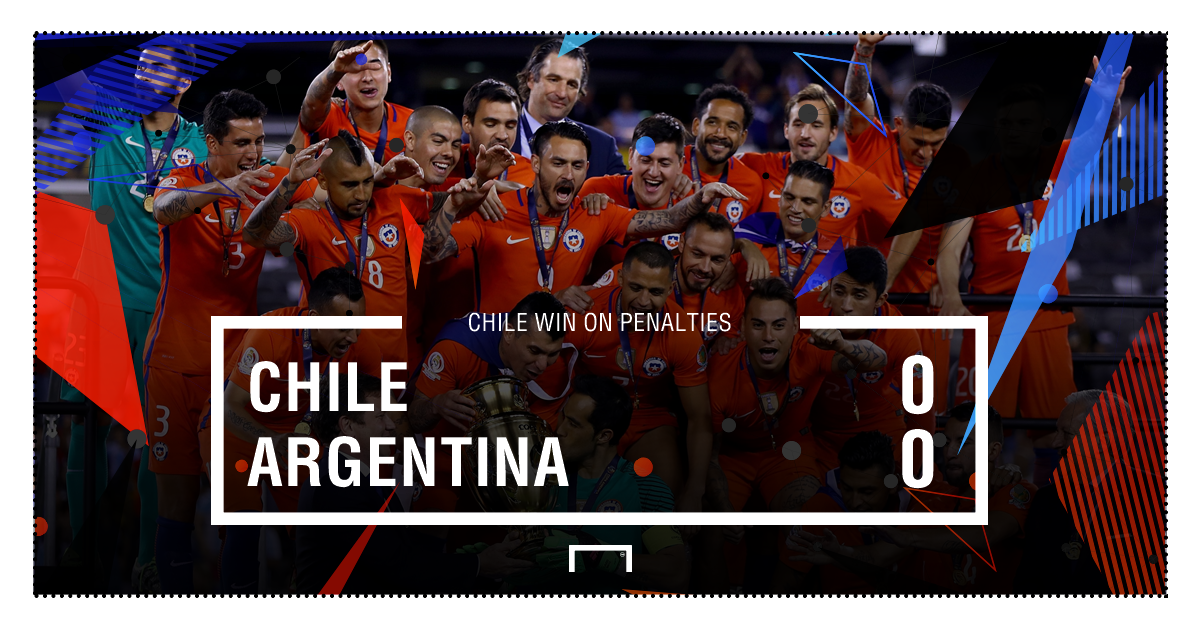 "I could write to you about your marvelous talents in the most popular sport in our country, the pleasure it gives me to be one of the generations lucky enough to see you show off the magic in your boots, or about the admiration you awake in every country in the world. But that would only serve to repeat cliches. Instead I will write for your help in a much tougher challenge than you have ever faced, I want you to help me in the difficult mission of moulding the behaviour of those kids who see you as a football hero and an example to follow.

"No matter how much love and dedication I put into my work, I will never receive from my students that incredible fascination they feel for you. Now they will see their biggest idol give up. I beg you not to give the satisfaction to mediocre people; those who, frustrated by the thousands of dreams they didn't achieve aim their resentment at a football player, those who speak about the rest because it is free and easy to do so. You are hearing this from a teacher who, despite the distance between us, deals with that nasty Argentine habit of thinking somebody else's job is simple, that scoring goals is as easy as building a house or a future for a person. It is that sick compulsion to bring someone down, or turn into idiotic judges that slam with contempt and arrogance the performance of others, only valuing victories and writing off mistakes as failures, those same errors that make us human and keep us learning.

"Please do not quit, don't let my students think that this country only cares about winning and coming first. Do not show them that no matter how successful you are in life, you will never manage to keep the rest happy and, worse still, do not make them feel they must live to make others happy. Do not send them this mistaken message that, despite overcoming so many adversities, fighting from a young age to become the triumphant man you are today, all that is tainted by the critics of those envious people who deep down would kill to be like you. 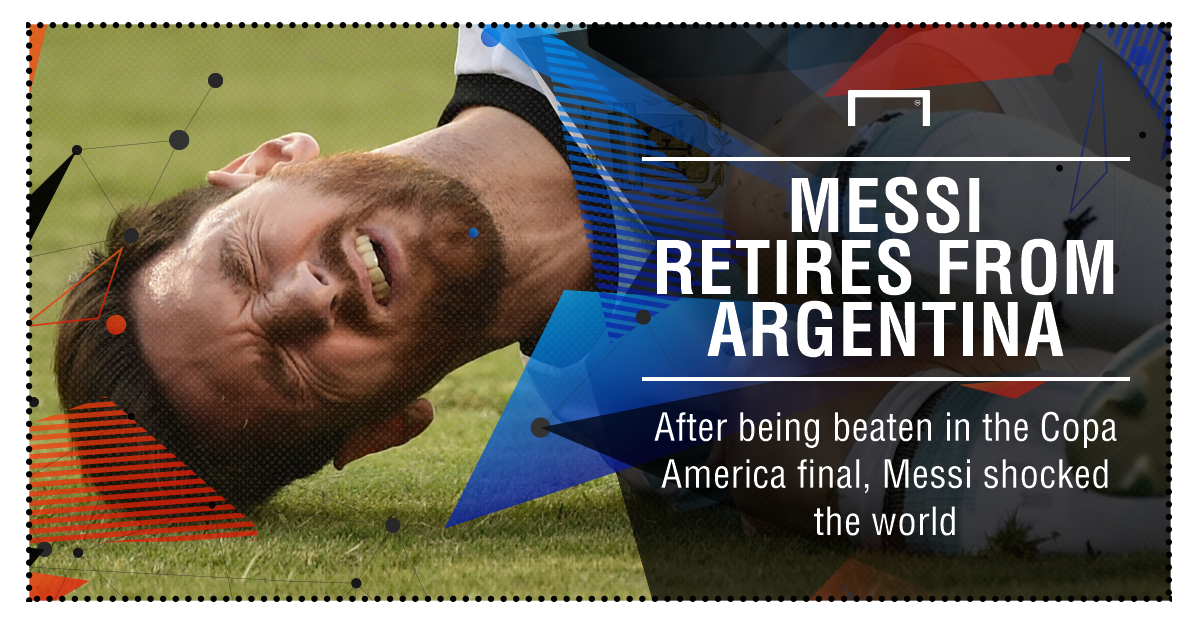 "If something like you, who had your family at your side, who has a hefty personal wealth and the support of so many people, cannot do it, how can they believe they are capable of carrying on having to face so many battles, day-in, day-out?

"I do not talk to them about how wonderfully Messi plays football, but of the thousands of free kicks he practised to manage to put the ball in the angle beyond the reach of any goalkeeper. I tell them of the Messi who put up with countless painful injections to keep chasing his dream; the Messi who with all the money he has earned helps other kids like him with their own difficult situations; I tell them of the adult Messi, the man who raised a family and deals with the most important job in the world, being a good parent; the Messi who stops a fan who mobs him in the middle of a match from being harmed; the Messi who can even miss a penalty because our faults make us humans, and that shows them even the greatest of all time is imperfect as well.

"Do not give up, do not put the shirt with our country's colours away, because when you pull the shirt on you become an Argentine that represents us all. Not all of us await medals and cups to feel wonderfully proud you are one of us. Please do not make my students feel that coming second is a defeat, and that the value of a person depends on how full his trophy cabinet is, or that losing a game is to lose glory. 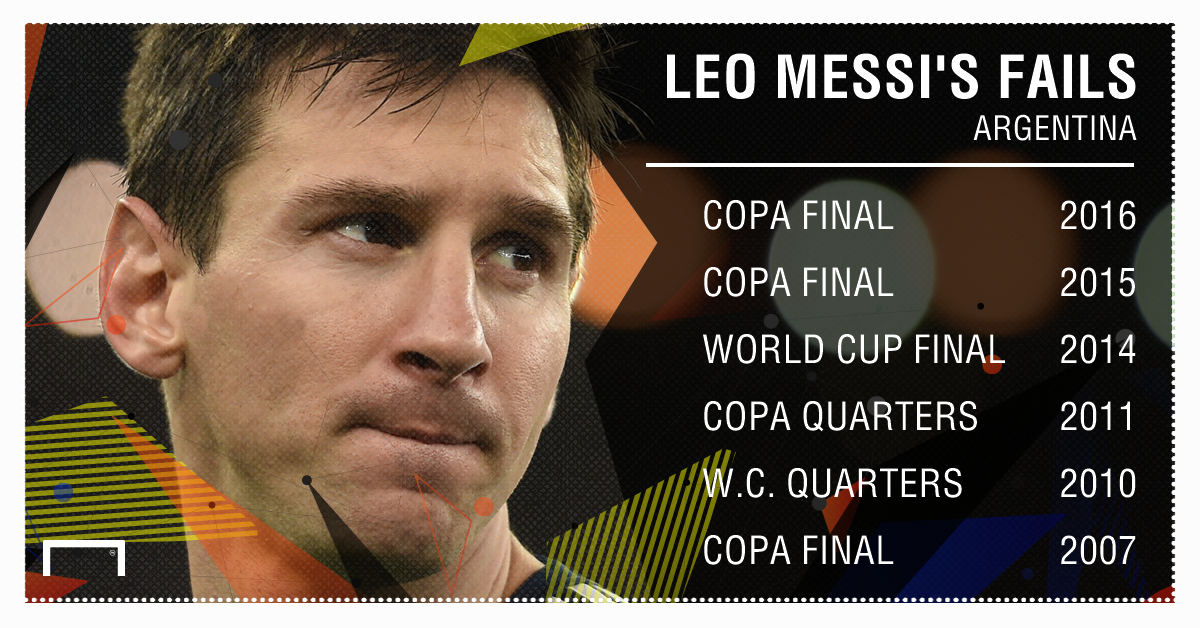 "My students need to understand that the noblest heroes, be they doctors, soldiers, teachers or football players, are those who give the best of themselves for the good of others, even knowing that nobody will value them more for that, knowing that if they do manage a triumph it will belong to everyone while if they fail it will be their failure alone. Even so they keep trying. But above all, they have heroism and courage, when they fight and overcome losses with bravery and integrity, even with the whole universe saying we will never make it.

"And one day they will enjoy the greatest victory: they will feel happy being themselves, with the demons they had to face in order to make it no longer an issue.

"Everybody talks about balls, I believe in the strength of your heart."
Close