By Daniel Edwards
The Barcelona converted past the Verde to reach a half-century with the national team, as he keeps up the chase on top scorer Gabriel Batistuta
Lionel Messi has reached 50 international goals after the Argentina star scored against Bolivia in Tuesday's World Cup qualifier.

The Barcelona superstar was on target with a penalty to put the Albiceleste 2-0 up against the Andean nation, with 28 minutes played of the first half.

His first goal in international colours came on March 1 2006, in a friendly against Croatia at the age of 18. That same year, Messi went on to become Argentina's youngest-ever scorer in a World Cup finals when he scored in a 6-0 rout of Serbia.

With a half-century of strikes, Messi also closes in on Albiceleste top scorer Gabriel Batistuta, who hit the net 56 times with the national team in 78 appearances.

La Pulga also joins an exclusive club of five South Americans who have broken the 50-goal mark, rubbing shoulders with some of the greatest strikers ever to play the game. 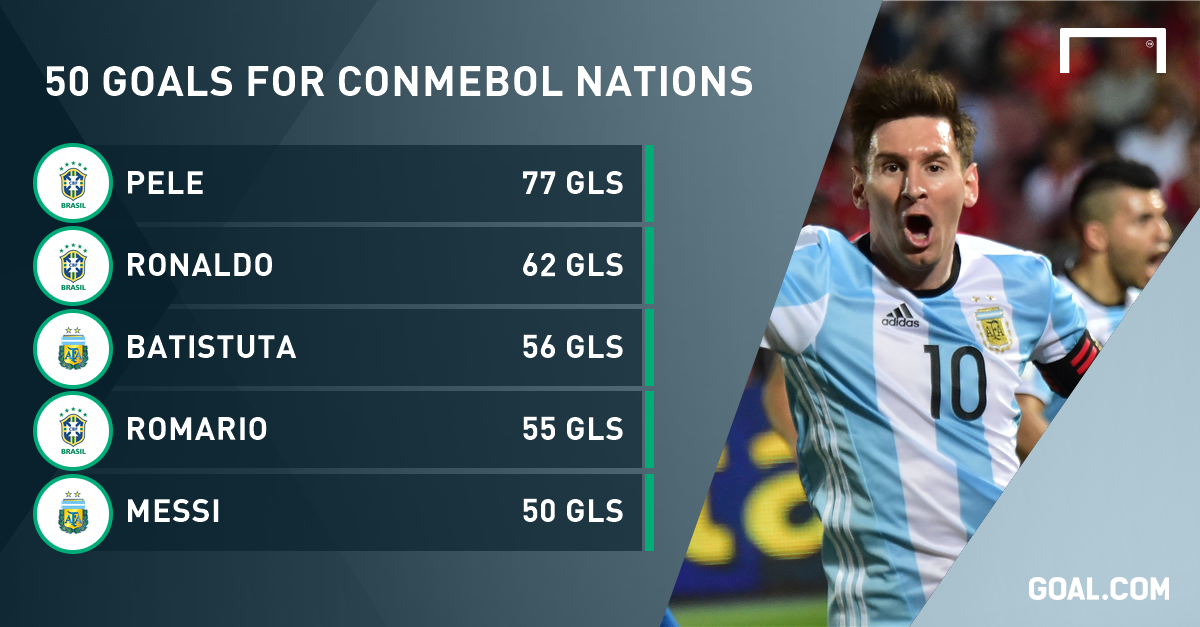