Mark Doyle
FIFA has backed president Gianni Infantino's plan to expand the game's showpiece event from 32 teams to 48 - here, Goal gives you the lowdown on what happened and why

It's the end of the World Cup as we know it. On Tuesday, FIFA voted in favour of expanding its flagship tournament to 48 teams and, unsurprisingly, the change of format, which is the brainchild of new president Gianni Infantino, is already provoking heated debate across the world.

In the interest of reason and rationality, Goal is here to bring you all of the facts and figures behind the most important alteration to the World Cup since 1998.

WHAT WAS THE VOTE ALL ABOUT?

Expansion. At present, the World Cup is made up of 32 teams, who are divided into eight groups of four, with the top two in each pool progressing to the knockout stage. This has been the format since France 1998 and will also be the format for Russia 2018 and Qatar 2022.

However, in 2026, we will have 48 participants and it's all down to Infantino. The Italo-Swiss succeeded Sepp Blatter as FIFA president last year and one of his key election promises was to increase the size of the World Cup. He initially pushed for a 40-team tournament before eventually proposing to invite a further eight nations to the party.

"FIFA's idea is to develop football in the whole world and the World Cup is the biggest event there is," he explained last year. "It's more than a competition; it's a social event!" And a very lucrative one at that.

FIFA expects to make €5.2 billion from the 2018 World Cup in Russia and, based on those projections, its number-crunchers believe that a 48-team World Cup will generate a further €950 million in revenue. 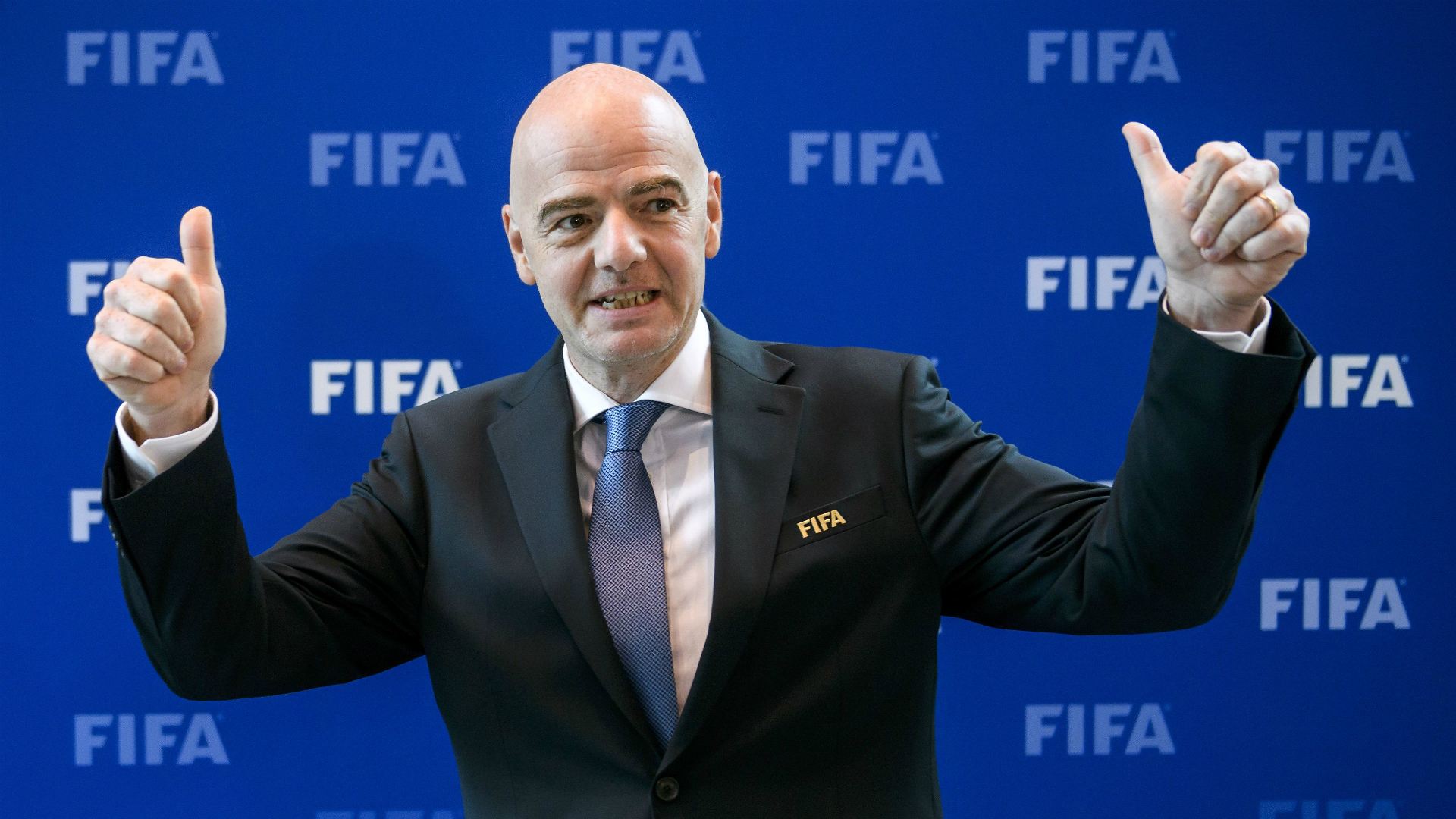 Thus, in order to make the event bigger than ever before, Infantino proposed having 48 qualifiers, to be divided up into 16 groups of three teams, with the top two in each pool going through to the round of 32.

However, there were four other options available to the voters:

- A 48-team tournament featuring an initial round of 32, with the winners of those knockout games then joining 16 seeded teams in the main event

- A 40-team tournament consisting of eight groups of five teams, with the top two going through to the knockout stage

The 37 FIFA Council members voted unanimously in favour of their president's proposal - and that wasn't the least bit surprising. Infantino had already claimed beforehand that he had the support of the six major federations (UEFA, CONCACAF, CONMEBOL, AFC, CAF, OFC).

"They are all clearly in favour of a World Cup with more teams," he stated at the International Sports Conference in Dubai in December.

Manchester United boss Jose Mourinho had also given the idea his full support. "I'm totally in favour," the Portuguese told FIFA's official website. "As a club manager, if the expansion meant more games, less holidays and less pre-season for players, I would say no. 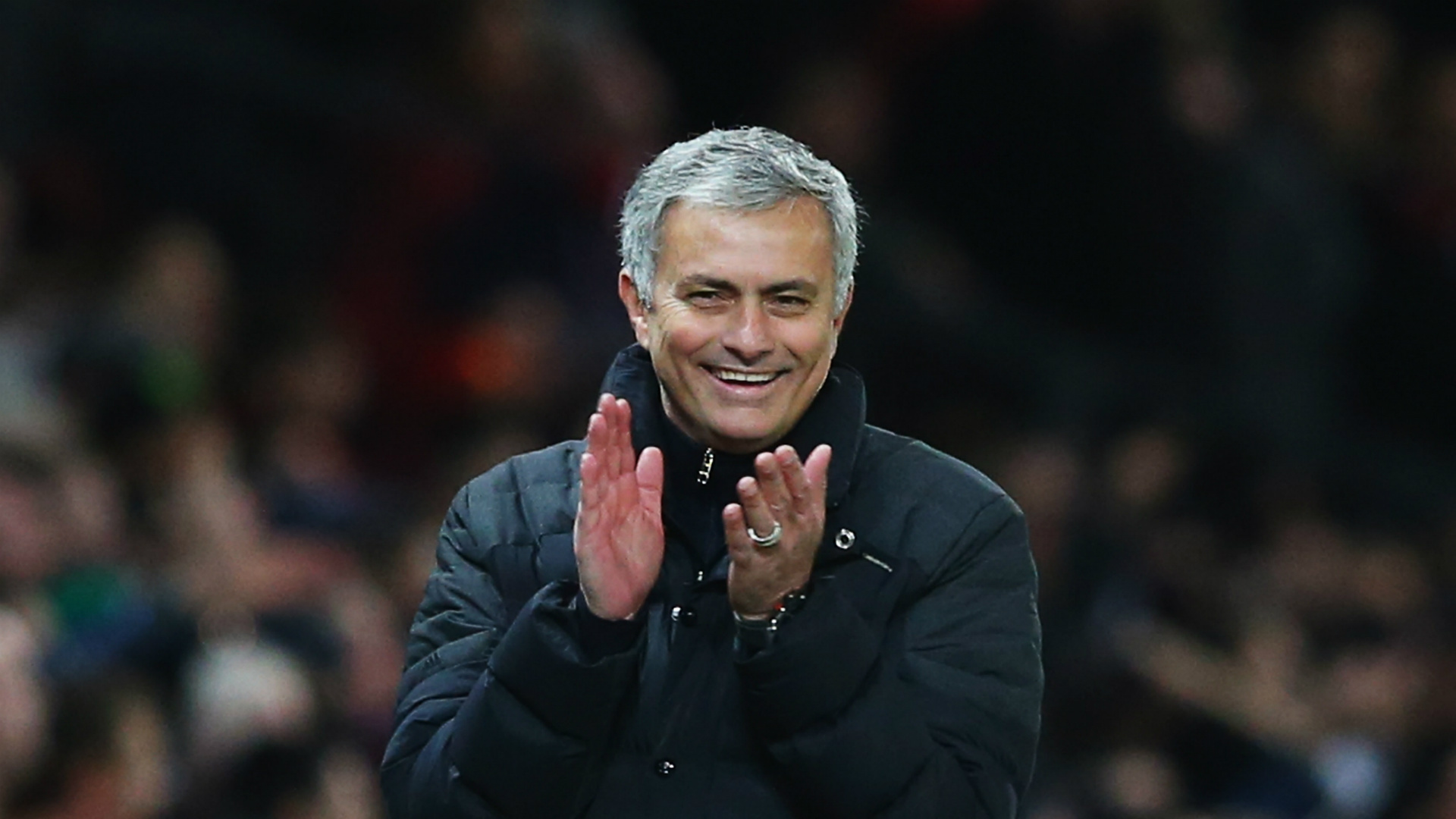 "But it's important for critics to analyse and understand that expansion doesn't mean more matches. Players are protected and clubs are protected in this way."

Indeed, while Infantino's ideal 48-team tournament means more matches overall, increasing from 64 to 80, the winners will still only have to play seven games and the length of the tournament will remain unchanged.

WAS ANYONE AGAINST THE EXPANSION?

Yes, absolutely. The European Club Association (ECA) were - and now are - worried about a dilution in quality, as happened at the expanded European Championship in France last summer, with Karl-Heinz Rummenigge suggesting last year that FIFA were attempting to extract more money from their biggest cash cow at the expense of the game.

"Politics and commerce should not be the exclusive priority in football," the ECA chairman argued.

The ECA also wasted little time in expressing their disapproval of the outcome of Tuesday's vote, releasing a statement just hours later that read: "We fail to see the merits to changing the current format of 32 that has proven to be the perfect formula from all perspectives.

"Questionable is also the urgency in reaching such an important decision, with nine years to go until it becomes applicable, without the proper involvement of stakeholders who will be impacted by this change.

"We understand that this decision has been taken based on political reasons rather than sporting ones and under considerable political pressure, something ECA believes is regrettable."

There are also already concerns that the three-team groups could easily result in sides playing out mutually beneficial draws in their final group game in order to ensure that both progress to the knockout stage. This has already sparked speculation that penalty shootouts may have to be introduced to settle matches that end level after 90 minutes.

We first listen to Infantino tell us why this is such a great development for the global game and wait for the precise details of how exactly the new, 'improved' format will work.

As of the time of writing, we are not expecting FIFA to announce how the 16 additional World Cup berths will be divided up between the six federations.

As it stands, there are 30 guaranteed qualification berths - UEFA (13 teams); CAF (5); CONMEBOL (4); AFC (4); CONCACAF (3); and the host nation - with the two other slots dependent upon play-offs between CONMEBOL and the AFC, and CONCACAF and the OFC.

However, it is highly likely that there will be dramatic significant increases for Asia, Africa and North America, as well as one automatic qualification place for the OFC. The earliest reports suggest it could break down as follows: UEFA (16 teams); CAF (9); CONMEBOL (6); AFC (8.5); CONCACAF (6.5); OFC (1).

That would throw up the rather interesting prospect of Africa, Asia and North America having more participatnts than South America, a continent that was produced nine of the 20 sides to have won the World Cup. Infantino's response?

"Football fever in a country that qualifies is the biggest promotional tool for football that you can have. From November when you qualify to June when it takes place, these nine months are the most important."

VOTE on the World Cup expansion!

As for the venue for the 2026 World Cup, it's CONCACAF's 'turn', with the United States, Canada and Mexico considering a first tri-hosted tournament. However, Colombia is also in the running. The South Americans were selected to stage the 1986 edition but had to hand it over to Mexico due to financial problems.

So, there are still some big decisions to be made. All we now know for sure is that the 2026 World Cup will, for better or for worse, have 48 teams for the first time ever.