By Stefan Coerts
The Eredivisie returns following the midweek Champions League and Europa League action and an exciting round 8 awaits.
Friday


The first matchday of round 8 is the relegation battle between Vitesse and Willem II. The Arnhen side are slowly finding their best form and recorded a 2-0 away win against Excelsior last week and have climbed to fourteenth spot in the table. Willem II on the other hand have been in abysmal form all season long and sit last in the table with zero points from seven matches. On Saturday, Breda side NAC host NEC in the Rat Verlegh Stadium. The hosts picked up the full three points against Willem II last weekend and sit in eighth position. NEC recorded an impressive 3-0 win against Feyenoord and have collected ten points from seven matches so far. Excelsior lock horns with Roda and the Rotterdam side will be eager to return to winning ways this week. They started the season in impressive form, but were beaten in their last two matches. Excelsior currently sit joint seventh in the table with ten points. Roda were held to a 2-2 draw by Heerenveen last week, but the Kerkrade side will be pretty pleased with their results so far this season. They've already met Twente, Ajax and PSV and sit fifth in the league table.

Table toppers Ajax face a stern test on Sunday when they lock horns with Utrecht. The Amsterdam side were held to a draw by Twente last weekend and put in a good performance in midweek to record a draw against Milan. Even though they'll be pretty pleased with those results, they'll still be eager to reurn to winning ways on Sunday. Utrecht put in a disappointing performance against AZ last week, but looked pretty impressive against Liverpool on Thursday. The Domstedelingen currently sit 'only' twelfth in the table and desperately need a good result on Sunday to stay in the race for the European places. 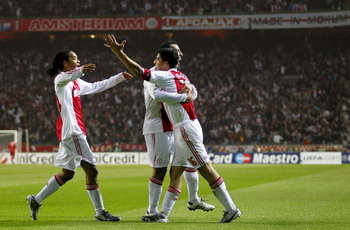 In form ADO Den Haag travel to Heerenveen on Sunday in what promises to be an entertaining match. ADO have climbed to sixth spot in the table following their 3-2 win against Heracles last week and the Residentieclub are brimming with confidence. Heerenveen on the other hand were unable to defend a 2-0 lead against Roda last week and had to settle for one point. Reigning champions Twente face a difficult home match against Groningen on Sunday and the Tukkers will be eager to record a good result. They were held to a draw by Ajax last weekend and were thrashed 4-1 by Tottenham Hotspur in midweek. The Tukkers are still unbeaten in the Eredivisie, but have already spilled points on four occasions. Groningen are still unbeaten as well and sit joint second in the table after seven matches. The Green-White Army recorded a 1-1 draw against PSV last week and will be pretty high on confidence.

Alkmaar side AZ were heavily beaten by BATE Borisov in midweek to end their hot streak and the 2008-09 champions will be eager to bounce back with a good result at the weekend. They currently sit joint tenth in the table, but a good result against Heracles could very well propel them in to a better position. The Almelo side have been struggling to find their best form all season long and were beaten 3-2 by ADO last week. They are the league's number seventeen at the moment and need a good result if they are to stay away from the battle against relegation. Relegation candidates De Graafschap have been performing far from consistent this term and currently sit fifteenth in the table. The Superboeren were beaten 1-0 by VVV last week, but they will probably been rather confident ahead of their match against Feyenoord. The Rotterdam giants have been extremely disappointing this season and sit only thirteenth in the table with seven points from seven matches. They were heavily beaten by NEC last week and the away match against De Graafschap promises to be yet another stern test for Mario Been's youngsters.

Title favourites PSV have been struggling to find their best form domestically and have collected only three points from their last three games. ADO Den Haag, Roda and Groningen all managed to pick up one point against the Eindhoven side. However, they put in a good performance against Metalist Kharkiv in midweek and PSV will be eager to return to winning ways in the Eredivisie as well. The home match against VVV should be the perfect opportunity for PSV to find their best form again. The Venlo side might have recorded a narrow win last week, but they're expected to battle against relegation this season and aren't likely to cause PSV too much problems.