Goal.com cartoonist Omar Momani gives us his unique take on the football news of the day...
It had been billed as the biggest Premier League fixture of all time, and whilst there may not have been the drama and incident to match the hype, Roberto Mancini's men's 1-0 victory over Manchester United signalled another turning of the tide in the title race.

Vincent Kompany's first-half header set City on their way to a vital three points at the Etihad Stadium, and while tensions flared between Sir Alex Ferguson and his Italian counterpart, the Scotsman was unable to inspire his side.

Instead, the Red Devils were left to return to Old Trafford with their tails between their legs and their noisy neighbours are starting to become defeaning. 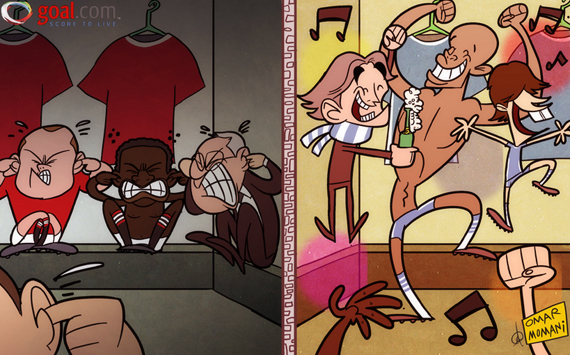