By Amar Singh
Do FIFA want to risk a stampede from another herd of white elephants?
In May 2004, FIFA announced that South Africa would host the 2010 World Cup. A delegation led by former president Nelson Mandela erupted in celebration.

Amidst a a few voices of concern about the country's alarming crime rate, HIV/AIDS problems and wealth inequality, the decision was largely met with acclaim.

The nation's journey from being the pariah of the sporting world to hosting the World Cup filled us all with hope and optimism.

Six years on and 22 FIFA executive committee members are set to decide where the 2018 and 2022 World Cups will be held.

This small group of middle-aged men have the power to make a decision that will impact on millions of lives - and lead to the expenditure of billions.

Fresh in their memory will be the 2010 World Cup, which has been deemed both a success and a failure depending on who you speak to and how they define what makes a World Cup successful.

As a spectacle some would argue South Africa 2010 was a failure. With the noisy drone of vuvuzelas suppressing the cheers and jeers of the crowd it was certainly not a treat for the ears.

Moreover the low-scoring opening matches and a series of superstars that failed to light up the tournament also fuels the belief that South Africa 2010 was not a vintage World Cup.

But giving the World Cup to South Africa was never about providing the optimum conditions for Lionel Messi to dazzle and nor was it about convenience for the core football market of Europe.

The decision to award the World Cup to Africa in the first place was all about taking football into a new market and creating a legacy that will benefit a whole continent.

So perhaps the true barometer of whether World Cup 2010 delivered the goods is to ascertain whether there are any signs of that legacy in South Africa today.

But what happened after Spain, the tournament's winners, packed up their boots and got on the plane back to Madrid?

For Neal Collins, a South African-born author and journalist, Fifa have left behind them a shameful legacy of empty stadiums.

"The white elephants - 10 magnificent football stadiums lying empty and unused - serve as a constant reminder of the expensive legacy of the FIFA World Cup," says Collins.

The World Cup stadiums in the northern cities of Polokwane and Nelspruit lie empty and seem doomed to remain so for many years to come.

In Durban the Moses Mabhida stadium was recently snubbed by neighbouring rugby team the Sharks as its operators searched for a new tenant, whilst cricket bosses are unhappy that the playing areas of all the new stadiums are too small for their sport.

Soccer City in Johannesburg served as the flagship stadium of the World Cup and largest sports venue in Africa. The 95,000 seater venue underwent a £300 million renovation before the World Cup and costs around £250,000 a month to maintain. 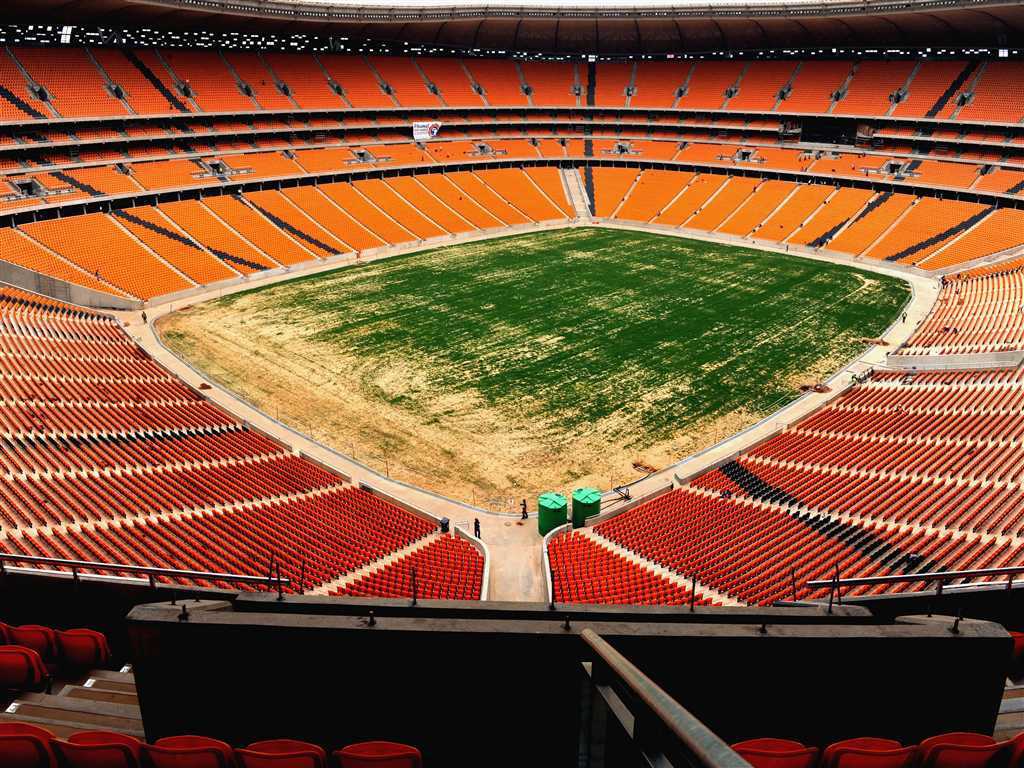 It is regarded as the de facto national stadium for the South African football team but other than the occasional derbies between local rivals Kaizer Chiefs and the Orlando Pirates, the stadium has struggled to generate post-World Cup revenue.

The 2010 World Cup organising committee chief Danny Jordaan wants to turn the venue, which under its previous guise as the FNB Stadium hosted Nelson Mandela's first speech following his release from prison, into a tourist attraction.

He said this week: "What do we offer the many tourists who come to the venue where Spanish soccer recorded its finest hour? They come to see the stadium where their team conquered the globe and we offer them nothing. All they can do is just sit on the stands, pose for a picture and that's it.

"Why don't we sell them a Spain or a Bafana jersey, a tiny piece of the pitch, a meal, the 2010 World Cup memorabilia?"

Should south-west Johannesburg and the township of Soweto not take off as a tourist destination for Spanish fans, the future of Soccer City, which is currently at the centre of a naming dispute over whether it must revert to being called FNB Stadium, is clouded in uncertainty.

A concert announced by Irish rockers U2 for February 2011 offers some hope that music could fill the void but a coherent plan on how to make the mammoth venue profitable remains elusive.

Meanwhile in South Africa's legislative capital, Cape Town's Green Point stadium, which hosted England's second group match against Algeria, hosts the odd Ajax Cape Town football match, luring an average of 7,000 supporters to the venue which has a capacity of 55,000 (reduced from 64,000) after the World Cup.

In rugby-loving Cape Town the best hope the stadium's owners have is to lure the union team, the Stormers, away from the Newlands Rugby Stadium. But with Western Province - another rugby team saying no thanks, it is unlikely the Stormers will fill the void.

Cape Town tourism's PR manager Sky Grove insists the stadium has a bright future: "Cape Town Stadium has not become a white elephant since the end of the World Cup.

"There is already a line-up of music, entertainment and sporting events planned for 2011."

Grove says that the World Cup benefited Cape Town by fast-tracking much needed improvements to infrastructure.

"We have a new state-of-the-art airport, an upgraded City station, an affordable airport shuttle, more security cameras and specialist police training around hosting mega-events. An entire area, known as the stadium precinct, was created, complete with a green park."

However, she adds: "It is too early to measure the long-term economic benefit of the World Cup. The direct, short term benefits were not as great as initially perceived but there could be several reasons for this, including the fact that the world was in the throes of an economic depression.

"There are already sentiments to suggest that it is more economically viable to focus on a greater spread of smaller events across a number of trades, disciplines and areas of interest, than to focus on attracting other large events in the future."

Should the site of an empty Soccer City, which served as such a magnificent venue for the opening and closing ceremonies and matches of the 2010 World Cup, rest on the conscience of any Fifa Executive Committee members then it is hard to imagine how front-runners Russia, who have pledged to build eight new stadiums, can seem such a desirable option.

Fifa likes to use the World Cup to spark new markets for the game in areas that could do with such as boost. They want to grow the global game by taking it to every corner of the planet.

But in places such as Russia - where the average attendances for the top division (12,500) fall below those in the Scottish Premier League - spending billions on stadiums and infrastructure would be another massive gamble.

Brazil in 2014 will likely lead to the creation of another herd of white elephants - four host cities, Manaus, Brasilia, Cuiabá and Natal, do not have a club in the country's top three divisions.

Another World Cup leading to another cluster of empty stadiums in a country with high unemployment and wealth discrepancies will only lead to more criticism for Fifa and Brazil's football authorities.

Those executive committee members with the foresight to see that might just feel that England's "ready to host the World Cup tomorrow" factor is not just the safest option for 2018. It's the only viable one too.