With a 5-0 lead from the first leg, Barcelona can afford to rest almost their entire first string this evening against Elche, who themselves are far more likely to be focussing on this weekend's massive La Liga showdown with local rivals and fellow strugglers Levante, than on pulling off a miraculous turnaround against the Catalans. 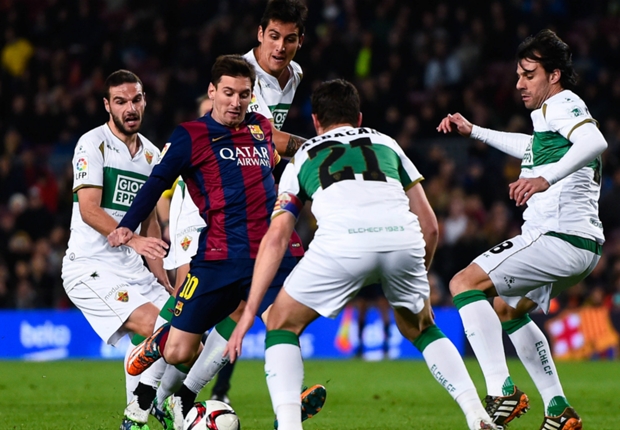 Expect to see a starting XI from Barcelona tonight made up of fringe players and youth academy prospects, with the likes of Messi, Iniesta, Piqué, Busquets and Mascherano all rested, while Neymar is out with a minor knock.

The game therefore is likely to feel a little like a practice match, played in front of a sparse crowd at 10pm on a Thursday night in the middle of winter. 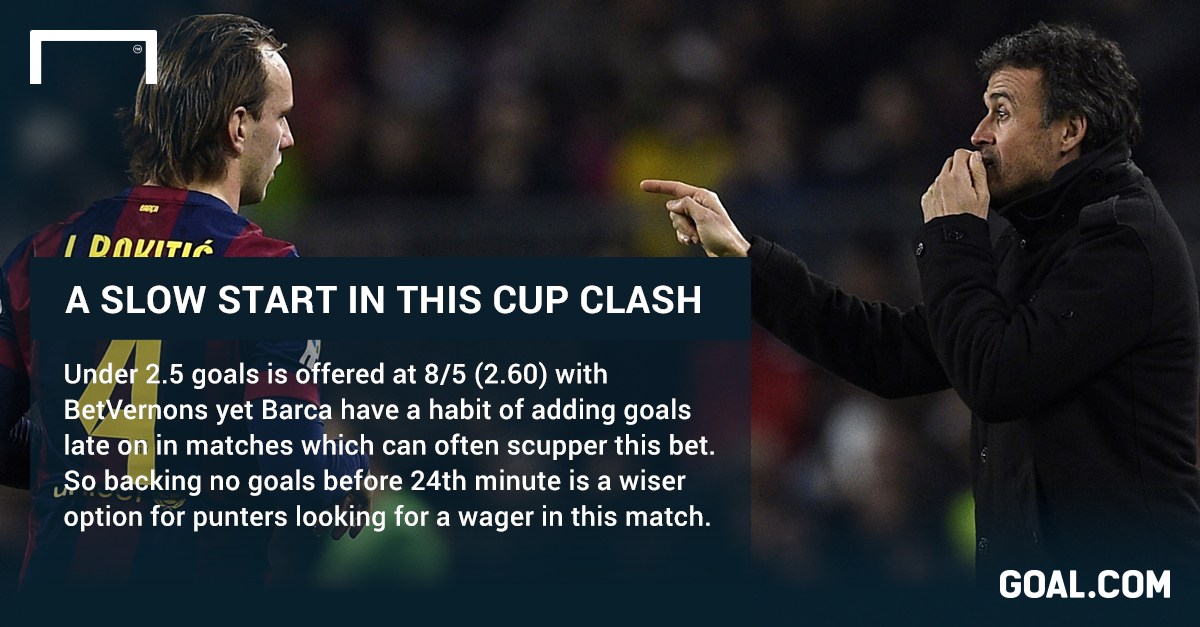 Intense it will most probably be not, and to that end backing no goal before the 24th minute at 5/6 (1.83) looks to be as good a selection as is available in the market. Neither side is particularly interested in the game, and when neither side has much to play for then early goals do not look likely.

Under 2.5 goals is offered at 8/5 (2.60) yet Barca have a habit of adding goals late on in matches which can often scupper this bet. So backing no goals before 24th minute is a wiser option, and in a match of little significance where the betting markets can often be tricky to negotiate this could prove to be an excellent option.