Neither side look likely to claim Champions League qualification by finishing in the top three this season, so a piece of silverware would go a long way to papering over the cracks of what has otherwise been a disappointing season for both teams. 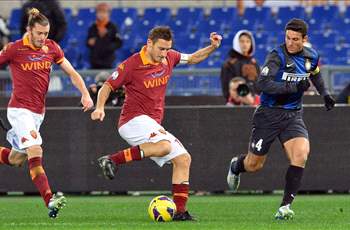 The Nerazzurri have not beaten Aurelio Andreazzoli’s men in their last six attempts, and Coral are offering odds of 8/5 (2.60) on them emerging victorious at the seventh time of asking.

The Romans ran out 3-1 winners at the San Siro in September’s league encounter, and they are available at 8/5 (2.60) to come out on top in what promises to be a tight match.

The two previous meetings between these two sides in Milan had both resulted in a draw, and you can get odds of 12/5 (3.40) on this one finishing all square.

These sides have paid little attention to the stereotype of conservative Italian football this season, each playing with a gung-ho style that has seen their games produce more goals at either end than anyone but Fiorentina in the Italian top flight. 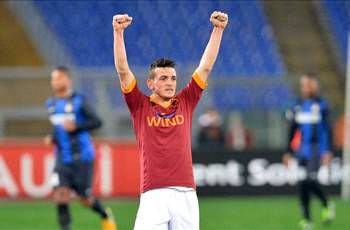 Considering their 2-1 deficit, Andrea Stramaccioni’s men will be compelled to attack in this game, meaning a high-scoring encounter is surely guaranteed.

A bet on over 2.5 goals would have paid out in three of the last four games between this pair, as well as Inter’s last two domestic home games, and looks safe at odds of 4/7 (1.57) this evening.

Although they will be pushing for a goal from the beginning, the hosts may have to wait a while before getting their breakthrough, as they have done in their most recent scoring games.

Stramaccioni’s side have broken the deadlock in the five minutes before half-time in two of their last three matches, and it is worth backing them to do so again this evening, at inviting 15/2 (8.50) odds.

Al Hain-Cole is an experienced tipster and avid follower of European football. He specialises in accumulators and if you would like to read more from Al you can follow him on Twitter here.
Close