This time though, the clash takes place in the Coppa Italia, as the Serie A rivals face off for the first game of a two-legged semi-final. 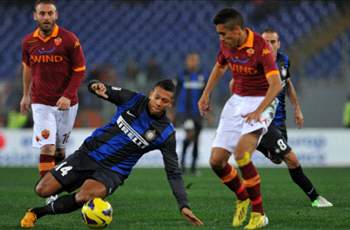 Sunday’s 1-1 draw brought an end to the host's five-match winning streak at home, and the Giallorosso are favourites at 10/11 (1.91) with Coral to get back to winning ways in this one.

Andrea Stramaccioni’s men had lost five consecutive matches on the road prior to the league encounter, so are understandably available at a big price to pick up a win in Milan, at odds of 11/4 (3.75).

That stalemate was the first in nine games between these two sides in Rome, but you can get odds of 13/5 (3.60) on them cancelling each other out once again this evening.

The Romans have been possibly the most entertaining club in the Italian top flight thanks to the gung-ho tactics of their charismatic manager Zdenek Zeman, and have provided more goals at either end than anyone else in the league.

However, they have allowed a conservative streak to come to the surface in recent weeks, and just four goals have been scored in their last three matches as a result. 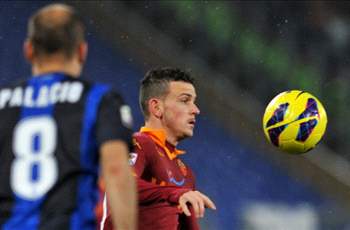 The visitors are unlikely to pose much of a threat to this record, having hit the back of the net just once in their last five away from home.

With one more leg to go in this tie, neither side can be expected to go for broke, so it makes sense to back a tight encounter to reap under 2.5 goals, at generous 7/4 (2.75) odds.

Last night’s draw between Juventus and Lazio underlines how tight these first leg matches usually are, as neither side wants to give too much away with another 90 minutes still on the horizon.

Having played out a draw just four days ago, it makes sense to back another hard-fought encounter to finish all square at the Stadio Olimpico, particularly with those tempting 13/5 (3.60) odds on offer.

Al Hain-Cole is a Liverpool fan, experienced tipster and avid follower of European football. He specialises in accumulators and if you would like to read more from Al you can follow him on Twitter here.