Inter don't do home defeats. Unbeaten in seven at the San Siro in the Champions League, the holders haven't lost in Serie A at their own ground since March 2008.

Against Werder Bremen, Inter are seeking their first Champions League win of the season after drawing 2-2 with Twente in the opener. They have previous against the Bundesliga side, meeting them in 2008 and 2004, drawing 1-1 and winning 2-0 respectively in Milan.

You need to go back to August 2007 to find the last Bremen win on the road in the Champions League. Since then it's D3 L4, including a 1-1 draw in October 2008 in Milan when Maicon and Claudio Pizarro got on the mark.

All of which makes the form favour the holders, whose last European home defeat came against Panathinaikos in November 2008. In their 48 home games since then, the Nerazzurri have racked up 37 wins and 11 draws.

Rafael Benitez has insisted there is no crisis despite the late defeat to Roma. The Spanish tactician will know that Bremen have conceded in seven of their eight games this season. Bremen came back from two goals down against Spurs on matchday one but overall they have been inconsistent with a W2 D2 L3 record.

Last time they played in Italy - against Sampdoria in August - they conceded two goals in the first 10 minutes, eventually losing 3-2.

Historically Inter have followed up a defeat with a win. Bremen are an unpredictable team who have lost three and drawn one of their last four away games. They only failed to score in one of those and showed against Sampdoria that they have resilience. 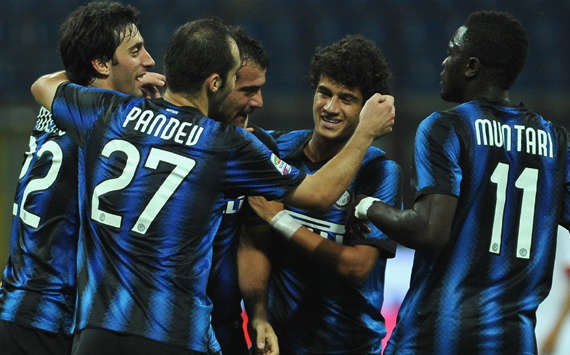 Goal.com encourages all readers who bet to do so sensibly.
Close