By Patrick Reilly
The bookmakers have had their say on Europe's elite competition which kicks off again on Tuesday...
Odds Supplied by Titan Bet

Barcelona remain the bookmakers favourites to reclaim the Champions League after being drawn with Rubin Kazan, Panathinaikos and Copenhagen in Group D. The Blaugrana are a short price to get out of their group and 3.50 to repeat their Wembley triumph of 1992 at the new venue in London next May.

Just like in La Liga fierce rivals Real Madrid are second favourites behind Barca at 5.50. The nine times champions have failed to get beyond the last 16 for the past six seasons and have been drawn in the group of death with Milan, Ajax and Auxerre.

If you fancy the winning club to come from Spain you'll get better than even money at odds of 2.10 with an all Spanish final currently priced at 4.50. The last all Spanish final was in 2000 when Real Madrid beat Valencia. David Villa's former club are 67.0 to go all the way and make up for consecutive disappointment in 2000 and 2001.

Chelsea are third favourites ahead of Manchester United to win their first ever Champions League title. English clubs have dominated the latter stages tournament in recent seasons but failed to supply a single semi-finalist last time out after providing three in each of the previous three seasons.

Next year's final is being held at Wembley and you'll get odds of 6.50 on two English clubs duking it out. The last all English final came in 2008 when Manchester United beat Chelsea on penalties in Moscow. Odds on the winning team coming from England are presently priced at 2.75.

Along with Spain Serie A provides three teams for the group stages. Holders Inter Milan are fifth favourites and the odds get considerably longer for city rivals Milan and Serie A runners up Roma. History isn't on the Nerazzurri's side as no team has retained the Champions League in its current format. 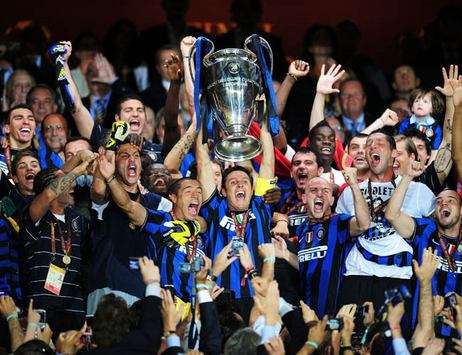 If you fancy a repeat of an Italian final like we had in 2003 when Milan met Juventus the odds are 34.0. Italy providing the winner is a good price at 8.0.

Last year's runners up Bayern Munich are seventh favourites at 17.0. The Bavarians will lock horns with Roma, Basel and CFR Cluj in the group stages.

Fellow Bundesliga teams Werder Bremen and Raul's Schalke are trading are longs shots with the bookies at 51.0 and 67.0. A German team winning the Champions League for the first time since 2001 is valued at 11.0 with an all German final priced at 51.0.

Ligue 1 champions Marseille remain the only French team to win Europe's elite competition. You'll get odds of 67.0 on Didier Deschamps pulling off a repeat of 1993. Lyon are better priced at 51.0 followed by Auxerre at 151.0.

An all French final is checking out at 81.0 with French club emulating Marseille's solitary victory to become champions at 23.0.

A winner coming from outside of England/France/Germany/Italy/Spain is valued at 11.0. The last time a side from outside Europe's top five leagues won the tournament was Porto in 2004.