I am interested in the first live game on television this weekend, the lunchtime kick off between Blackburn and Arsenal. After Arsenal’s brilliant win last weekend the bookies may have overreacted a little to the fact that it was (no disrespect) against Blackpool.

Putting Arsenal in at 8/13 (1.62) away at Blackburn is a bit short for me. The Gunners have failed to keep a clean sheet in their last ten away matches in all competitions and Blackburn have lost only one of their last 11 Premier League matches at Ewood Park and only four in 31 home games under Sam Allardyce.

Even if Arsenal do go ahead in this game, don’t worry too much as they dropped more points from winning positions away from home in the Premier League last season than any other team, including the 1-2 loss to Blackburn last season. 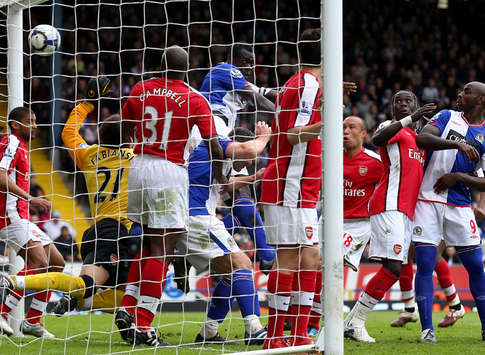 The weekend fixtures have thrown up some very interesting inconsistencies between my own personal view of the odds and those of the bookmakers. I like to do my research without the odds in front of me and when I looked back to see where they stood, we were further apart than Tom Hicks and George Gillette on stadium building policies.

I expect Blackburn (fuelled by Allardyce’s hatred for the horrible tippy tappy way they go about the game!) to give Arsenal a game at Ewood and backing Blackburn (5.85) and 1-0 (15.66) could be profitable. I think Man City (1.83) are good value away to Sunderland and there seem to be some draws lined up for Bolton vs. Birmingham (3.23) and Aston Villa against Everton (3.17). I’ll be backing singles and doubles on those two draws.

However my main tip of the weekend comes at Bloomfield Road and I honestly fell off my chair when I saw that Fulham can be backed at 2.30 at Blackpool. Opening day excitement against an atrocious Wigan team aside, I think Fulham will continue the ‘Welcome to the Premier League’ campaign that Arsenal started last weekend. 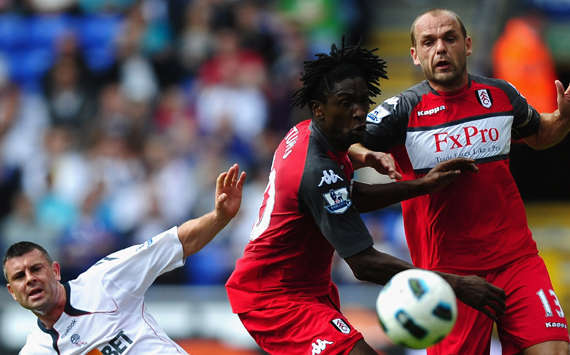 Rennes travel to newly promoted Arles on Saturday in France. Arles are expected to struggle all year and many will be surprised if they managed to stay up in Ligue 1 after they had a troublesome pre season where they've had to rebuild their squad from scratch. They have managed to bolster their squad recently with the addition of two Greek heroes of 2004 in Angelos Basinas and Angelos Charisteas but they've failed to pick up a point so far this season. Rennes tend to be good on the road, they won 3-0 two weeks ago away at Nancy plus they have plenty of pace up front with Ismael Bangaura and Ekoko and have talent sprinkled throughout the team.

Tottenham -1 to beat Wigan. White Hart Lane is probably one of the last places that Wigan would like to travel to now. They were destroyed here last season and a disastrous start of the season has seen their confidence plummet. There are plenty of goals in Tottenham right now and they will be buoyed by their midweek dismissal of Young Boys in the Champions League play-off.

Ponferradina had an amazing season last year when they top their group in Spain's Segunda B with 75 points. They may have lost the play-off final to Granada but I expect the momentum they gained from their promotion season to carry on at the start of this campaign. Last season defence was their strong point conceding just 21 goals in 38 games but only scoring 44 themselves. This year, on top of strengthening their defence, they also tried to address their scoring problems by adding some firepower up front with strikers Javi Lopez to come in on loan from Malaga and Juan Mayordomo on a permanent deal from Sant Andreu Barcelona. They have also added some good additions throughout their squad in other positions.

Playing in front of a passionate home crowd against an average team of the division, who didn't make any spectacular transfers to suggest that they will harbour any ambitions of promotion, I believe that Ponferradina are well set up for their first three points of the campaign.

Once again this weekend I will be carrying on my strategy of backing the draw and I will be placing three bets with Sunderland v Man City being the pick of them. Remember you only need one draw in three to come off to turn a profit.

The corresponding fixture last season was a 1-1 draw.

The draw is best priced at 3.40 with both bookmakers and betting exchanges

The other draws I will be backing this weekend are Blackburn v Arsenal (4.20) and Blackpool v Fulham (3.40) 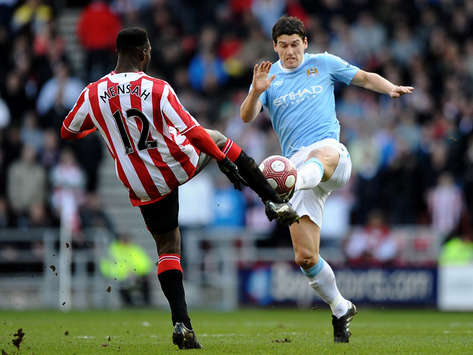