By Subhankar Mondal
Goal.com's transfer special series puts the spotlight on los Che...
One David may have been enough to fight one Goliath in the biblical story but in Spanish football even four Davids are not enough to get the better of Barcelona and Real Madrid. David Silva, David Villa, David Navarro and David Albelda all featured heavily in los Che's campaign in 2009-10 but couldn't help Valencia finish higher than third in the Spanish Primera Division - 28 points behind champions Barcelona.

In the summer the two main Davids went - Villa left for Barcelona and Silva signed for Manchester City - and although Navarro and Albelda are the two Davids that you would actually take with you to the battlefield - an actual battlefield and not a metaphorical one - Valencia were severely weakened. The likes of Ricardo Costa, Mehmet Topal, Tino Costa, Aritz Aduriz and Roberto Soldado all arrived at the Mestalla on a budget and the struggle to finish in the top four in La Liga began.

So far, so good. Unai Emery's side have qualified for the second round of the Champions League and are three points off the fourth spot in Spain's first division. Valencia do not need to make wholesome changes next month but one or two signings in certain departments would be a boost for the remainder of the season.

Cesar Sanchez remains the first-choice custodian for Valencia while Miguel Angel Moya is his deputy. Moya was actually supposed to be the ageing Cesar's replacement when he arrived from Real Mallorca in 2009 but some costly errors saw him get displaced from the throne. Against Manchester United at Old Trafford in the Champions League, third-choice goalie Vicente Guaita was hugely impressive.

So between the sticks Valencia are secured for now. Ideally, a big club like los Che should hunt for a top class goalkeeper, but given their financial paucity they have to make do with what they have.

Valencia have conceded 18 goals in 15 matches in the Spanish Primera Division and four in six in the Champions League. These statistics are not poor by any means but time and again Unai Emery's side have been left exposed at the back. Just like their match against Osasuna on Monday, in which 3-1 up at half-time at the Mestalla the former Spanish champions conceded twice in the second session to drop two vital points.

Miguel, Ricardo Costa, David Navarro and Jeremy Mathieu have looked good and the likes of Bruno Saltor and Hedwiges Maduro too have done their job at the back. However, Angel Dealbert has played little part in los Che's campaign so far and he could be sent out on loan. 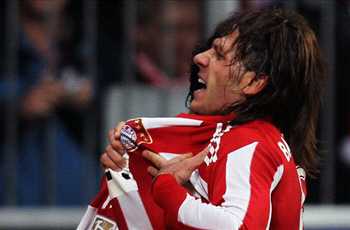 Martin Demichelis has been linked with a January move but the Bayern Munich centre-back is unlikely to make the switch. He is a liability and the Argentine is only going to prove himself unreliable in Spanish football, which is one of the most attack-minded domestic leagues in Europe.

Sampdoria left-winger/left-back Reto Ziegler's name too has been connected with Valencia but the Switzerland international is a first-choice at Samp and competing with the likes of Juventus and Liverpool is going to cost Valencia money that they cannot afford.

Valencia have a very talented and quality-laden midfield and there is little need to reinforce this department. Having lost Silva in the summer to Manchester City, the former Champions League finalists made a number of midfield signings and they look good for now.

Topal has looked immense in defensive midfield as yours truly found out for himself when he attended Valencia's encounter with Rangers at Ibrox, Albelda remains an enforcer, Pablo Hernandez is developing down the flanks, Ever Banega is as complete a midfielder as one could get, Vicente is shrugging off his injury problems. Joaquin has looked very good on occasions and Tino Costa has settled in Spanish football. And, of course, there's Juan Mata, who has appeared unstoppable at times.

Unai Emery has further back-ups in this department in the form of Jordi Alba (who can also slot in at left-back comfortably), although Manuel Fernandes is likely to switch to Besiktas on loan next month. Zaragoza midfielder Ander Herrera has been linked with a move to the Mestalla but signing the 21-year-old on a permanent contract isn't a necessity.

Losing Villa to Barcelona in the summer was a huge blow and even though Soldado and Aduriz have banged in the goals, the Spain international hasn't been properly replaced. Not that he can be really. But the two summer recruitment have done well indeed, netting eight goals among them in the championship. Also, remember Soldado has struggled with injuries this campaign.

However, there is a need for back-up. Soldado and Aduriz as the only two recognised forwards in the team and although their midfielders do push forward and have the ability to find the oppositions' net, another striker is required. Understandably, los Che cannot afford a Diego Milito or a Carlos Tevez, so they will have to make do with a good to very good centre-forward. 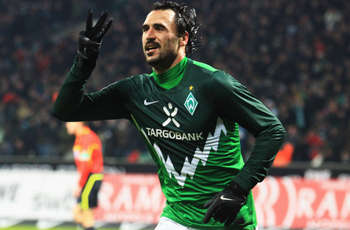 Almeida - Well worth the money

Werder Bremen's Hugo Almeida, Sevilla's Luis Fabiano and Roma's Adriano are some of the names that could be available in the summer. An approach for Sevilla's Alvaro Negredo on loan for the remainder of the campaign isn't exactly an unwise idea (although the Andalucians are in no mood to let Negredo leave).

Manchester City's unsettle striker Emmanuel Adebayor too could be available for sale next month but given that City will ask for a considerable amount of transfer fee and the Togo international's high personal demands, los Che should forgo this move.

However, Valencia could do well to try to convince Almeida to join them. The 26-year-old has revealed that he doesn't want to leave Werder in January but with his contract scheduled to be up at the end of the season, the German Bundesliga side could be induced to sell the Portugal international given that he is unlikely to sign a contract extension.

Almeida has been in good form both in the Bundesliga and in the Champions League and even though he would be ineligible to play in Europe, he would be an asset in La Liga.