Mark Doyle
The Real Madrid ace has dethroned Lionel Messi as the game's best player, with the Argentine finishing fourth behind Luis Suarez and Antoine Griezmann

Cristiano Ronaldo has equalled Lionel Messi's record of four Goal 50 wins after being named the world’s best player for 2016, with his great rival having to settle for fourth place.

The Portuguese superstar turned 31 in February but enjoyed the most successful year of his illustrious, trophy-laden career to date, firing home the winning penalty in Real Madrid's Champions League final win in May before then captaining his country to a shock triumph at Euro 2016.

"It’s an honour to receive this recognition again," Ronaldo told Goal as he collected the trophy in Madrid.

"It’s for all my team-mates at Madrid and in the national team. I feel very happy and very proud.

"Nothing is achieved without ambition, personal effort and without a team of colleagues and workers who support you day in, day out. That, day to day, is the most important thing."

Ronaldo has thus dethroned Messi as the Goal 50's No.1 player, with the Argentine finishing outside of the top three for the first time since the award's inception in 2008. 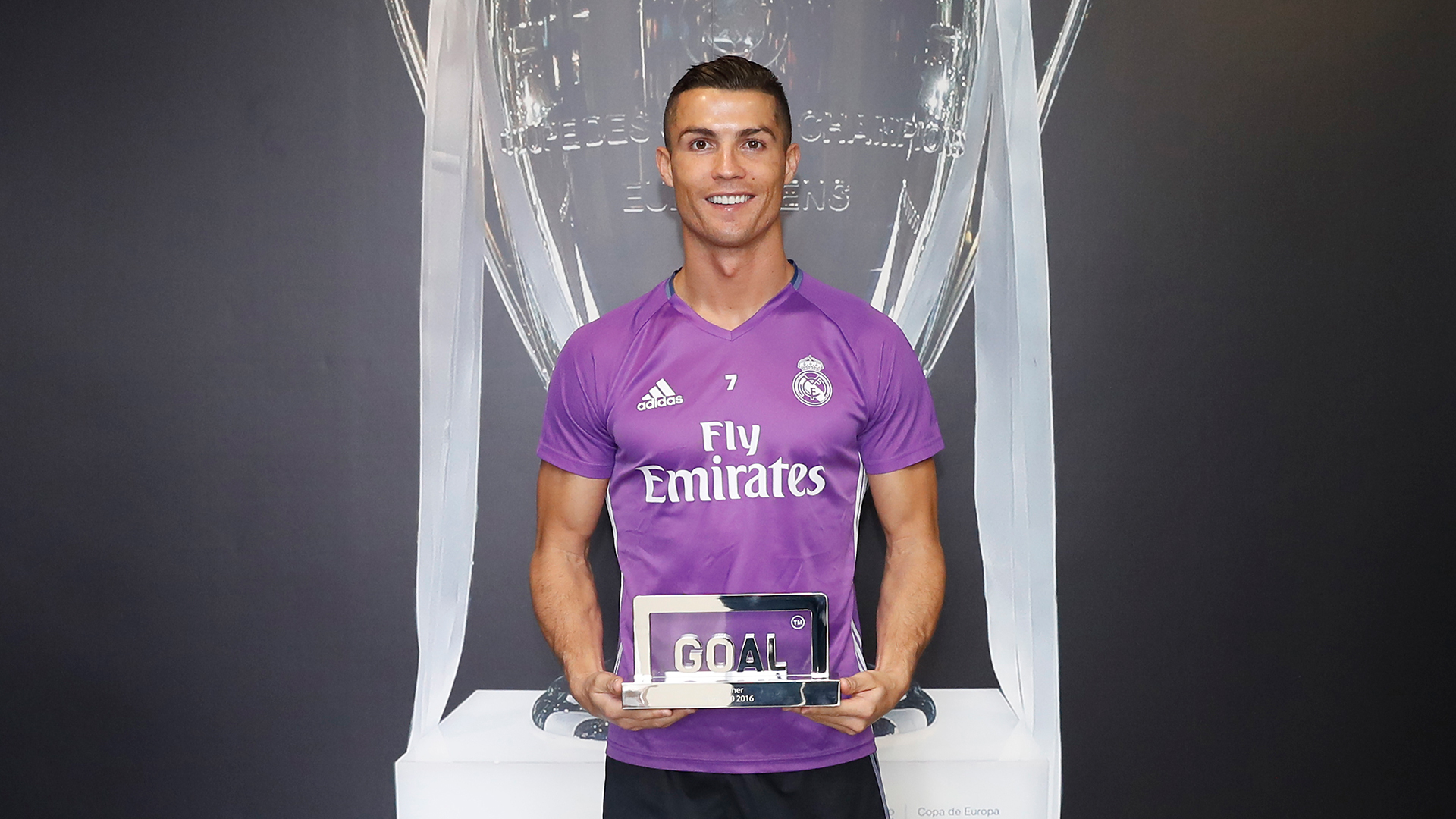 Messi helped Barcelona win a domestic double last season but he was outshone by team-mate Luis Suarez, who deservedly finished second in our standings after winning the European Golden Shoe by notching a staggering 40 goals in just 35 Liga appearances.

Ronaldo explains why he's No.1

Antoine Griezmann, meanwhile, took third place, as it was the 25-year-old's goals that eliminated both Barca and Bayern Munich during Atletico Madrid's run to the Champions League final, while his sensational form in his native France saw him claim both the Golden Shoe and the Golden Ball at Euro 2016.

Elsewhere, Gareth Bale claimed fifth place - his highest-ever Goal 50 ranking - on the back of his Champions League success with Madrid and the way in which he dragged Wales to the semi-finals of Euro 2016.

Neymar also cemented his legendary status in his homeland this year by leading Brazil to the one prize that had always eluded them, Olympic Gold, with the Barca attacker firing home the decisive spot-kick in his country's shootout success in the Rio Games.

The story of Cristiano's childhood

Of course, the story of 2016 was arguably Leicester's stunning Premier League title triumph and Riyad Mahrez's starring role in the Foxes fairy tale has been recognised with a seventh-placed finish. 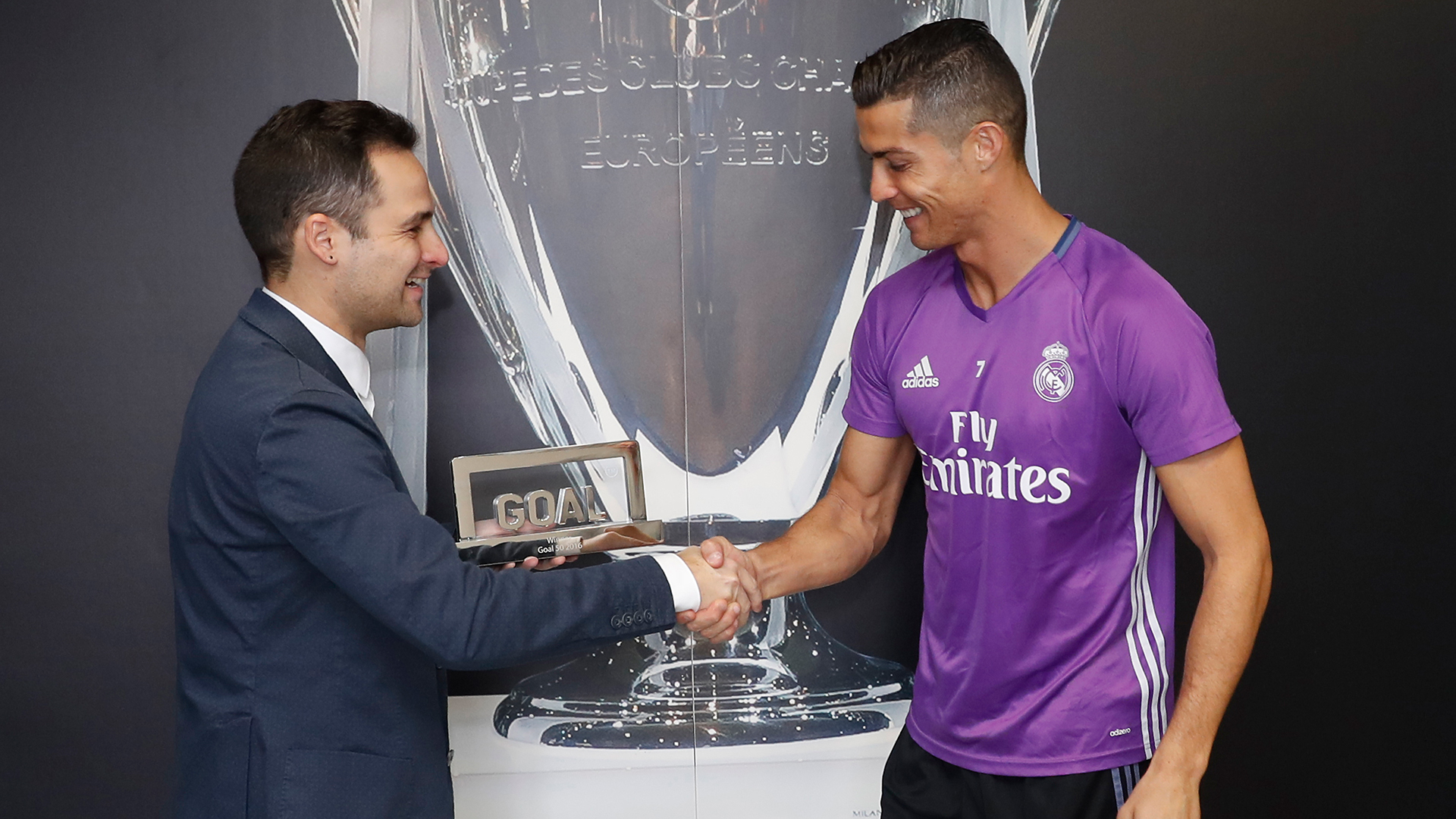 Bayern Munich hotshot Robert Lewandowski ended up one spot further down after becoming the first foreign player to score 30 times in a single Bundesliga season, while former Napoli striker Gonzalo Higuain finished ninth thanks to the most prolific campaign Serie A has ever seen.

Zlatan Ibrahimovic rounds off our top 10, with the Swede having made a fine start to his Manchester United career after inspiring Paris Saint-Germain to another domestic treble.

Haters gonna hate but CR7 is No.1

The Goal 50 is an annual award that both recognises and ranks the world's 50 best footballers of the past 12 months.

Chief editors and correspondents from Goal's 38 editions around the world all cast their votes, with candidates judged on their level of consistency over the previous year of action, their big-game performances, footballing legacy and the success of their teams at both club and international level.