Sadio Mane’s habit of making a masterful first impression long precedes him toying with Nacho Monreal and Callum Chambers - chopping between both Arsenal defenders as he cut in from the right - before finding the top corner on his Liverpool debut.

It pre-dates him winning a penalty against the same opposition when he made his bow for Southampton two years prior, in a League Cup victory.

And it stretches well beyond the time his agents from the arena11 group “couldn’t find good enough words” to describe his introduction to the 24-year-old’s artistry, when the player transferred from Metz to Red Bull Salzburg in 2012.

Mane’s fizz, and the frequency in which he left markers muddled in the distance, was well known on the streets of Sedhiou, a remote city in Senegal where he grew up on a diet of football in the dust.

At 15, he made the near 500-mile journey north to Dakar, and floored yet another observer as his destiny started to take shape.

“I left my city to go to the capital with my uncle, and there were trials on,” the attacker exclusively explains after earning 39th spot in the 2016 Goal 50, which ranks the best players in the world. 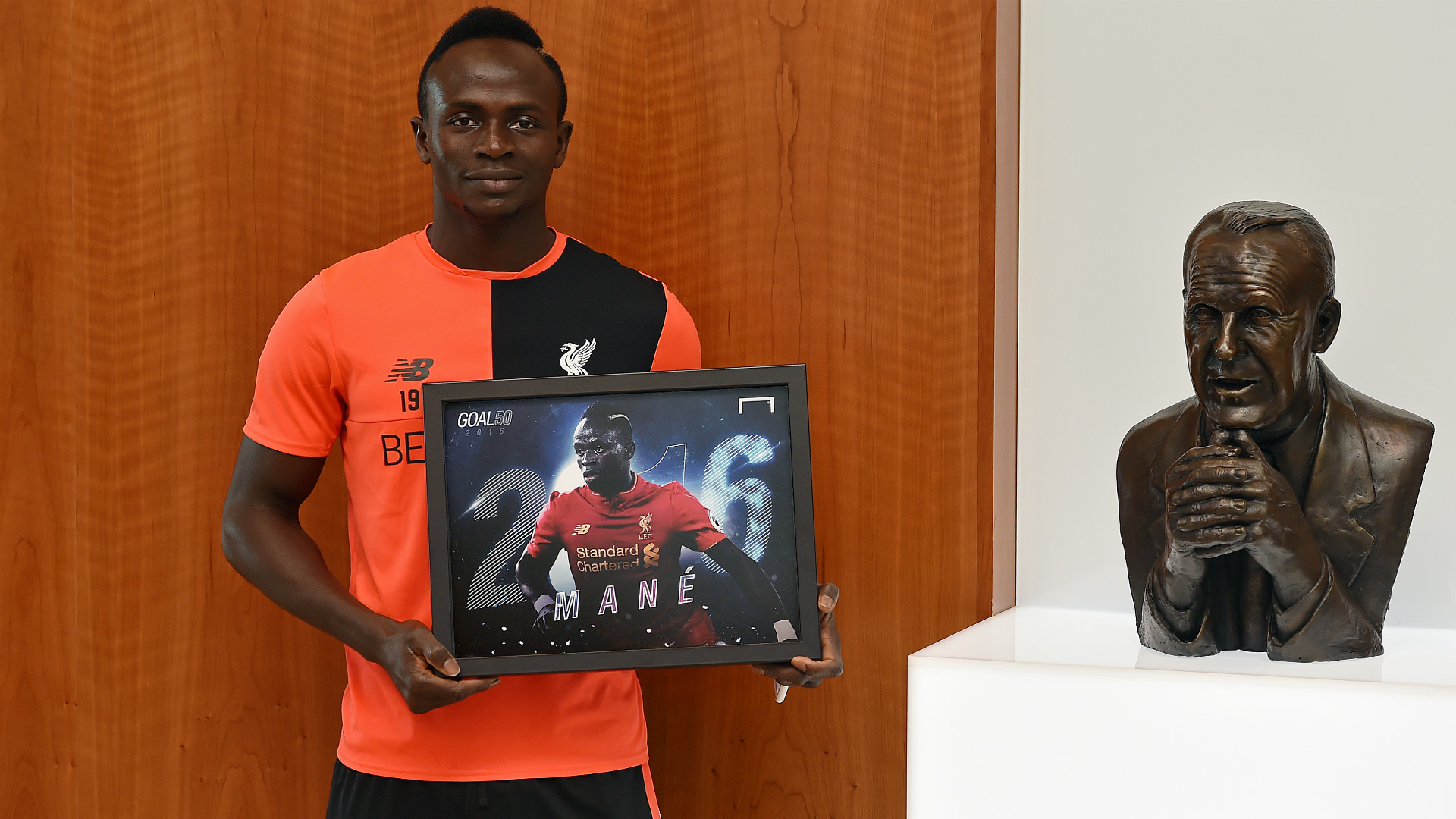 “We went to them and there were lots of boys being tested and getting organised into teams. I will never forget this, and it is funny now, but when I went to try out there was an older man that looked at me like I was in the wrong place.

“He asked me ‘are you here for the test?’ I said I was. He asked me, ‘with those boots? Look at them. How can you play in them?’. They were bad, really bad - torn and old. Then he said, ‘and with those shorts? You don’t even have proper football shorts?’

“I told him what I came with was the best I had, and I only wanted to play - to show myself. When I got on the pitch, you could see the surprise on his face.

“He came to me and said ‘I’m picking you straight away. You’ll play in my team.’ After those trials, I went to the academy.”

It took plenty of pleading for the Senegal international to leave home, let alone sign up to Generation Foot, the centre that also counts Diafra Sakho and Papiss Cisse as alumni.

“I was in the city, just playing ‘on the way’ - in the street or wherever there was a game,” Mane details.

“Since I was two or three years old, I remember always being with the ball. I would see kids playing on the street, and would join them.

“That is how I started - just on the roads. When I got older, I would go to watch games, especially when the national team played. I wanted to see my heroes and imagine myself as them.

“There was big excitement in the country in 2002 during the World Cup [Senegal got to the quarter-finals in their first appearance at the showpiece, famously beating holders France in the opening match], but it was already only football for me before that.

“We also used to have a tournament in our village, and I would always go to see that.

“Everyone would tell me I was the best in the city, but my family wasn’t a footballing one. They are big on religion and wanted different things for me.

“When they could see that in my head and my heart there was only football, I started to convince them to let me go to Dakar.

“In the beginning they didn’t accept it, but the more they saw how much I wanted it and that there was nothing else for me, they helped me.”

His talent so obvious and inspiring, even people who didn’t know Mane pulled together to ensure he had the best possible shot at pursuing his only passion.

“My uncle was a big help, but not the only one at the start,” says the winger.

“When I moved to Dakar, I went to live with a family that I didn’t even know!

“My family knew someone who knew them, and he took me to their house.

“They took me in, they took care of me and did everything to help me just worry about football until I left for Metz.”

Now, they tune in with pride as Mane twists and turns Premier League defences, marvelling at his craft up close when he returns home for international duty as Senegal’s “little diamond.”

Each time he takes to the pitch, it is an opportunity to show his gratitude to them and one he does not waste.

Instrumental during his country’s qualifying campaign for next year’s Africa Cup of Nations, scoring thrice as they topped Group K without losing a game, Mane will be Senegal's trump card at the finals in Gabon.

In 11 appearances for Liverpool since his £30 million summer switch from St Mary’s, Mane has directly contributed 10 goals. He reached double figures in both his seasons at Southampton; his cocktail of lightning speed, clever feet, clarity of vision and tirelessness twice drawing Manchester United’s interest.

But fate would ensure Mane, admired and monitored by Jurgen Klopp since the London Olympics in 2012, would line up for the German.

Before departing Salzburg for the south coast of England in 2014, Mane had a mega offer from Spartak Moscow. The money on the table was barely believable, but the speedster left Senegal with football advancement as his focal point and so much more appealing was a meeting with Klopp and the prospect of fitting into his dazzling Borussia Dortmund team.

“I was so excited. I couldn’t believe it - that he wanted to meet and thought I could help his team, who were so good. I used to watch them all the time,” Mane recalls.

Salzburg proved difficult to negotiate with and a deal didn’t materialise, but a base was built and Klopp continued to note his development. 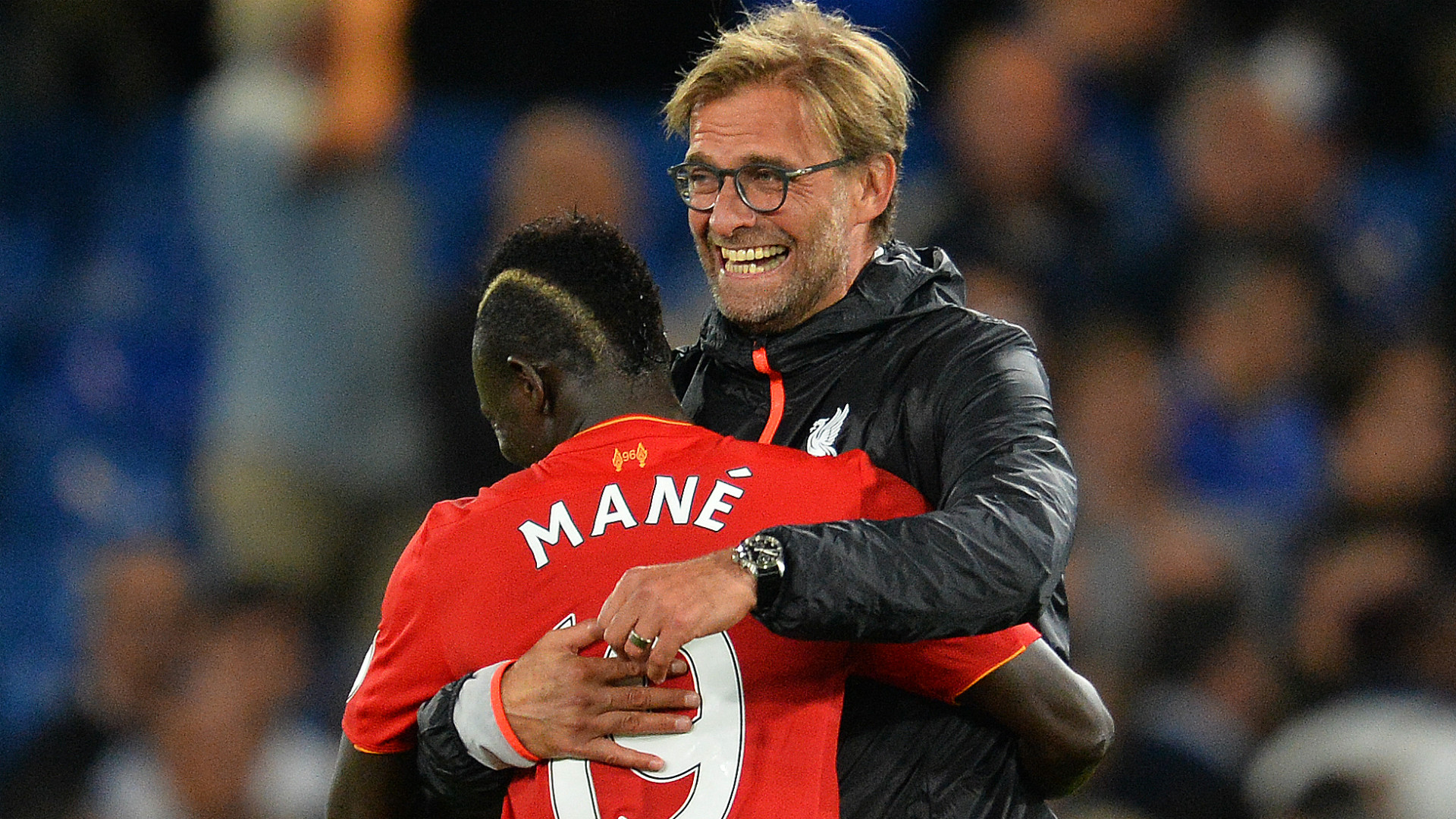 During the summer window, the 49-year-old knew exactly where to look when searching for explosive pace and added goals in the transfer market.

“Things didn’t work out back then and it was frustrating, but that’s life - nothing just comes easy,” Mane reflects.

“I told myself to just carry on working hard, push myself and something big would come. I did that. I went to Southampton, I played well and then, Klopp wanted me again.

“Now I’m lucky enough to be working with one of the best managers in football. It was meant to happen and I am very happy to be learning all the time from him.” 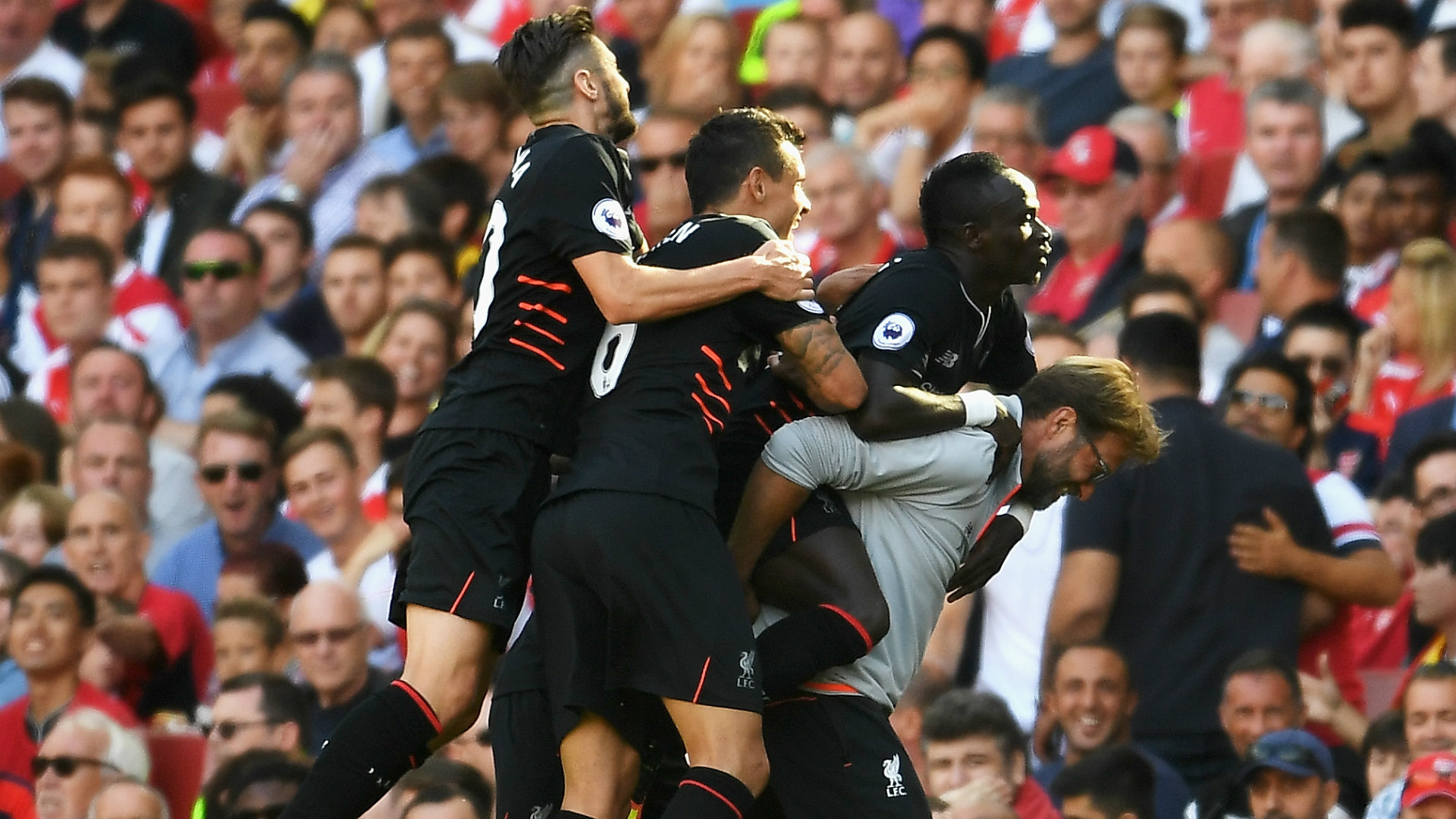 When he opened his Liverpool account at the Emirates, Mane - both arms outstretched, his fingers pointing to Klopp - ran to his manager and jumped on his back. The celebration was a long time coming; the moments since serving as a reminder of why he sacrificed everything, weathering trying times in the process.

“I was so young and it wasn’t easy at all to leave what I knew,” Mane admits of his path, which meant a separation from those closest to him.

“I missed my family so much, missed being with my mum and my sisters. But to be a footballer is all I wanted and I knew these tough days were to help me achieve that.

“Many, many, many people I grew up with, such skilful players, didn’t have the chance I did to become a professional.

“I knew the things that were hard were important for me to succeed. Now I am here, with no regrets, living my dream.”

Mane, who has an apartment in Liverpool’s city centre and no longer needs a GPS to direct him to Melwood from home, has navigated his new surroundings, expectations and demands seamlessly. 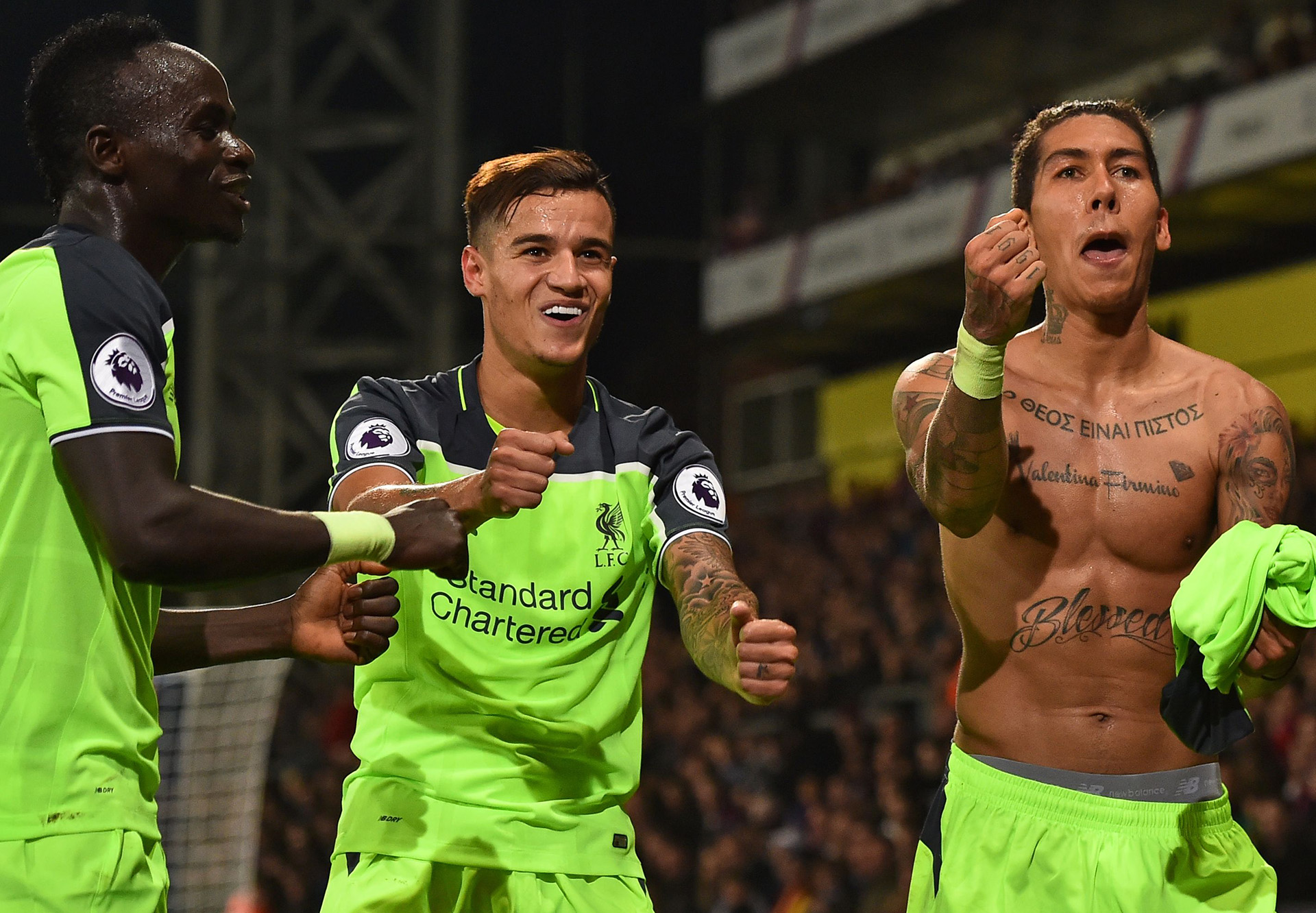 His start for the Anfield side has been effective and entrancing. Part of an attacking trident that features Philippe Coutinho and Roberto Firmino, Mane and his Brazilian accomplices have embarrassed the opposition with regularity, and in riveting fashion.

“A good thing for footballers is not to think too much, especially when you’ve got to move to a big team like Liverpool, because that’s when you start to confuse your mind,” he explains.

“That is all I focused on, not how things would go or what could happen - good or bad. I left my mind open and was ready for anything. I’m very happy to be part of a team with big, big talent with everyone working for each other. It makes it easy for a player when you’ve got really good teammates and when everyone wants the same thing.”

Mane remembers himself as a 15-year-old, digesting just how much he’s progressed from the street player with stardust in his feet, but a limited understanding of the game. 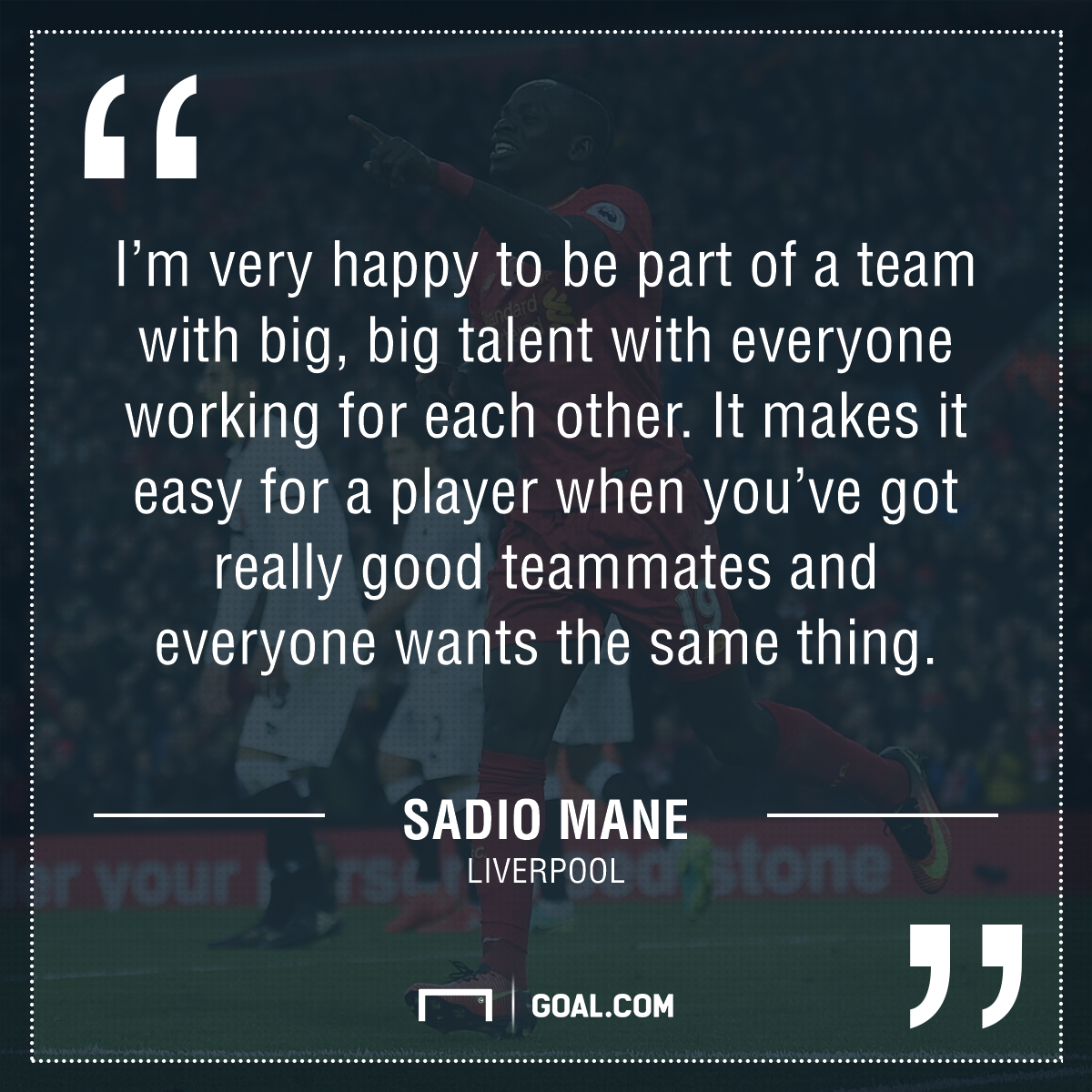 “When you’re a little boy, sometimes you think you know everything about football,” he says.

“You want to do it your way. But I have learnt so many different styles, different tactical things, and how to be a more complete player from my days at the academy until now, with the help of great coaches and teammates.

“I’m still young and building myself and I always want to improve. Every day is another chance to work hard and to go closer to being successful.”

For Mane, this is only the start. That will be welcomed by Liverpool and loathed by every team that has the displeasure of trying to stifle him.