By Patrick Reilly
Following King Eric's latest outburst we rank 10 of his best quotes from his colourful career...
10) "The revolution is really easy to do these days. What's the system? The system is built on the power of the banks. So it must be destroyed through the banks. A real revolution" (2010)

Wading into the global financial crisis the footballer/philosopher/actor has sparked an online campaign calling for a "real revolution." Cantona has called for a mass withdrawal of funds from banks by the tens of millions of people affected by the recession around the globe.

His message has gathered momentum but has been questioned by economists who have said such a tactic would mean banks quickly run out of cash and require further Government intervention.

A French based movement has pledged to a mass withdrawal of savings from banks on December 7th.

9) "After his first training session in heaven, George Best, from the favourite right wing, turned the head of God who was filling in at left back." (2005)
George Best's death in November 2005 saw the great and good of football folklore lining up to pay tribute. Few could compare with Cantona's eulogy for his fellow United legend when he added, "I would love him to save me a place in his team, George Best that is, not God."

George Best and Eric Cantona in the same team. Now that would be something to savour.

In Ken Loach's charming film 'Looking for Eric' the Manchester United hero comes to the rescue of downtrodden Red Devils fanatic Eric Bishop. The postman is helped through his mid-life crisis by his idol Cantona who utters the memorable line, "I am not a man, I am Cantona."

Perhaps equally memorable was a line from Bishop's character in the film, "I'm up to here with your (Cantona's) philosophy. I'm still getting over the f*%$£&* seagulls!" 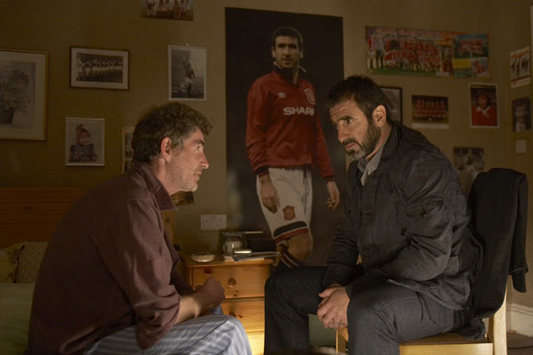 During his successful playing career Cantona admitted that, "I wanted to act even when I was still playing football."

Although his kung fu skills would make Cantona suitable for an action movie the prospect of him squaring up with Arnie was ruled out by his desire to star in arty French films instead.

Playing an obese man in L'Outremangeur (The Overeater) the actor said in 2003, "This is quite an elitist film and I'm not sure that every Manchester United fan would like it. It's not an action movie that you might go to to relax."

He added, "I like making films that I find interesting and intellectually challenging."

In an era when foreign players were the exception and not the norm Cantona stood out in English football for his ability on the pitch and demeanour off it. Whilst his Manchester United team-mates were reading the tabloids, playing cards or Gameboys on the team bus Cantona was sitting alone reading classic French literature quipping, "I didn't study, I live."

As such it perhaps wasn't a surprise that he walked away at his peak citing lack of motivation and desire to try new things adding, "I'm proud of what I achieved there, but life on memories is not much of a life." 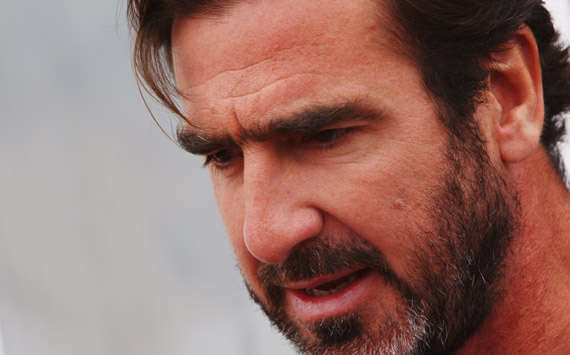 5) "My best moment? I have a lot of good moments but the one I prefer is when I kicked the hooligan."
In just six seasons in English football the talismanic Frenchman won five league titles, two FA Cups and the lifelong adoration of Manchester United supporters. Despite all the silverware Cantona mused in an interview that the highlight of his career was the infamous kung-fu kick on a Crystal Palace fan in January 1995.

Suspended from football for eight months his absence was keenly felt. Without him Manchester United won nothing. 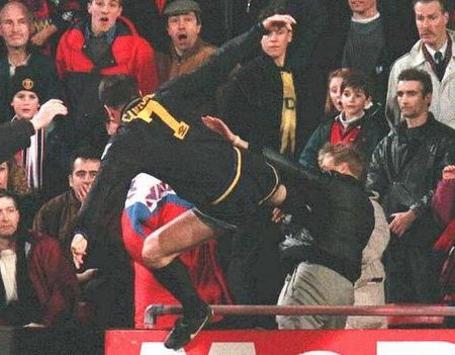 4) "I'm so proud the fans still sing my name, but I fear tomorrow they will stop. I fear it because I love it. And everything you love, you fear you will lose." (2004)

When Cantona came to Old Trafford in December 1992 the club had been pipped to the league title months earlier by Leeds United in which a certain Frenchman played a key role.

His signing from the Red Devils' great rivals was the final piece in the jigsaw helping United end their 26 year wait for another league title. Years after hanging up his boots at, just 30-years old, the £1.2m signing from Leeds remains an icon on the terraces and was voted the greatest player in the club's history in a 2001 poll. 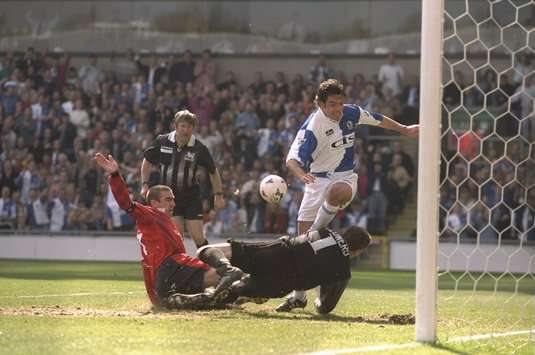 Henri Michel handed Cantona his French debut in 1987 against West Germany and like the man who replaced him in the national team, Zinedine Zidane, he scored in his first game.

After being dropped by Michel a year later the fiery Cantona lashed out on national television calling his manager a "bag of shit." He was banned from international football for a year and returned when Michel Platini replaced Michel in charge. 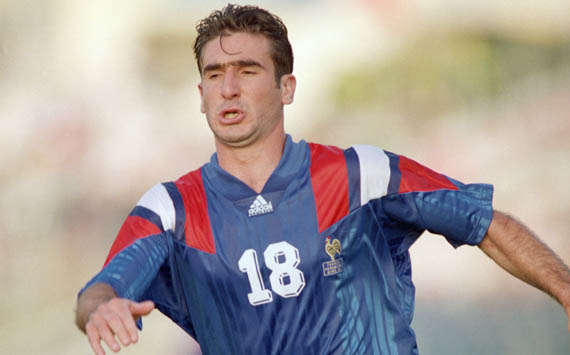 2) "Deschamps gets by because he always gives 100 per cent, but he will never be anything more than a water carrier." (1996)

Monsieur Cantona stoked up Gallic rivalry with former French team-mate Didier Deschamps before Manchester United played Juventus in 1996 by branding him a "water-carrier."

"You can find players like him (Deschamps) on every street corner. At present Didier likes to act like a monk and a moralist but he'll end up wallowing in every kind of vice," he told a French newspaper.

Cantona stuck the knife in further, "The only two decent French players in Italy are Youri Djorkaeff and Zinedine Zidane and the rest are nothing special."

Deschamps shots back saying, "How many players can you find on street corners who have won two European Cups? Besides, every team needs its water carriers."

The future World Cup winner had the last laugh as the Bianconeri won both games against Manchester United in the competition that season.

1) "When the seagulls follow the trawler, it's because they think sardines will be thrown into the sea. Thank you very much." (1995)

King Eric's disciples would surely attack the Manchester Bastille better known as Old Trafford if this wasn't number one!

Following his assault at Selhurst Park the Man Utd number seven was disciplined and given community service as part of his punishment. Thrown to the media the moody star sat silently through the press conference as club officials kept reporters up to speed with the development of the story.

Then something stirred, Cantona spoke and uttered his most famous quote, taking a long sip of water in between, which compared his hounding by the media to the daily routine of hungry seagulls. Merci beaucoup Eric.