By Subhankar Mondal
In the wake of FIFA president Sepp Blatter considering the return of the Golden Goal, Goal.com's Subhankar Mondal looks back at 10 of the most memorable moments the last time the rule existed between 1993 and 2002...
Italy v France - Euro 2000

It was the Euro 2000 final between Italy and France at the Feijenoord Stadion in Rotterdam, Netherlands on July 2, 2000. Marco Delvecchio had given Italy the lead in the 55th minute and it remained 1-0 to the Azzurri until the final minute of injury time when Sylvain Wiltord found the net with a low drive past Italian goalkeeper Francesco Toldo.

The match went into extra-time where David Trezeguet received a cut-back pass from Robert Pires and smashed the ball into the roof of the net to crown France European champions.

France's road to the final in the European Championships in 2000 was replete with dramatic events and one such instance occurred in the semi-finals against Portugal. Nuno Gomes had given Portugal a 1-0 lead on 19 minutes in the semi-finals but six minutes into the second session Thierry Henry restored parity.

The game finished 1-1 after 90 minutes and went into injury-time. With just four or so minutes of extra-time remaining, les Bleus were awarded a penalty after Abel Xavier was adjudged to have handled a Sylvain Wiltord shot. Zidane stepped up and successfully converted the spot-kick, firing his nation to the final. 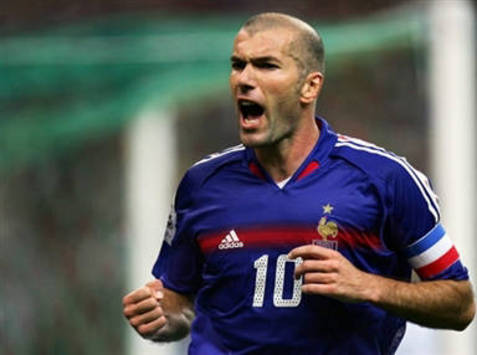 The final of the European Championships in 1996 saw Germany take on the Czech Republic with the Mannschaft aiming to win the competition for the third time in their history. Patrick Berger converted a penalty for the Czechs just a minute before the hour mark but the Germans equalised in the 73rd minute through Oliver Bierhoff.

The game went into extra-time and five minutes into the period, Bierhoff found the target again when his shot was mishandled by Czech goalkeeper Petr Kouba and the ball went in. This was the first Golden Goal in the history of the European Championships.

The 2002 World Cup finals in Japan and South Korea will forever be remembered as a competition littered with controversy and poor officiating. However, the last 16 game between South Korea and Italy will be remembered for a Golden Goal too. A Christian Vieri strike in the 18th minute for the Azzurri was cancelled out by Korea's Seol Ki-Hyeon just two minutes before normal time and then with three minutes of extra-time period remaining, Ahn Jung-Hwan found the target to win the match 2-1 for the Koreans. Real Madrid had won the Champions League in 1999-2000 and Galatasaray the now rebranded UEFA Cup that same season. The two sides confronted each other in the UEFA Super Cup at Stade Louis II in Monaco and Mario Jardel gave the Turkish giants the lead on 41 minutes from the spot but Raul equalised for los Blancos in the second-half. However, Jardel netted again for the the Turks in the 103rd minute to win the game.

The 2001 UEFA Cup final between Premier League giants Liverpool and modest Spanish side Deportivo Alaves was one of the most dramatic and exciting final matches in any competition of all time. The see-saw battle went into extra-time when Jordi Cruyff found the net for Alaves in the 89th minute to make 4-4 after normal time. With the match seemingly looking to head into penalties, Delfi Geli scored an unfortunate own goal to hand the game to Liverpool.

It was the occasion of the final of the Confederations Cup in 2003 at Stade de France in Saint-Denis on June 29, 2003. Once again, the European giants scored a Golden Goal - this time it was legend Thierry Henry who found the target eight minutes into the extra-time period. 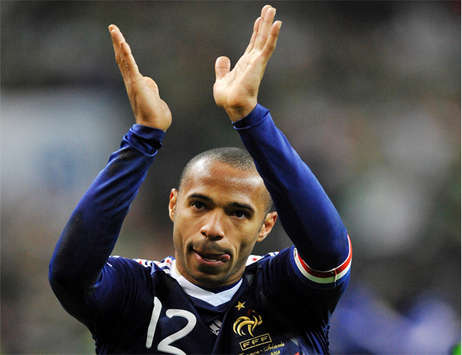 Another dramatic event in France's road to the 1998 World Cup conquest came in their Round of 16 clash with South American side Paraguay. Laurent Blanc scored the winner in the 113th minute as les Bleus won 1-0. It was the first Golden Gold in World Cup history.

Senegal reached the quarter-finals of the Word Cup finals in 2002 in dramatic fashion and by playing some lovely football too. The Africans took on Sweden in the Round of 16 but went behind 1-0 to a Henrik Larsson goal as early as the 11th minute. However, Henri Camara made it 1-1 on 37 minutes and the match eventually finished 1-1 after 90. Again, it was Camara who struck and this time it was a Golden Goal scored just a minute before half-time in the extra-time period.

What goes around, comes around. Senegal defeated Sweden by a Golden Goal in the second round but lost the same way to Turkey in a similar fashion in the quarter-finals. It had finished 0-0 between the two sides after 90 minutes and then in the fourth minute of extra-time striker Ilhan Mansız found the net for the Turks to send them through to the semis.