By Subhankar Mondal
Join Goal.com in saluting another global player worthy of recognition…

Javier Pastore wasn't exactly the stand-out player this week - he featured in just one match - but the 21-year-old has been arguably the best young player in Europe so far this season and it is only fair that he is recognised. On Sunday the Argentina international was once again at his scintillating best as he ripped apart Bologna to help the Sicilians to a 4-1 triumph in Serie A.

Pastore scored his side's first with a 30-yard volley and was simply incredible for the rest of the evening. He has been like this for most of the 2010-11 campaign and is the leading light for Palermo as the Rosanero attempt to finish in the top four in the Italian classification and qualify for the Champions League.

Palermo president Maurizio Zamparini has slapped a €70 million price tag on Pastore with European heavyweights such as Real Madrid, Barcelona, Inter, Milan and Chelsea all said to be lining up a bid. For Inter goalkeeper Gianluca Pagliuca believes that the 21-year-old is of the same calibre as Zinedine Zidane, Ronaldo and Alessandro Del Piero and there are many in the Italian game who share his opinion. 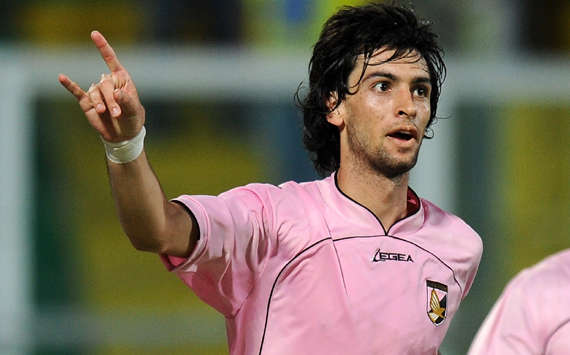 The Germany international striker was on target against Kazakhstan in a Euro 2012 qualifier in midweek and scored thrice for Bayern Munich on Saturday afternoon as the German champions defeated Hannover 3-0 at the Allianz Arena in the German Bundesliga to kick their domestic campaign back on track.

Huntelaar has been one of the most in-form strikers in Europe in 2010-11 and he continued his great run of form in the last week too. ‘The Hunter’ opened the scoring against Sweden in their Euro 2012 qualifier on Tuesday as early as the fourth minute and netted his second 10 minutes into the second half. Then at the weekend the former Real Madrid and Milan forward scored from the spot for Schalke to rescue a point against VfB Sturrgart in the German Bundesliga.

Ronaldo was a massive player for both country and club in the past week. He opened the scoring against Iceland for Portugal during Tuesday’s Euro 2012 qualifier with a wonderful free-kick and played a crucial role in their 3-1 victory. Then on Saturday night the former Manchester United winger scored twice for Real Madrid against Malaga, created two more goals and inspired los Blancos to a 4-1 victory.

Pato is fast becoming an indispensable player for his country as he scored yet again for Brazil in their 2-0 victory over Ukraine in a friendly international last week. Then on Saturday evening Pato found the net twice in the space of just 12 first half minutes to led Milan to a 3-1 home win against Chievo in Serie A.

Leave your notes of congratulations for Javier Pastore below, or discuss who else deserves a place in the sun this week...