Join Goal.com in saluting another global player worthy of recognition...
Welcome to Goal.com's regular feature: Goal.com World Player of the Week. Each week our worldwide team of editors will put forward a selected candidate, as chosen by Goal.com International, who deserves recognition for achieving something special that matchday. It won't necessarily be the best player in the world - at least not usually - but whoever we nominate will have done something amazing. It might be for a particularly awesome performance or for something praiseworthy off the pitch - either way, the person in question deserves special attention...

'Chicharito' is making quite a name for himself. It was announced in April that the 22-year-old would join Manchester United after the World Cup, becoming the first Mexican to represent the club. He moves on from Chivas in his homeland after 73 matches and 29 goals. 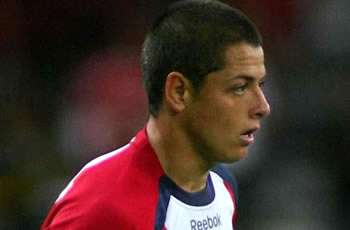 It is on the international stage that Hernandez is now impressing. He has notched seven goals in 11 matches under Javier Aguirre and has played his way onto the plane for the World Cup in South Africa. His performances in the last two matchdays have no doubt encouraged the trainer to take his break-out star to the event.

Last week, Chicharito scored against European heavyweights, The Netherlands, after a subdued appearance at Wembley against England. He followed that up with a two-goal salvo in Germany against Gambia in conditions best described as awful.

This June he becomes a third-generation World Cup star; his father Javier Hernandez Gutierrez represented El Tri in 1986 and his grandfather, Tomas Balcazar played and scored in 1954.

The Mexicans have made it out of the group stages in their last four World Cup campaigns and Hernandez could be the man to help them do it again.
Hernandez's goal against Holland can be seen here and his double v Gambia here.
Congratulations to Chicharito, Goal.com's 54th World Player of the Week!

Leave your notes of congratulations for Chicharito below, or discuss who else deserves a place in the sun this week...