By Stefano Federici
As Marcello Lippi gets pummelled by the critics, Goal.com’s Stefano Federici takes an alternative view as to who should be responsible for the Azzurri’s downfall…
Down comes the guillotine.

There was a surreal sense of silence this morning as the Italian capital woke up after one of the Azzurri’s most embarrassing World Cup exits. With fans still trying to make sense of the shambles they had witnessed during Italy’s Group F campaign, the nation’s press had wasted no time in peppering coach Marcello Lippi with a barrage of criticism.

“Tutto Nero” (All Dark) headlined La Gazzetta dello Sport this morning, in ironic similarity to the “Tutto Vero” (All Real) after Italy’s World Cup triumph in 2006.

The Corriere dello Sport went straight to the point with the title “Vergogna!” (Embarrassment!), and highlighted the coach, players and federation as equal culprits behind the failure.

As Carlo Garganese pointed out in his post match comment, the fall has come as no surprise given the manner in which Lippi stubbornly refused to pick players on merit during his return to the helm of the Azzurri.

The former World Cup winning coach definitely made a contribution to his nation’s catastrophic fall, but is there a much deeper root to Italy’s problems?

Whilst there is no doubt the Azzurri would have been stronger with the likes of Mario Balotelli, Antonio Cassano and Fabrizio Miccoli, there is no evidence that the comical defensive display had anything to do with the coach’s selections.

The Nazionale is simply lacking in talent from back to front.

When the majority of players from the 2000 or 2006 squads were plying their trades with Serie A’s top three sides, there were less than five elements in the current squad that came from the same high level background.

Taking such a statistic into consideration, where was the coach expected to pluck talent from? With all due respect to the likes of Antonio Di Natale and Domenico Criscito, the pressures involved in playing for sides such as Udinese and Genoa simply do not come close to that of representing the Azzurri. 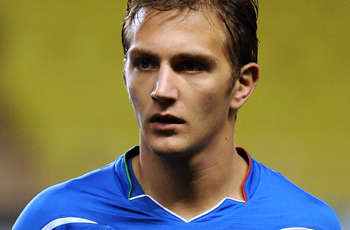 The culprits for the not so recent demise of Europe’s most successful international side, undoubtedly lies with Serie A clubs. With the majority of teams now scouting for talent in South America, the future of La Nazionale remains a bleak one as the peninsula’s rising stars are continually overlooked.

One example of such practice has been seen at Lazio during recent seasons, where a large crop of Primavera (youth team) prospects are annually shipped out to Serie B clubs, rather than being integrated into the first team squad when the reach the required age bracket.

As the Biancocelesti continue to scout in South America, summer after summer, they and numerous other Italian clubs are doing so to the detriment of their own youth and the future of the Nazionale.

Players such a Federico Macheda, Sebastian Giovinco and Giuseppe Rossi are expected to wait patiently in the wings until their early twenties, whilst their home grown club opts to gamble on an unknown teenager from Argentina who has no experience of the Italian game.

Whilst the second tier clubs used to be a breeding ground for the future of the nation’s talent, they have now stopped producing, thus explaining the absence of Italian stars in the peninsula’s top club sides.

Serie A’s clubs must make a change in approach if they are to start producing the stars of tomorrow. If teams such as Inter, Milan, Juventus, Lazio, Roma and Fiorentina aren’t willing to take a gamble on their home grown players, how can the Italy coach be expected to do the same when Italy’s youth is untested at the highest level? European club champions Inter do not have a single Italian in their starting eleven, and only a few in their squad.

On the dawn of what promises to be a fresh new era under new Azzurri tactician Cesare Prandelli, there is widespread enthusiasm that Italy can open a new cycle and start again with wholesale restructuring. However, whilst the change in leadership should give a more equal playing field to all those vying for an Azzurri shirt, it remains to be seen what the new coach will be left with as Serie A continues to favour foreign imports.