Due to recent injuries to key players Michael Ballack, Christian Traesch, and Heiko Westermann, Loew had only one cut to make in order to trim his provisional squad down to 23 men.

Left with just two natural central midfielders in his squad, the Germany gaffer appeared set to omit a striker, but instead left out Hoffenheim right back Andreas Beck. 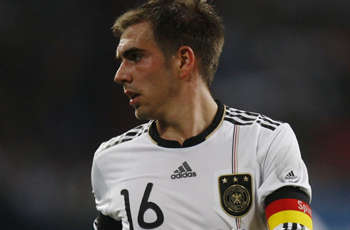 After Westermann, a versatile defender and midfielder, was forced to withdraw with injury, there was speculation that veteran enforcer Torsten Frings would earn a call-up. However, Loew opted to trust youth and stick with members of his provisional squad.

Germany, led by new captain Philipp Lahm, are set to take on Bosnia and Herzegovina on Thursday in their final warm-up match before the world's greatest contest begins. Ten days later, the three-time World Cup winners begin their quest for glory against Australia.
Close