Pep Guardiola is hopeful Vincent Kompany can avoid any injury setbacks after the Manchester City defender ended a 20-month wait for a Premier League goal in a 3-0 win at Southampton on Saturday.

Kompany's headed opener in the 55th minute marked his first league goal since August 2015, though various injuries have limited him to just 17 top-flight appearances in that time.

Leroy Sane and Sergio Aguero then made sure of the points as City moved into third in the table, leaving Guardiola to laud his skipper.

"Vincent is a central defender who doesn't only win all the duels, but reads the game and passes well," Guardiola told BT Sport.

"Last season Manuel [Pellegrini] was so upset he could not use him and this season is the same.

"Hopefully he can stay fit. I know how important he is to the fans, what he has done here and he has huge, huge quality. 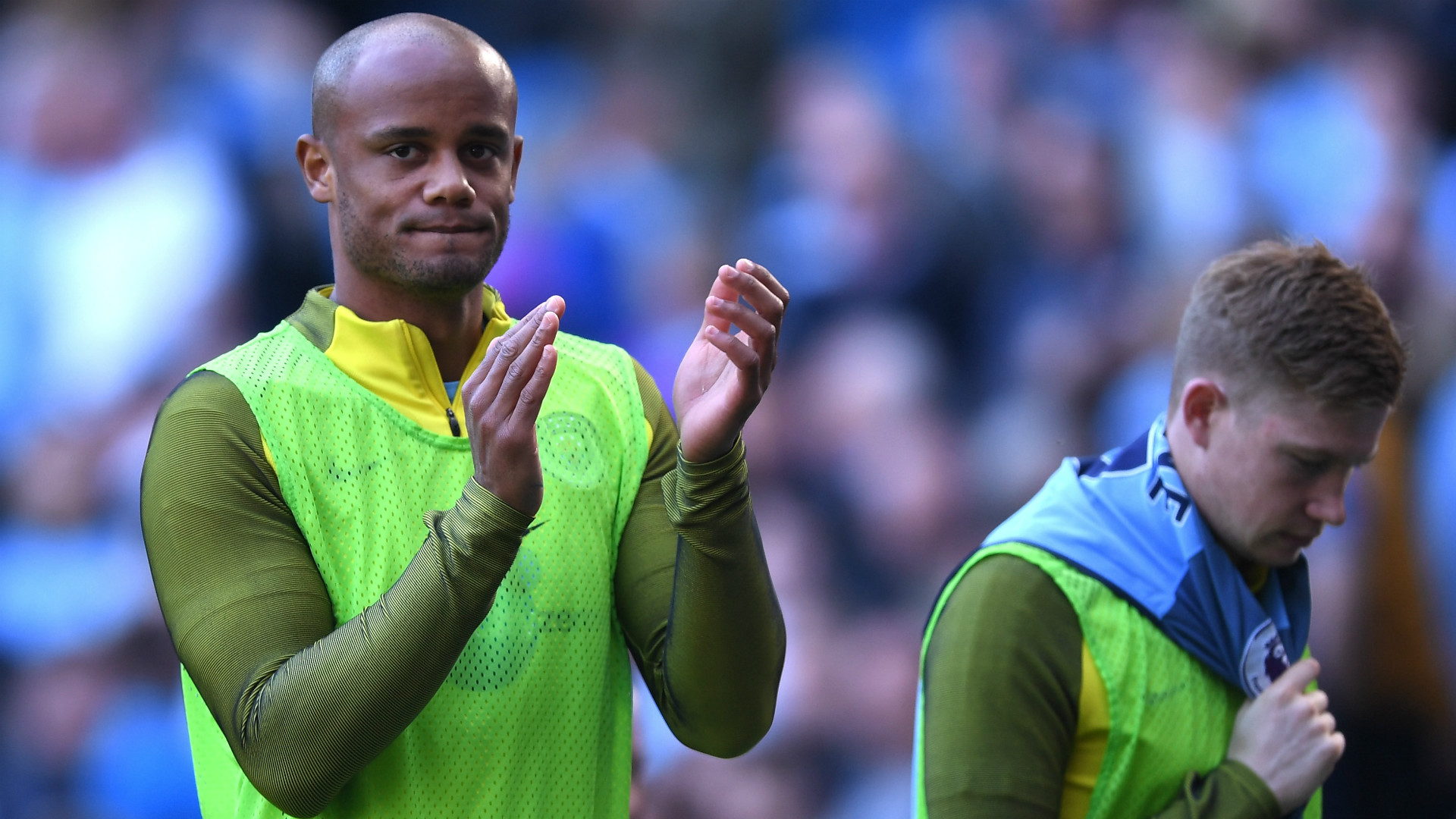 "We didn't concede absolutely anything. We created enough chances to score in the first half, but it didn't happen.

"We scored from the set-piece. After that it wasn't easy, but we could use the counter-attack and had space between the lines.

"The performance is so good considering where we are playing and that is why we are so, so happy."

City are now seven points clear of Everton in fifth and sixth-placed Manchester United, who play Chelsea on Sunday as one of two games in hand on their neighbours.

Guardiola's men face Arsenal in the FA Cup semi-final a week on Sunday before hosting United in the Manchester derby.

"Manchester United have a game [Sunday] and another game in hand and still have to come to the Etihad," Guardiola added.

"It is a big race [for the Champions League] with lots of things involved. Liverpool have a game and if they win they will be third.

"Qualifying for the Champions League is so important for the club and the players know that."

Southampton boss Claude Puel, meanwhile, conceded his side were not good enough to take the points.

"In the second half they scored two goals on the counter-attack, but I thought we could have done better. We simply did not play well enough against this team, nervous with the ball," the Frenchman told BBC's Match of the Day.

"It's a disappointment because we can do better, we can create better opportunities. We did not have enough, we were not sufficient. It was not a good day for us, but congratulations to Manchester City."