Chris Myson
Jose Mourinho revealed his players were short of practice on penalties prior to Zlatan Ibrahimovic's miss from the spot.

Manchester United manager Jose Mourinho says his players stopped practising penalties after going so long without being awarded one.

Zlatan Ibrahimovic missed a costly late spot-kick as United were held to a 1-1 home draw by 10-man Bournemouth in the Premier League on Saturday.

Striker Ibrahimovic had scored United's only other top-flight penalty this season last August against Southampton.

Where are United's heroes?

But Mourinho revealed the 35-year-old and Paul Pogba had both stopped practising penalties in training because United were never being awarded them.

"Making fun of it, we stopped practising penalties because we were four or five months without a penalty," Mourinho told MUTV after the match.

"Zlatan, Pogba - these guys stopped training penalties and then, when a penalty comes, they are not ready to take it. That is it - in a funny way." 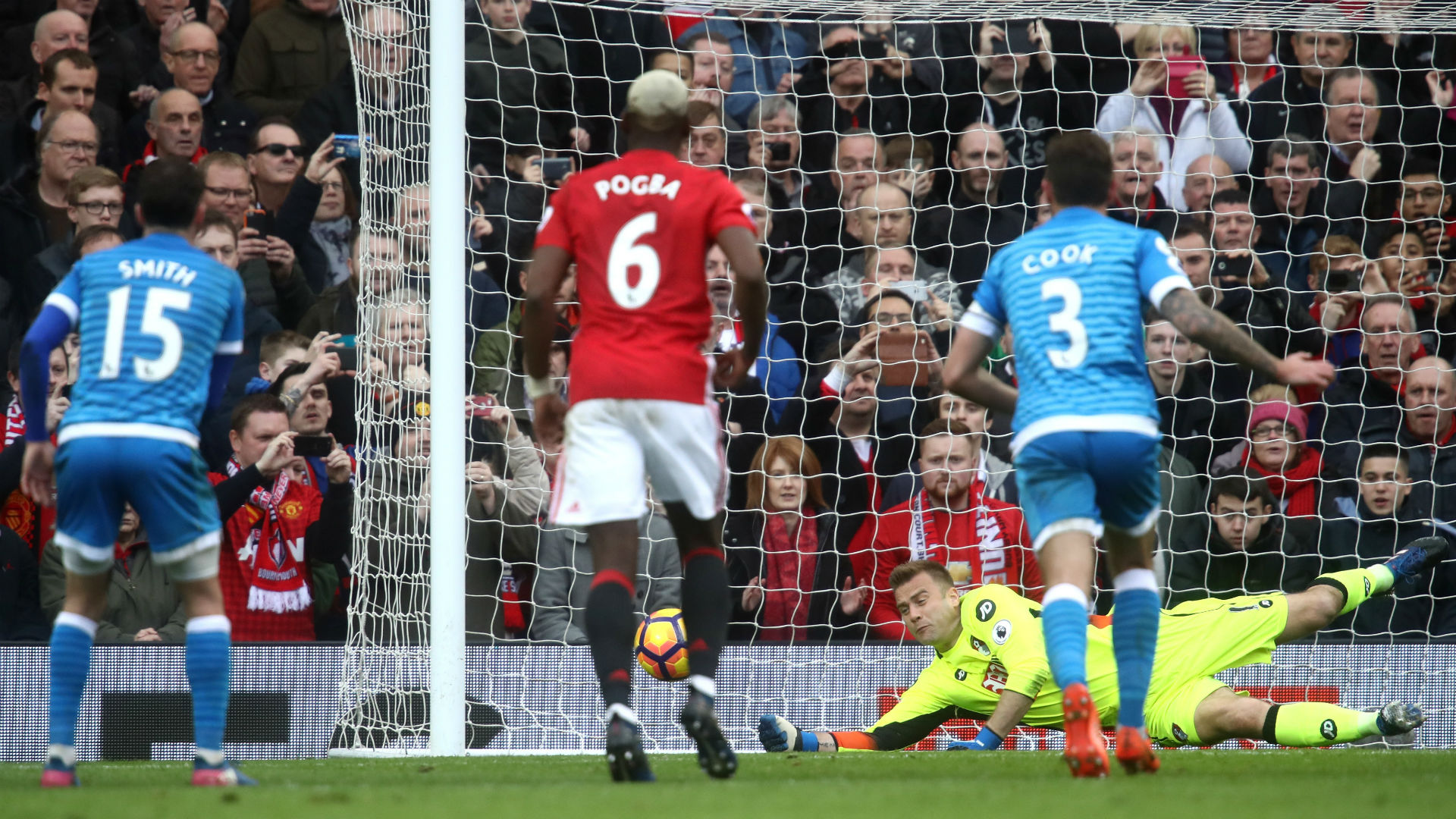 Mourinho felt a sense of deja vu as United were held to their 10th draw of the league campaign, the top-flight's joint highest tally along with Middlesbrough.

"It was more of the same again," he said. "The man of the match was the opposition goalkeeper.

"It is incredible the number of chances we missed. We played amazing football in the first half; it should be 3-0 or 4-0 and I don't know how it ended 1-1.

"In the second half, we lost a little bit of the quality and dimension of good football we had in the first half against opponents who, more or less, decided – and I'm not critical of that – to give up and just to defend."

United are back in action away to Russian side Rostov in the first leg of their Europa League last-16 tie on Thursday.