Tottenham boss Mauricio Pochettino concedes Manchester City were unfortunate not to claim all three points in Saturday's enthralling 2-2 draw at the Etihad Stadium on Saturday.

City were on track for victory after a pair of rare errors from Spurs goalkeeper Hugo Lloris errors gifted goals to Leroy Sane and Kevin De Bruyne early in the second half but, after Dele Alli had halved the arrears, the game changed dramatically in the space of a minute

Raheem Sterling was denied a penalty when Kyle Walker appeared to push him in the back in the box, before Spurs immediately broke at pace and Son Heung-min swept in a sweet finish to level the scores.

Pochettino praised the spirit and character of his side to battle back and earn a point, but accepted City had caused a lot of problems for Tottenham, particularly in the first half.

"To be honest they were better in the first half and they deserve more but it's football," Pochettino told BT Sport. "It was difficult for us in the first half, we conceded a lot of chances.

"In the second half we were a little bit better and we had more energy but conceded two goals. It was important to show character and personality. To show all of our character at 2-0 down against City is difficult but we believe and it is a massive point for us. 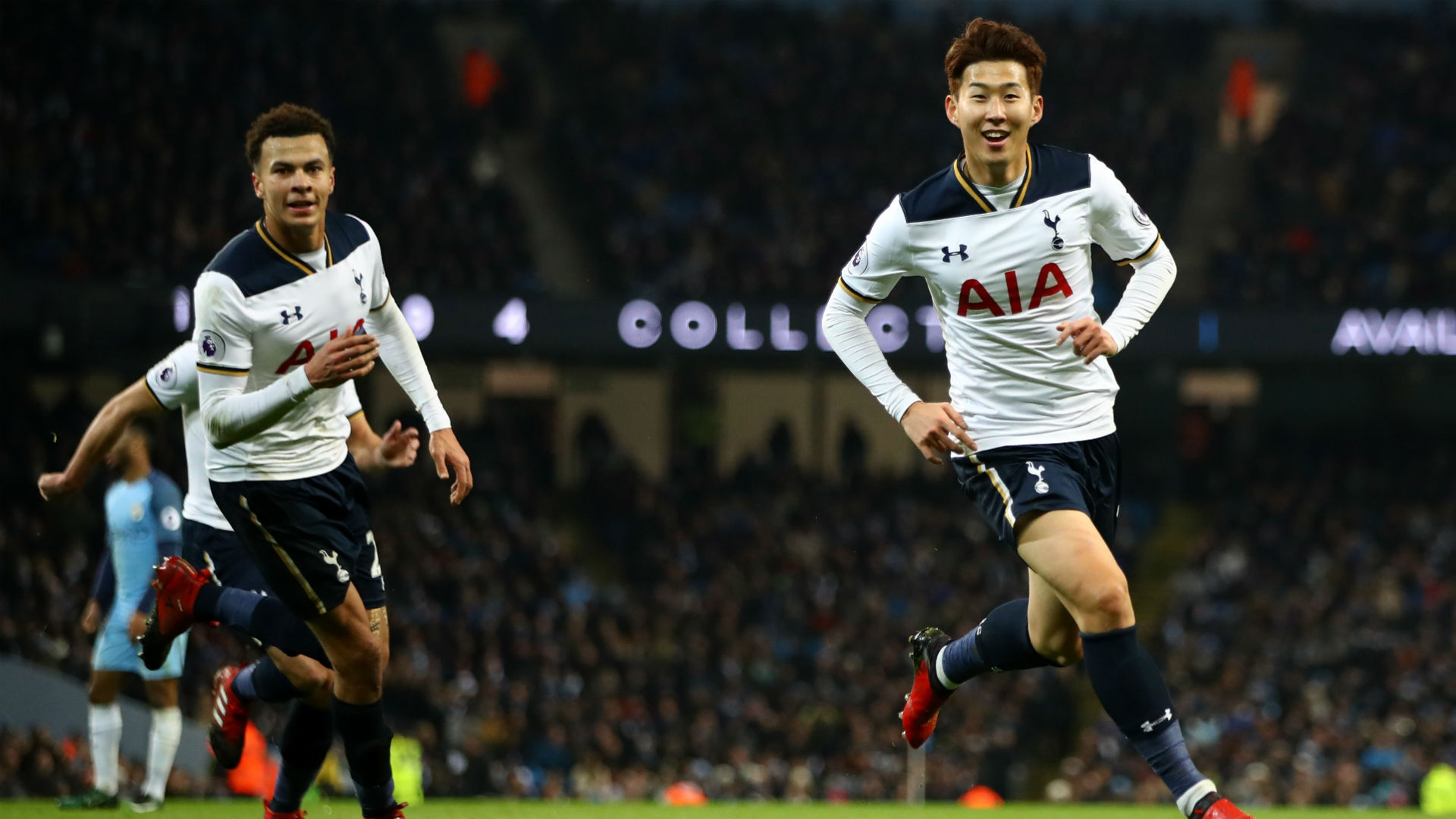 "At the start it was difficult for us to play in the way we normally play, to be honest it was not a good first half performance, we were not comfortable with or without ball and they were better.

"Sometimes in football this happens and it is important to react. We tried to change in the second half and conceded two quick goals but you need to believe and show character to get a result when you don't play well."

Referee Andre Marriner rejected two strong penalty appeals by Sterling, but Pochettino felt that Sane controlled the ball with his arm for City's opening goal and refused to criticise the referee's performance.

"I think the first goal we conceded was handball by Sane, but it's difficult for the referee," Pochettino said. "We can't see every small detail in football.

"England is another world. This is England and it is different. From my side, I'm not going to complain about the referee. It is more important to talk about the football."