Kris Voakes
Everything you need to know ahead of the Premier League clash at The Hawthorns on Saturday evening, including any injury worries that may face Jose Mourinho

It will be another tight turnaround in a busy season for Manchester United as they prepare to face West Bromwich Albion at The Hawthorns on Saturday. Wednesday's 2-1 win at Crystal Palace followed hot on the heels of the 1-0 triumph against Tottenham Hotspur three days earlier, and Jose Mourinho's side will be looking to keep up their new-found momentum before the Christmas break.

They face Tony Pulis' side after recording back-to-back Premier League wins for the first time since August and will be hoping to take a nine-day hiatus before their Boxing Day clash with Sunderland having chalked up a third successive victory to keep the pressure on the top five clubs they continue to chase.

But this is yet another fixture in which they came up short last term, and they will be looking to avoid a repeat of the 1-0 loss they suffered in March after Juan Mata was sent off and Salomon Rondon went on to score the only goal of the game.

Henrikh Mkhitaryan is unlikely to return to full fitness in time to make the trip to the West Midlands after his collision with Danny Rose last Sunday resulted in an ankle injury for the Armenian. There is further concern for United in defence, where Eric Bailly limped out of his second game back following a ligament injury in his right knee in midweek. Jose Mourinho made it clear after the Palace win that the Ivorian's fresh knock came in his left knee rather than the previous damaged one, but after struggling through 52 minutes of action he is not expected to be rushed back into the fray on Saturday.

Chris Smalling remains unavailable due to a toe injury, but the form of Phil Jones and Marcos Rojo would likely see him phased back in slowly in any case, while Anthony Martial and Luke Shaw are both thought to be fully fit despite not making the trip to London on Wednesday. 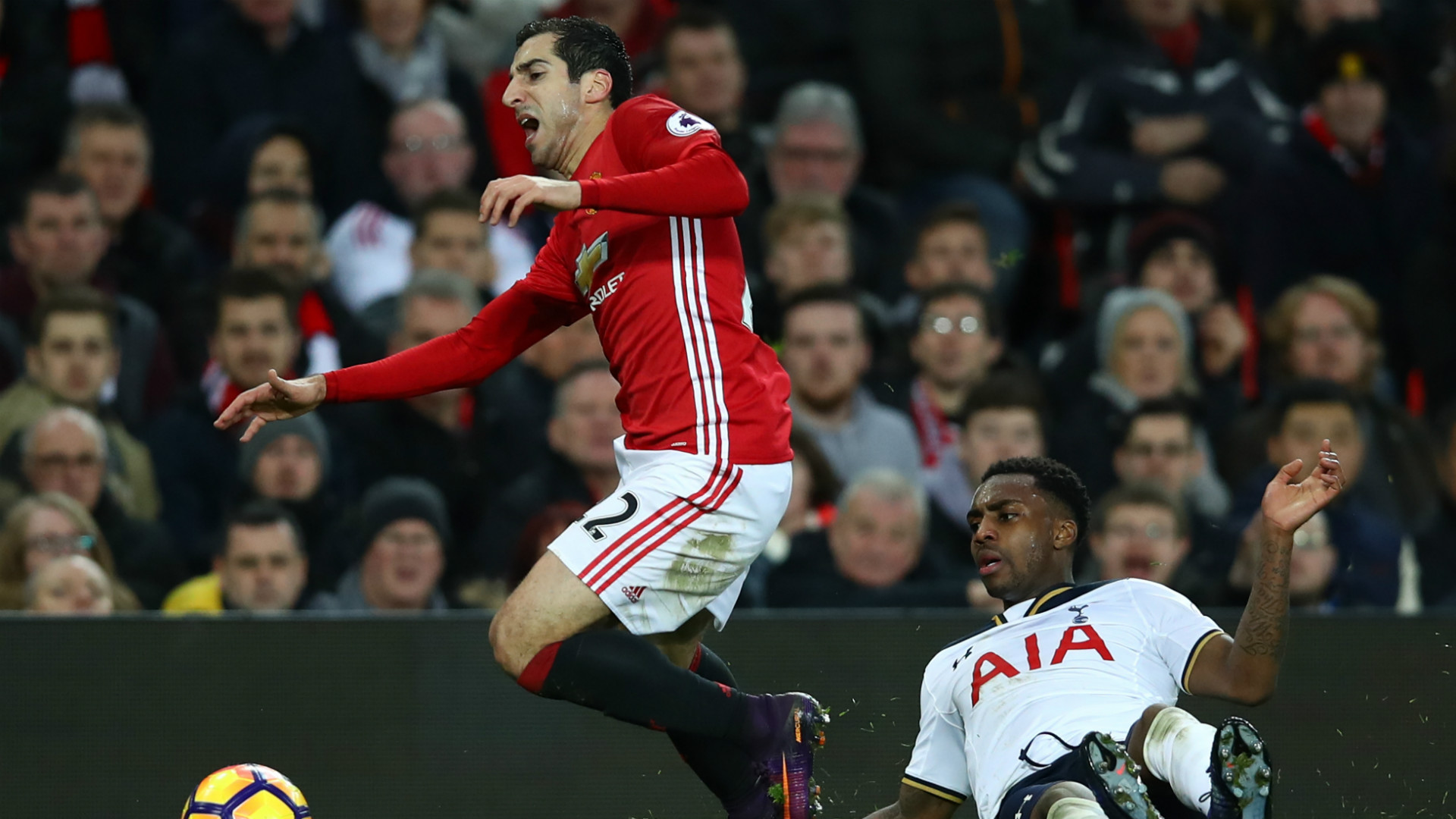 United have the boost of being in the rare position of having no suspension issues. Antonio Valencia returns after sitting out his one-match ban for five yellow cards on Wednesday at Crystal Palace, meaning the Red Devils have a full complement and neither do they have any player sat one booking away from missing the Boxing Day clash with Sunderland.

Mou: Why Man Utd are behind Chelsea

Like United, West Brom have nobody missing due to suspension.

Mourinho admitted before Wednesday's win that he will look to rotate his squad somewhat over the holiday period, and more changes are likely to be made on Saturday. Michael Carrick played successive games over three days but may be asked to go again so that Paul Pogba can continue as a No.10 in light of underwhelming displays from Wayne Rooney and Juan Mata at Palace.

Besides Antonio Valencia returning at right-back in place of Eric Bailly, Matteo Darmian will challenge Daley Blind for a spot on the left. In midfield, Pogba will only move back into a deeper starting role if Carrick is not ready to back up on two days' rest, which would in turn free up a spot for one of Mata and Rooney. Jesse Lingard and Marcus Rashford could both return to the starting XI after their introductions as substitutes at Selhurst Park helped to stretch the Palace back line.

Zlatan Ibrahimovic will continue up front after netting his 14th goal in 21 starts this season. The giant front man has play all but 90 minutes in the Premier League since arriving, and that when suspended against Arsenal. His stamina will be tested with another start, but he showed with his 88th-minute strike against Palace that he has the lung capacity even at 35 to keep leading the United line. 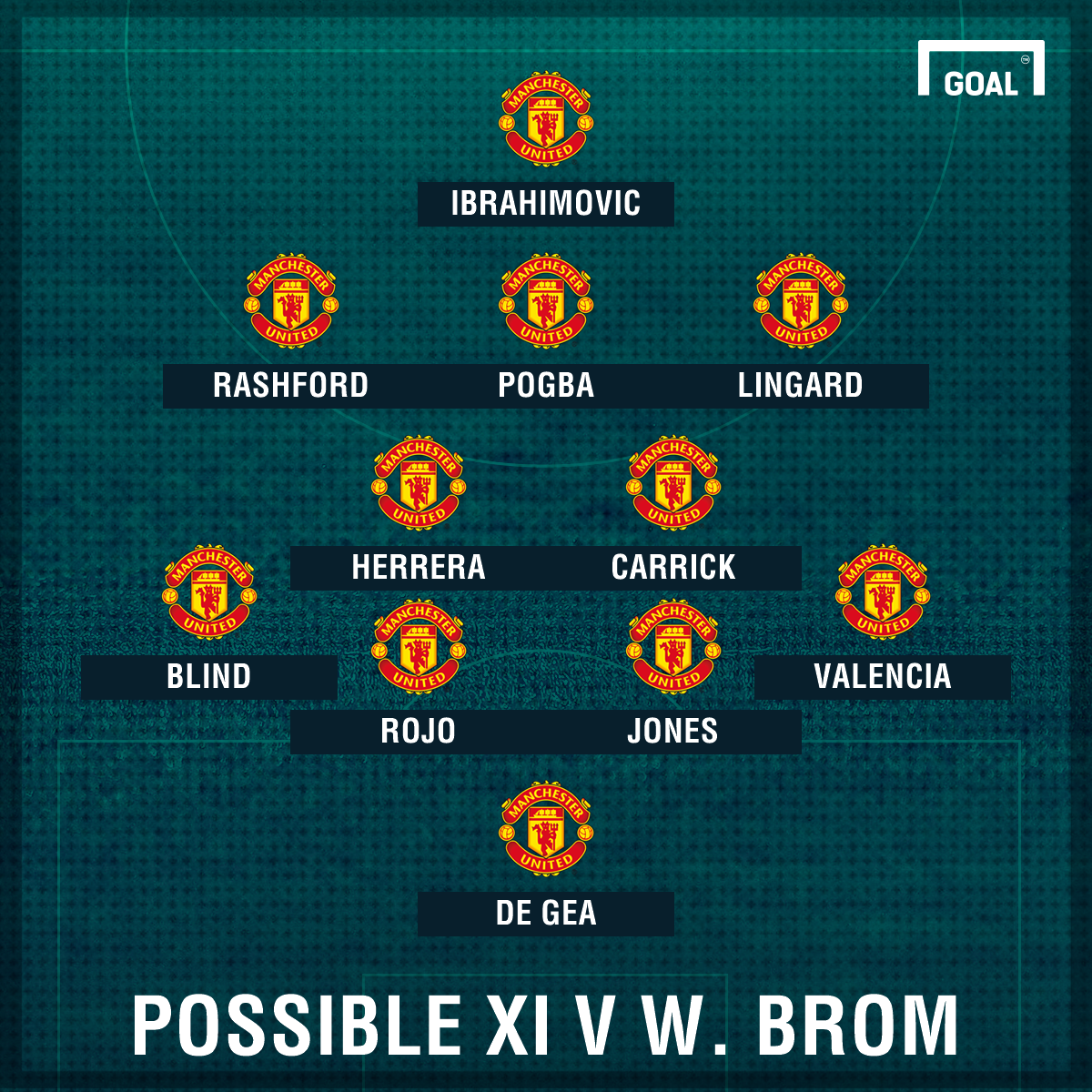 Amid Chelsea's 10-match winning run, the tussle for the top four and the various ailments being felt at the likes of Sunderland, Swansea, Hull City and West Ham United, West Brom's excellent start to the season has fallen between the cracks of the Premier League limelight so far this term.

Zlatan: Sweden was my breakfast

Tony Pulis has built a formidable unit in the West Midlands, with Wednesday's 3-1 win over Swansea leading the Albion up into seventh going into the clash with United. The Red Devils have already come unstuck at The Hawthorns once this year, with Salomon Rondon netting the only goal of the encounter in March, and while the Venezuelan has not caught fire in front of goal this season he bounced back to form with a hat-trick in midweek.

With Albion boasting the fifth-best defensive record in the Premier League, Mourinho's men will have to improve on recent efforts in the final third to break down a tough home side. 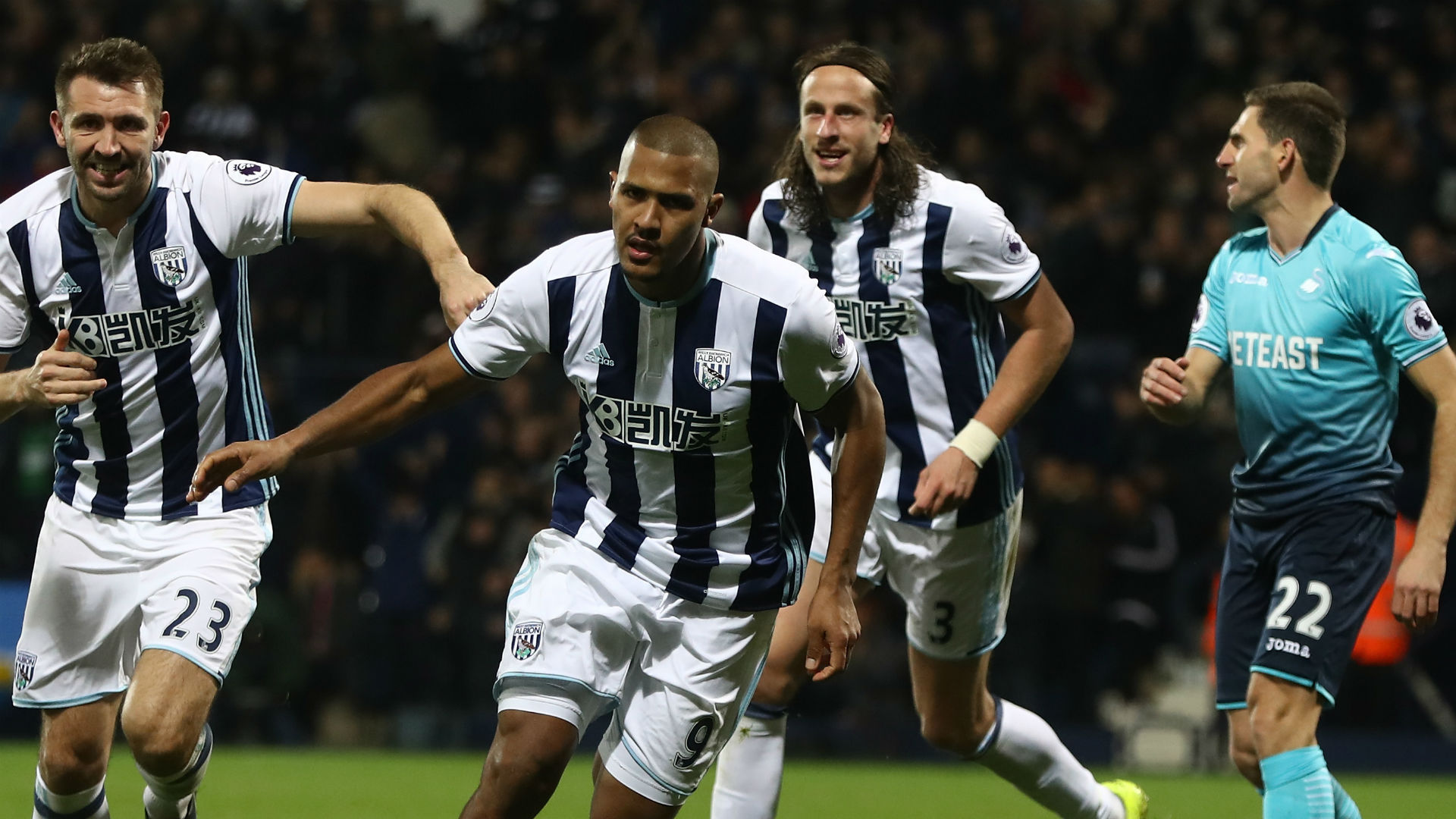 The game gets under way at 5:30pm UK time on Saturday, with national TV coverage provided on BT Sport 1. The referee will be Jonathan Moss, who also took charge the last time United recorded a third straight league win against Hull City in late August.