Sam Lee
Manchester City officials have been trying to put themselves in the best possible position to sign the Argentine for years, but apparently their manager does not want it to happen

For a man who once famously crowned Jose Mourinho as the “f***ing boss” of press conferences, Pep Guardiola certainly knows how to work a room of journalists.

Since arriving in England, Guardiola has charmed the press with his often light-hearted but always engaging answers, but he has not been shy in letting them know if there are areas in which they should not tread.

That is why nobody had asked about the possibility of Yaya Toure’s return ahead of last weekend’s game at Crystal Palace, as he had shut down previous attempts by curtly replying “you know the situation”. And nobody will ask about the chances of winning all available trophies after his famous ‘what the f***’ response to being asked about the quadruple.

On Friday he was more polite regarding the prospect of signing Lionel Messi, but he certainly does not want the idea to be too closely entertained. He has been asked about it before, but was maybe not as forceful as he could have been.

“I've said this more than once," he stated this time around. "Messi is going to end his career at Barcelona. And that's what I profoundly wish, that he ends his career in Barcelona."

If that is Guardiola’s wish, it most certainly is not Manchester City’s. The club have spent the past several years working their way into pole position should Messi ever be made available. 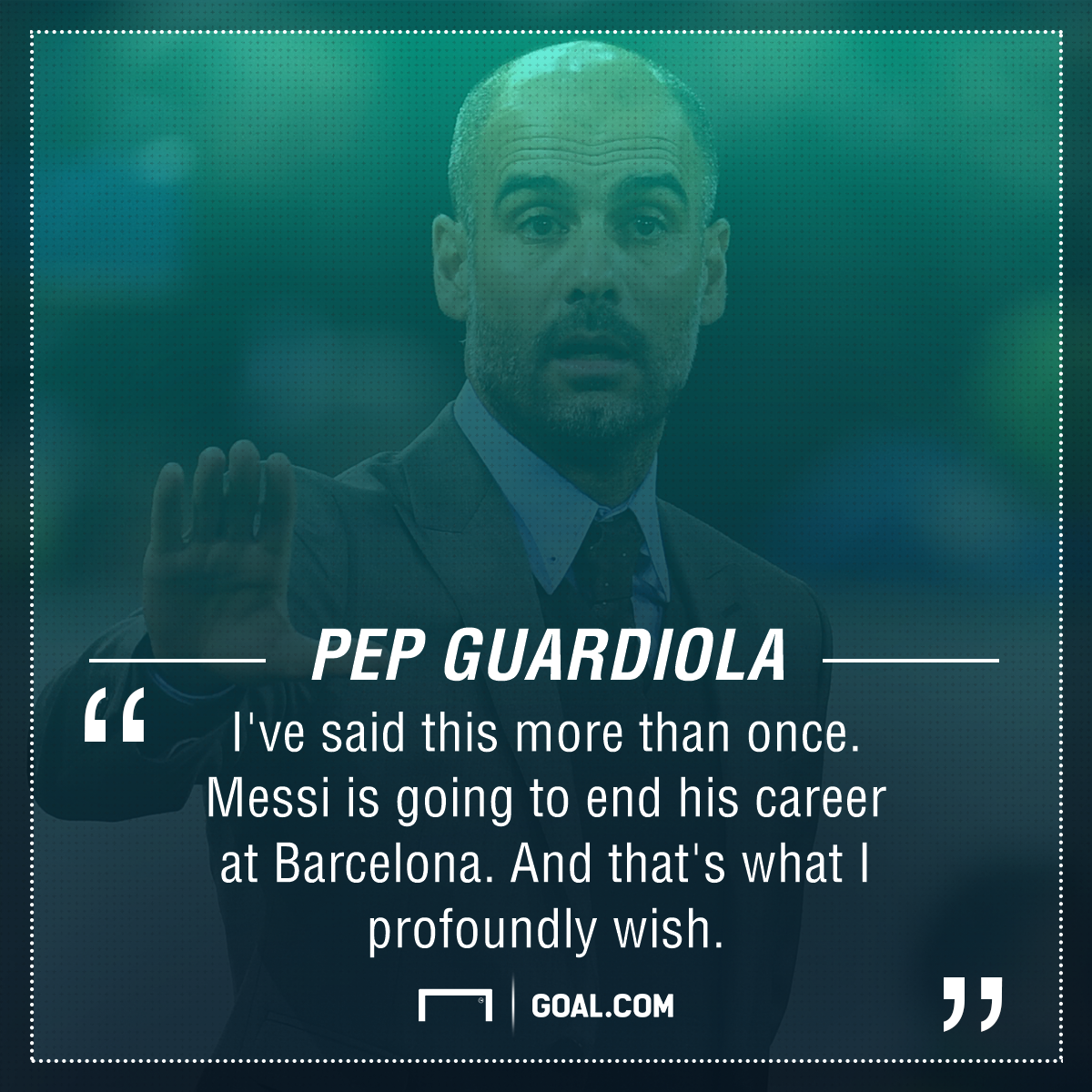 City’s training ground, opened in late 2014, had barely been designed, and their two Premier League titles had not yet been won when owner Sheikh Mansour and chairman Khaldoon Al Mubarak first considered the idea of signing Messi.

High-profile City officials held an informal meeting with Jorge Messi, Lionel’s father, in Sao Paulo more than five years ago, when news first emerged that Barcelona were plotting a move for Neymar.

Messi’s camp had been concerned about the Spanish club’s desire to pursue another superstar and City were keen to explore the lay of the land.

It was suggested at the time that City then launched their own move for Neymar, 12 months ahead of Barca’s planned bid, with the sole intention of accelerating the Brazilian’s move to Camp Nou. It was a mischievous attempt at thrusting Neymar and Messi into the same spotlight. 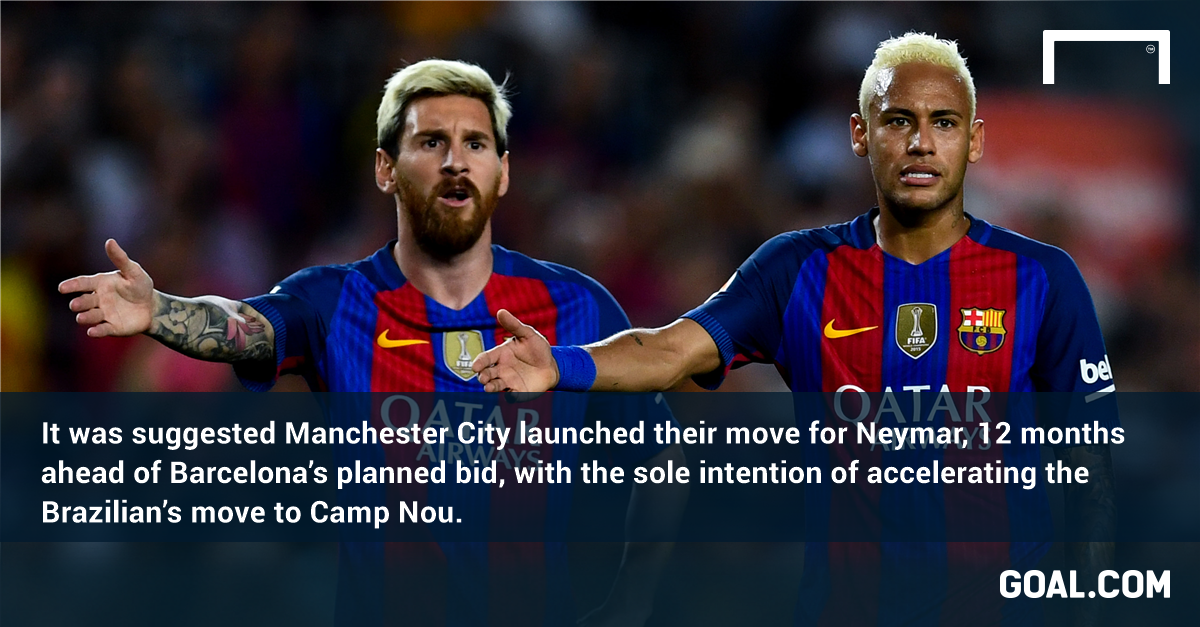 If that was the plan then it backfired, as Neymar has been nothing but reverential to Messi since his arrival in 2012 and the two, along with Luis Suarez, have forged one of the most fearsome forward lines in football history.

But City have never given up hope and have always been ready to have conversations whenever Messi has dropped hints in the press that he was less than happy with life in Spain - and that has happened surprisingly often.

Messi first trailed the “things can change a lot in football” line in 2014 ahead of Argentina’s friendly against Portugal in Manchester. “While I have always said I would like to stay there [at Barcelona] forever, sometimes things don't work out the way you would like,” he added, sending the world’s football reporters into meltdown.

City then opened up the doors of the then brand new City Football Academy to Messi and his Argentina team-mates, and made sure the star of the team was impressed.

A year down the line, in late 2015, it was widely reported that Messi’s representatives were putting the feelers out around Europe, trying to gauge the interest of the continent’s biggest spenders, as his tax trial continued.

Around that time it was rumoured that Paris Saint-Germain chairman Nasser Al Khelaifi realised he had no chance of signing Messi after he had learned the extent of the competition from his counterpart Al Mubarak at City. 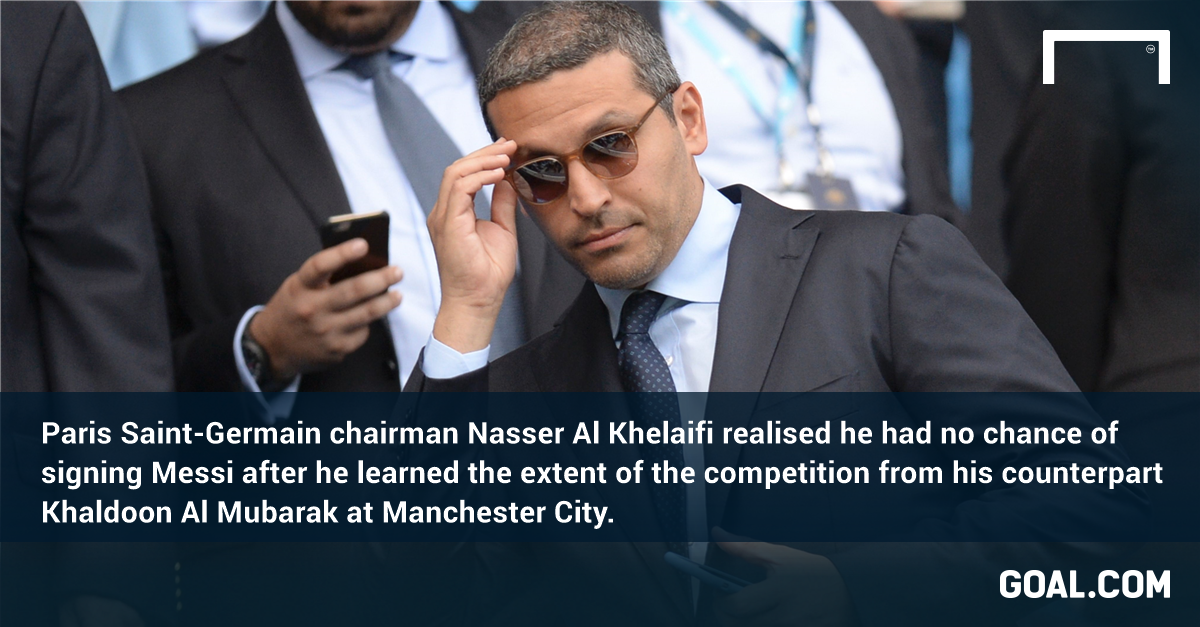 Sure enough, this year we have had another round of headlines suggesting Messi is less than enamoured with life in Barcelona. This time he is said to be open to leaving the club in 2018 when his contract expires.

That the claim was made in Madrid-based newspaper Marca made some wary, and sources closer to Barca have suggested he will open contract talks, as planned, in the New Year, but City will have been keeping firmly abreast of the situation, as they always have done.

Indeed, it was quickly reported that the Blues were putting together a financial package to tempt Messi to Manchester, one that would also send Barca into panic mode, given they could never hope to match it.

City have always known the difficulty of signing him and the chances are that he will end up signing his new deal at the start of next year.

That, seemingly, is exactly what Guardiola wants.

If that truly is the case, and Messi does eventually say he wants to leave Barcelona, it would be humorous to see the reaction in City’s boardroom when Guardiola says not to make a move.

But surely the reality is that Guardiola is just as keen as the rest of City’s power brokers to bring Messi to the Etihad Stadium - he just doesn’t want to be asked about it again.