The Arsenal playmaker struck up a strong bond with the Spain international during his time at the Bernabeu and considers him to be a great pal, and singer

Mesut Ozil is a pretty popular figure at Emirates Stadium right now, but the Arsenal playmaker has revealed a former team-mate to be his best friend in football.

The German World Cup winner has generated plenty of headlines in recent weeks, with his spectacular solo effort in the Champions League against Ludogorets set to live long in the memory.

He would certainly appear to have a strong bond with those around him in north London, with harmony restored to a camp that has faced criticism at times as Arsene Wenger has struggled to push his side into Premier League title contention.

The Gunners are very much back in that hunt heading into the second international break of the 2016-17 campaign, with just two points separating them from table-topping Liverpool.

Ozil will have a key role to play over the coming months, and he can always call on his closest friends for advice as the battle for major silverware intensifies.

Sergio Ramos is well accustomed to lifting trophies, for club and country, and the Spain international is a close ally of Ozil from their time spent together at Real Madrid. 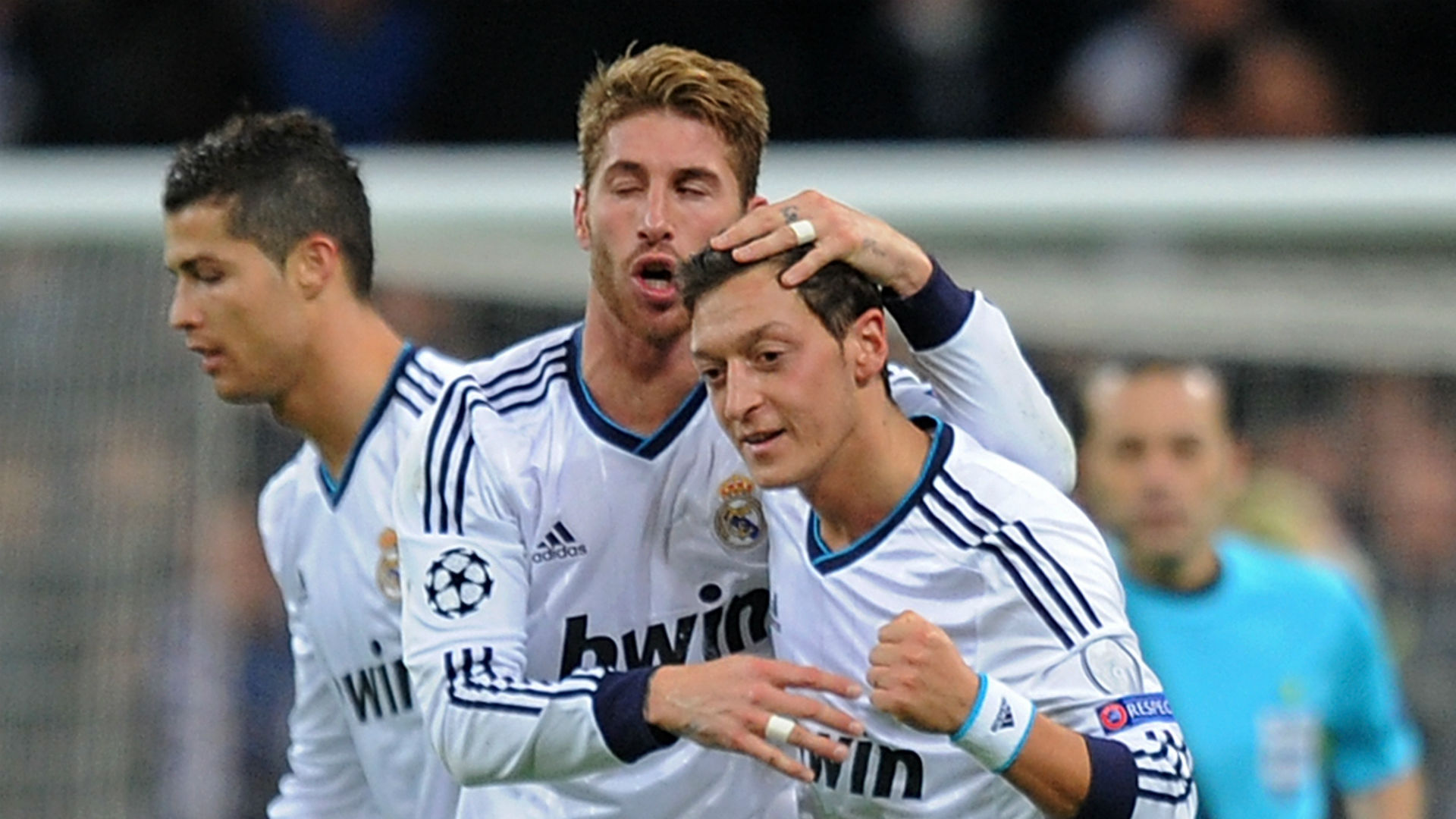 “I had a good time there [at Real Madrid],’ Ozil told Arsenal’s official YouTube channel.

“I made some good friendships there as well. My best friend is Sergio Ramos, I’m still in contact with him.

“For me, he is maybe the best defender in the world. Good relationship, good guy, good personality and good singer. He has a really nice voice.”

Ramos is considered by many to be among the finest centre-halves in world football, with that standing now reflected in the fact that the 30-year-old is club captain at Real.

His penchant for karaoke is not so well known, but then he is a confident character who likes the limelight, so maybe it should come as no real surprise.

For now, though, Ozil needs to focus on ensuring that he continues to call the tune for Arsenal, with the Gunners looking to him to provide many more moments of inspiration.