Patrick Gleeson
As the Frenchman prepares his squad to take on Spurs in one of the biggest games of the season to date, Goal takes a look at his record in north London derbies

Arsenal manager Arsene Wenger has enjoyed 20 years of domination over north London rivals Tottenham. The Frenchman continuously leads his team to higher place finishes than Spurs and has the beating of over 10 permanent Tottenham managers and four caretakers going into this weekend’s meeting.

In fact, Wenger does not have a losing record against any of them.

From the 191 matches played between the two clubs, the Gunners have won 80, Spurs have won 61 and 50 have ended in a draw. So it’s safe to say the Gunners come out on top.

In all, Wenger has been in charge of Arsenal in 48 Premier League games against Spurs and won 22 of them - a 46 per cent victory ratio. The 69-year-old has drawn a further 19 games against his north London rivals, meaning his team have claimed points in 85 per cent of the north London derbies he’s managed in. 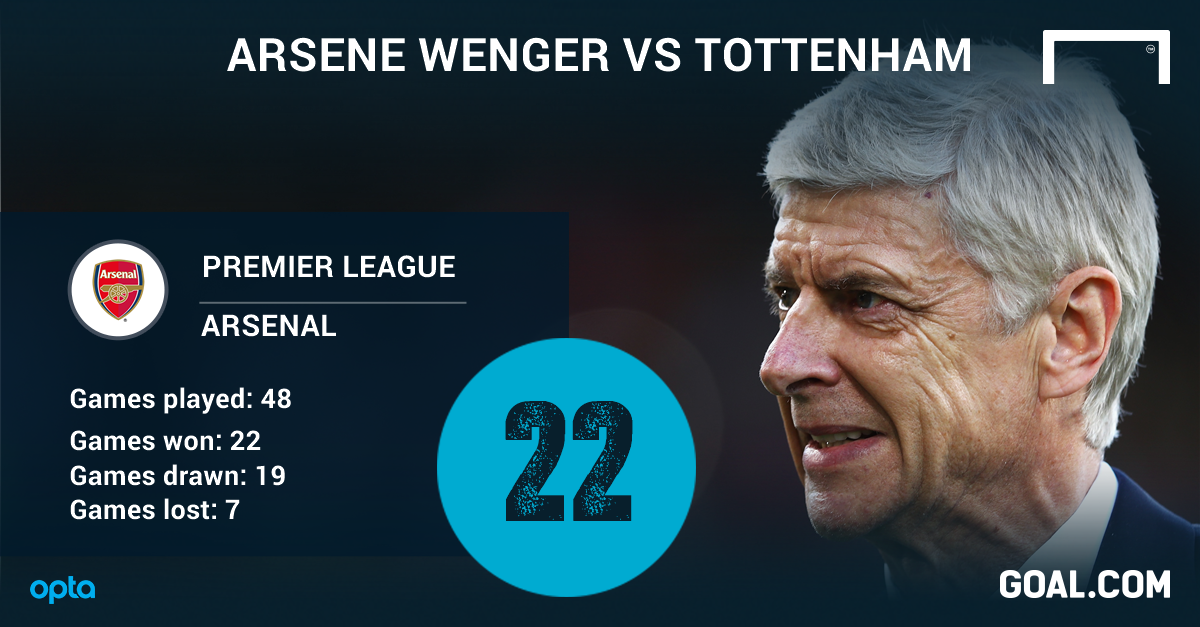 The omens aren’t great for Mauricio Pochettino. His side also come into the derby clash following a run of six games without a win, though Spurs can go level on points with the Gunners if they emerge victorious at the Emirates.

In what is likely to be a tightly-contested affair – both of last season’s meetings finished even – Wenger will be going all out to ensure his impressive record remains in tact.