Nizaar Kinsella
Dogged by injury in pre-season, troubled by the physical approach of a new boss and playing second fiddle to Oscar, he finds himself in a difficult position

Cesc Fabregas is facing the most difficult choice of his footballing career: stay and fight for a place under Antonio Conte at Chelsea or try his luck elsewhere.

The 29-year-old is one of the most decorated players in world football and was key in the Blues' title-winning campaign in 2014-15 but is still reeling from the club's implosion under Jose Mourinho last season.

Rumours linking him to Real Madrid, Paris Saint-Germain, Juventus and his old club Barcelona appear to be flimsy, and his new coach has insisted he is happy with the midfielder.

Madrid boss  Zinedine Zidane even addressed the rumours but the sides linked with Cesc are all well stocked in the areas he operates.

Juventus are focusing on signing Blaise Matuidi or Marcelo Brozovic while Paris Saint-Germain would prefer a younger and cheaper option to become a squad player. Meanwhile, the two Spanish clubs are not ready to make that kind of investment with just two weeks to go until deadline day.

What we know for certain is that Fabregas has had problems during pre-season. Oscar flourished under Conte, nudging him ahead of the Spaniard in the Chelsea pecking order just in time for their opening Premier League match against West Ham. 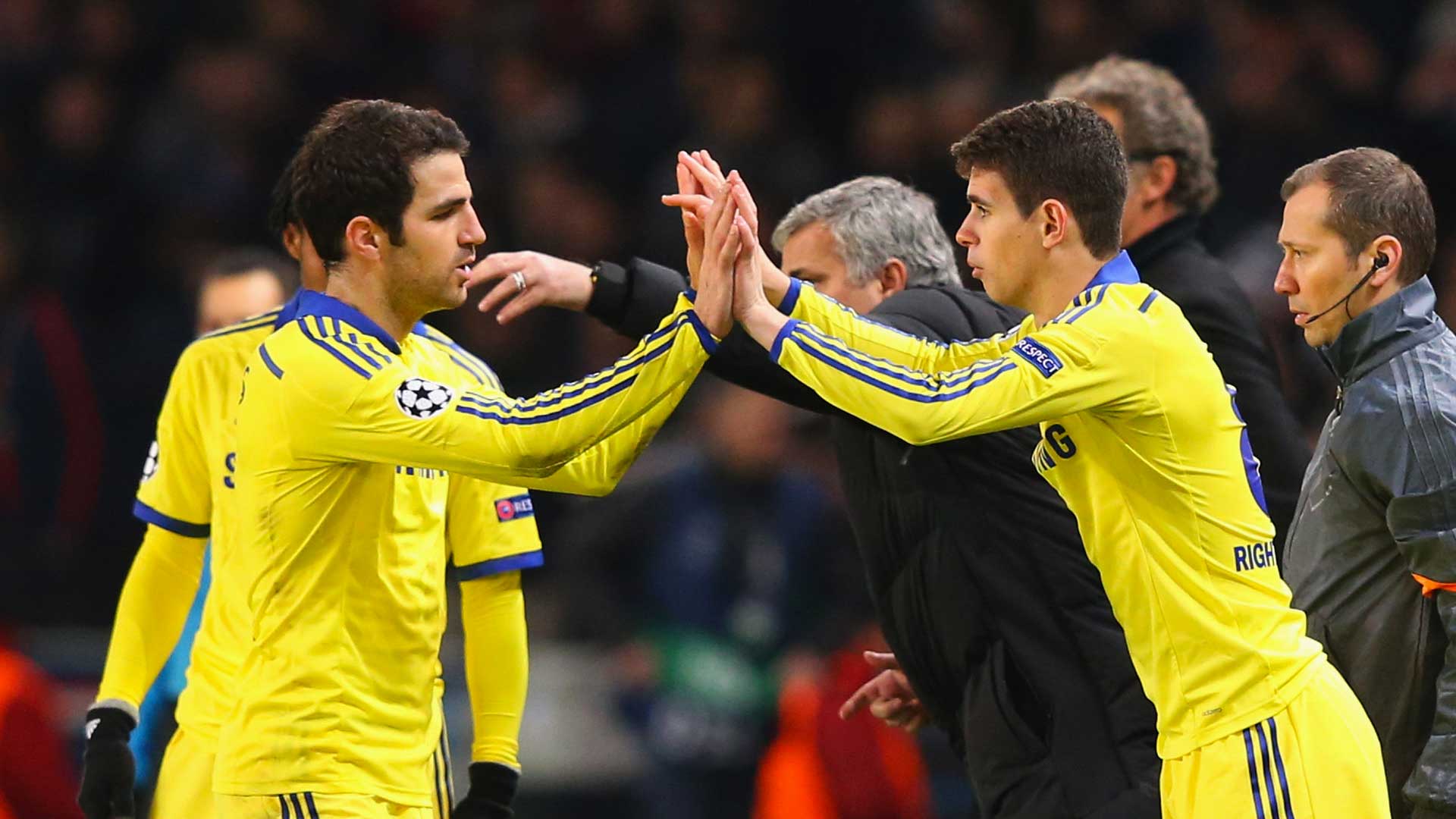 Luck has certainly not favoured him. While he suffered along with Oscar and Nemanja Matic last term, an injury sustained during an International Champions Cup clash against Liverpool put him behind his midfield rivals in terms of his summer preparations.

The disruption means he has not completed 90 minutes of football since Euro 2016. His Brazilian colleague, who notably scored twice against AC Milan, has had the luxury of many more minutes under his belt.

Conte, meanwhile, has not been particularly adventurous in his selection. Indeed, the side that lined up against West Ham was identical to the one that Mourinho selected for the opening day of the 2015-16 campaign - with one obvious exception. There was no Fabregas; the Spaniard having been overlooked for summer signing N'Golo Kante - hardly a fitting way to mark the second anniversary of his £35 million move from Barcelona.

The Italian has shown a clear tendency to prefer physical players in the heart of his midfield throughout his managerial career. Kante is quickly becoming Conte's immovable object after his £32m move from Leicester while Matic will join the new signing to create a powerful engine room for Conte's new-look and physically imposing midfield.

There is, however, room to accommodate one creative spark, meaning Fabregas' battle with Oscar will continue.

A winner of both the European Championship and the World Cup, not to mention every top honour in England and Spain, Cesc is not a figure to tolerate failure. Indeed, it was his limited playing time at Barcelona that ultimately pushed him towards Chelsea. 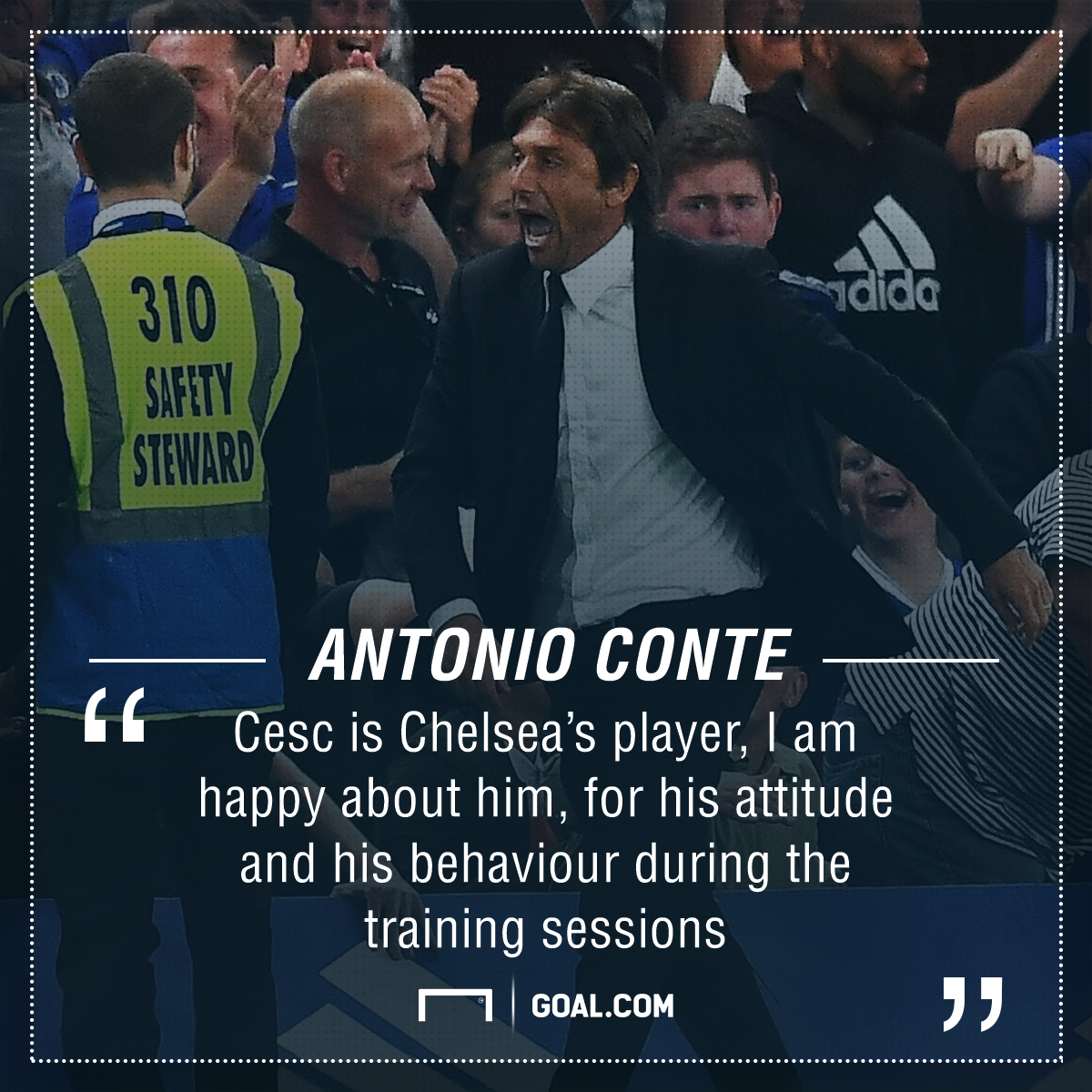 Conte, meanwhile, has a winning mentality, works his players physically hard and demands total commitment to his ideas. If Fabregas can't cope with the pressures of working under his boss then he will have to find an escape route - but it won't likely be until next summer.

The legacy of his performances during the victorious 2014-15 season counts for little under a new manager who does not have a willingness to re-jig his plans around a solitary individual.

For his part, Fabregas loves life in London, where he has settled with his family. It would be a wretch to leave for a second time, having previously left Arsenal to return to Barcelona, but for the sake of his career it might be necessary.

Whatever he decides, the best reaction for the Spanish star in the short term is to adapt to Conte's methods, but to reach the world-class status he is capable of achieving, the long-term solution may be to move on.