Joe Wright
The Red Devils made a positive start to the season thanks to goals from Mata, Rooney and Ibrahimovic, and the manager was pleased to kick off with three points

Jose Mourinho admits that he was nervous before his first Premier League game in charge of Manchester United away to Bournemouth on Sunday.

United began their league campaign with a convincing 3-1 victory thanks to goals from Juan Mata, Wayne Rooney and Zlatan Ibrahimovic, with Adam Smith netting a consolation for the hosts at the Vitality Stadium.

The result extended Mourinho's impressive run of opening-day results in England's top flight, with the former Chelsea boss having won seven and drawn one of his eight such encounters in his career.

Yet despite his experience in the Premier League and league titles claimed in Portugal, Italy and Spain, Mourinho says he felt the anxiety ahead of Sunday's clash.

"Before the match, a little bit, yeah," he replied when asked if he had felt the nerves. "For somebody to have that feeling is normal.

"One day, I took Real Madrid to Old Trafford and I asked Sir Alex [Ferguson], are you still nervous? 'Yes'. So I understood. Experience doesn't change things. You always have a little feeling."

United's win sees them top the table, but Mourinho does not believe his side needed to lay down a marker about their title aspirations.

"I don't think they need a statement. Everybody knows we're going to fight for the title. Winning it or not is another story. But we'll fight until it's possible," he said.

"If it's mathematically not possible one day, we'll think about top four. That would be a step up from last season, which is fine. But we want more than fine.

"I started bad with Inter, one draw at home, and we won the treble. With Porto, it was the same. But the reality is that winning the Community Shield has brought some happiness, then we've had a win away from home. We go into Friday [against Southampton] with a good feeling."

Eric Bailly delivered another accomplished display in the United defence and Mourinho has been delighted with his start to life at Old Trafford, though he was keen to praise his side's all-round organisation.

"When you buy somebody like him [Bailly] you have a question mark, whether he can adapt to a completely different situation. Playing in Spain, for Villarreal is different to Man U," he said. 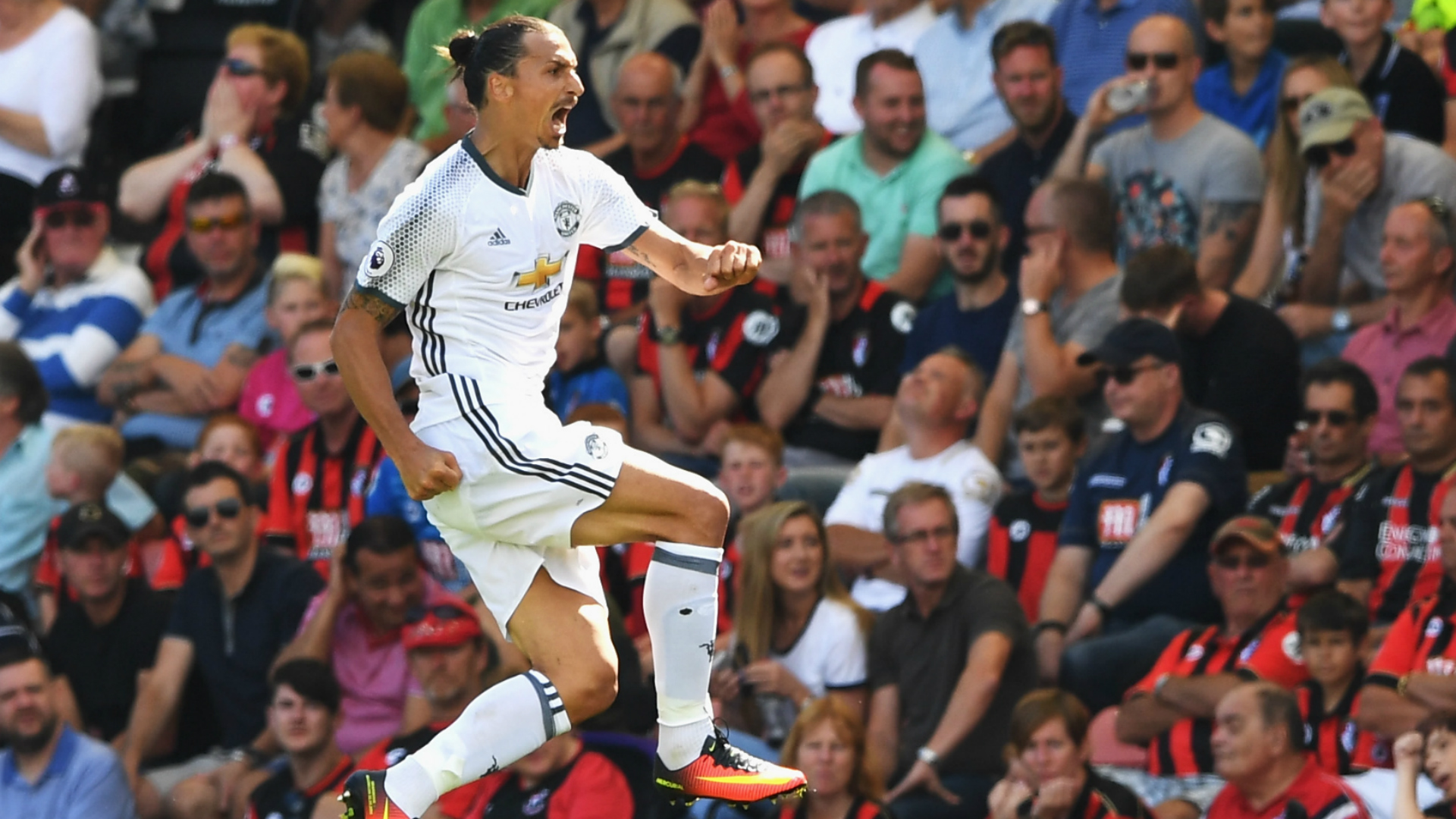 "But he's showing big personality. He was injured against Leicester and said nothing, played 90 minutes, and trained the next day.

"But to be surrounded by organisation makes life easier. The team was very organised. We created a habitat of stability. But he's showing great quality."

Mourinho reserved further praise for Ibrahimovic, saying the experienced striker has already proven to be an important role model for United's younger talent.

"His table for breakfast, for meals, he's surrounded by the kids. Luke Shaw, Marcus Rashford - these are the guys with him. He knows what he can be for them," he said.

"For the team, you have to forget the passport. The body, the mentality is not that of a 34-year-old guy. He's at the top of his qualities."